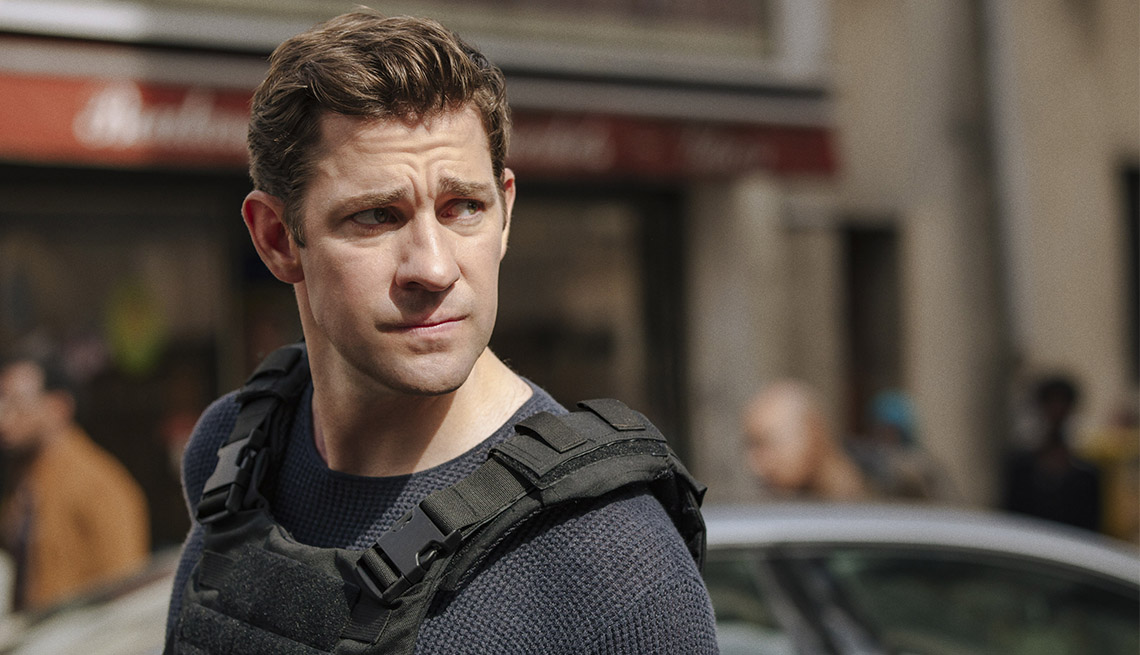 After 23 best-selling novels and five films, you have to wonder whether we really need another thriller about Jack Ryan, the brainy Marine turned Wall Street trader turned two-fisted terrorist-fighter. You'll agree the answer is yes, we do, once you see Amazon’s new series starring John Krasinski, former paper salesman from The Office. Crafted by Lost writers Carlton Cuse and Graham Roland, Tom Clancy's Jack Ryan (yes, Clancy's name is in the official title) is smarter than Tom Clancy’s original works and the movies made from them.

The show, which is available for streaming on Amazon beginning Aug. 31, looks sensational. No surprise as, according to show biz magazine Variety, the first eight-episode season cost $64 million. It's a new saga reimagined and updated from Cold War days to today's terror war, with Clancy's entertaining DNA intact. Krasinski blends the kindly intelligence of his Office character with muscular action in spectacular battles. His flawed beauty and aw-shucks reluctance to be a hero make him seem like an everyguy we can fantasize ourselves to be — a bit like the young Tom Hanks. You'd think bullets would bounce off those abs he has. He's like Jack Bauer with more smarts and a conscience.

Jack Ryan is a mild-mannered CIA economic analyst who notices some suspicious transactions that point to Lebanese terror leader Mousa Bin Suleiman (Arab-Israeli actor Ali Suliman, also seen on the excellent, fact-based 9/11 drama The Looming Tower), whose men just might be infiltrating Europe for ingeniously orchestrated mayhem. So far, it's much like 24 or Homeland. But Tom Clancy's Jack Ryan takes time to let dramatic tension build and to fill in the backstory of Suleiman's radicalization, so we can partly see things from his point of view while rooting for the CIA team to outwit his canny stratagems.

Do you remember all the actors who have played Jack Ryan? Watch this video.

Jack has a rich if uneasy relationship with his boss and mentor, James Greer (the great Wendell Pierce, 54, of The Wire and Treme), who's in the doghouse at the CIA, thanks to a mission gone wrong. Greer is suspicious of Jack's impetuous inexperience, impressed by his flashes of insight and is sometimes constructively insulting. Their intergenerational bromance rings true. Jack's love interest, epidemiologist Cathy Mueller (Klondike's Abbie Cornish), at first thinks he's a bit nerdy, since she buys his cover story about his top-secret job. When a government helicopter descends on a lawn party while he's attempting to woo her, whisking him off to Yemen to help Greer question Suleiman's henchmen, she begins to wonder if he's as boring as he claims.

Suleiman turns out to have serious personal troubles of his own, with a beloved brother and a wife who each go missing, which precipitates a series of chases that parallel Jack and Greer's hunt for him. Then the chases intersect in nail-biting ways. Jack and Suleiman develop into a pair of life-and-death chess masters whose moves are as gripping as you wish the lamer seasons of Homeland had been. Painful dilemmas erupt on all sides, and at times the terrorists’ moral journey reminds one of the heroes of Breaking Bad and Better Call Saul.

No spoilers about how it all works out, but be forewarned: Tom Clancy's Jack Ryan is habit forming. Seriously.