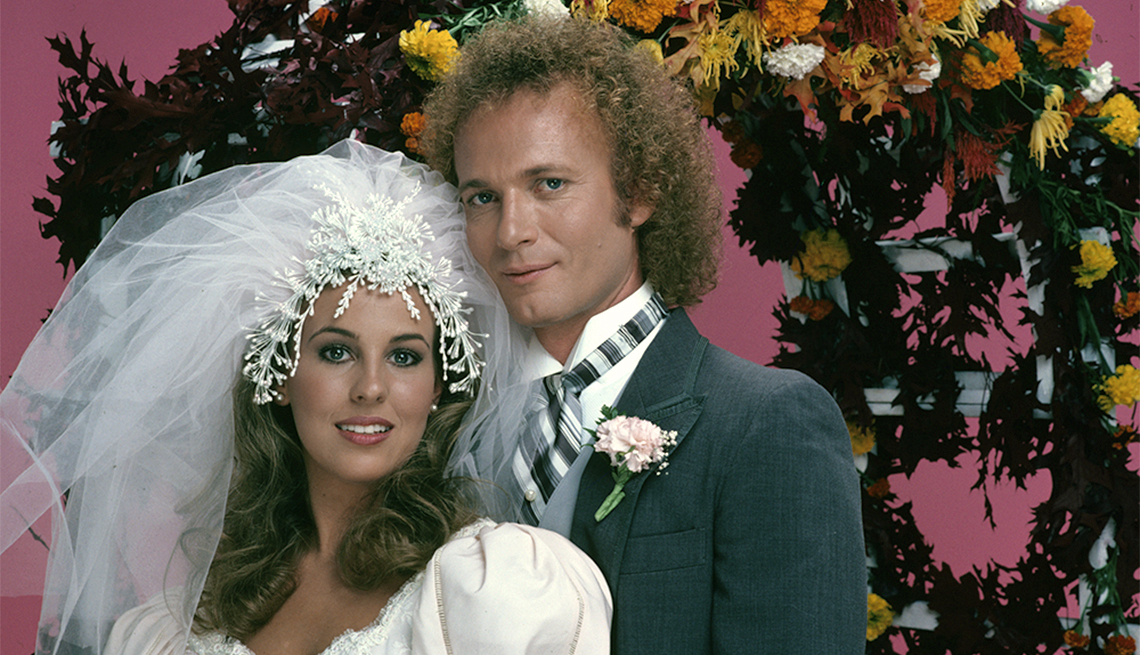 The soap opera wedding of the century came in 1981 on "General Hospital" when Laura (Genie Francis) and Luke (Anthony Geary) married.
Bob D'Amico/ABC via Getty Images
By
Shelley Emling
February 23, 2018

In 1963, a loaf of bread sold for 22 cents, the Beatles released their first album, and the epic Cleopatra was playing at the local movie theaters. And ABC’s General Hospital debuted on April 1.

That’s quite the accomplishment considering many nighttime TV shows consider it a significant achievement when they make it to 100 episodes. To put it into perspective, the animated Fox series The Simpsons made huge headlines in 2012 when it reached its 500th episode, crashing a barrier that had been crossed only by two other scripted series in prime time. Gunsmoke racked up 635 telecasts before going off the air in 1975, while Lassie aired 588 episodes before calling it quits in 1973.

Today General Hospital is one of only four soaps left on the air — CBS has The Young and the Restless and The Bold and the Beautiful, and NBC still airs Days of Our Lives. They all have suffered from audience erosion in recent years. General Hospital is also the only soap opera left on ABC after the network announced in 2011 that it would cancel One Life to Live and All My Children. Another trivia tidbit: The longest-running cast member on General Hospital is Leslie Charleson, who landed the role of General Hospital Chief of Staff Monica Quartermaine in 1977.

In 1977, when the show was desperate for a rebound, ABC hired the late Gloria Monty as executive producer. She lured in a whole new audience by introducing younger characters, such as Laura Spencer, played by Genie Francis. In 1981, when Laura married the love of her life, Luke, played by Anthony Geary, the daytime wedding drew an astounding 30 million viewers, which still holds the record for the highest-rated soap opera episode in the history of daytime television.

In 1995, General Hospital broke ground with its HIV/AIDS story line focused on 16-year-old Robin Scorpio, played then and now by Kimberly McCullough, and her first love, Stone Cates.

Currently, the soap opera is bringing to light a new key issue: dementia. It seems that Mike, the father of longtime character Sonny Corinthos, played by Maurice Benard, is suffering from Alzheimer’s disease, a challenge many of General Hospital’s older viewers can certainly relate to.

With February sweeps wrapping up next week, fans are sure to be treated to a shocking story line twist before March 1. On Twitter, General Hospital has been promoting #GH14000 to spread the word that something big is on the horizon.