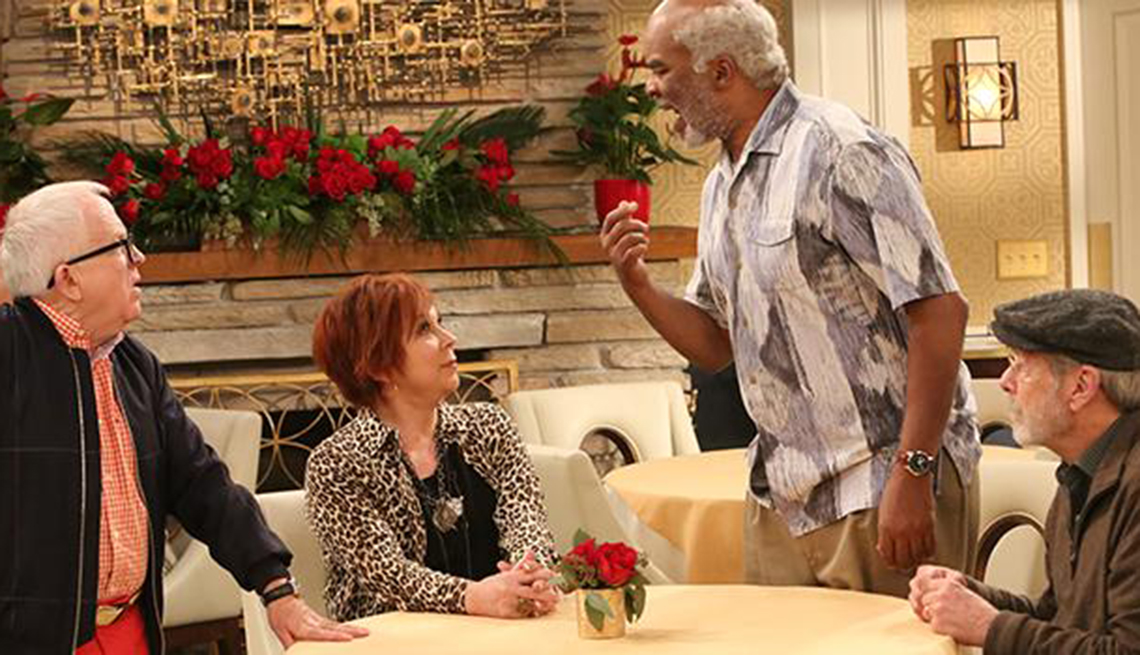 It's just another day at the Shady Meadows retirement home for (from left) Leslie Jordan, Vicki Lawrence, David Alan Grier and Martin Mull, who star in the sitcom "The Cool Kids."

Last week’s “upfronts” — the annual New York event where networks present their upcoming shows to advertisers, and give us all a peek at what’s about to be on TV — were a big contrast with 2017, when many skeptics thought this season’s Roseanne revival would fall flat as a reheated soufflé.

But it triumphed beyond all expectations, and now everything old is new again. At least 60 more revived shows are in the works, including an imminent reboot with the original cast (Murphy Brown), a remake with new players (Magnum P.I.) and a revival of a recently canceled sitcom (Last Man Standing). Here are the six most promising “new” shows for grownups that you’ll be watching this autumn:

Candice Bergen, 72, is back as an opinionated newswoman — a role she was born to play, since before the show’s 1988-98 original run, she was Tom Wolfe’s fellow Esquire writer in real life, and she turned down a reporter job on 60 Minutes. She reunites with costars Faith Ford, 53; Grant Shaud, 57, and Joe Regalbuto, 68, and Tyne Daly, 72, will play the sister of bartender Phil (Pat Corley, who died in 2006). “We’d been asked to bring it back a couple times before and [creator] Diane English and I both said, ‘No, I think we did that,' ” Bergen says, “but the election changed things.” Translation: Get ready for lots of Trump jokes — but we doubt there will be one about Bergen’s actual date with the future president in college. “I went out one night with Donald Trump and I was home by 9,” she tells AARP. 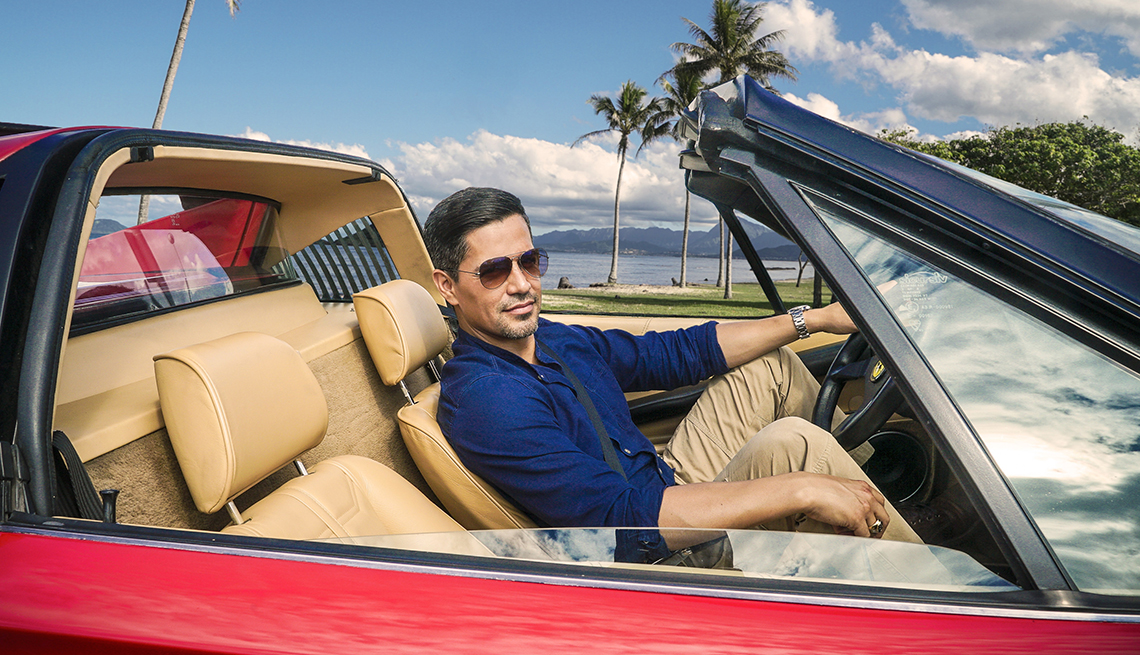 The new "Magnum P.I." is a modern take on the classic series now starring Jay Hernandez, who plays a decorated former Navy SEAL. He returns from Afghanistan and repurposes his military skills to become a private investigator in Hawaii.

Jay Hernandez (Scandal) takes over the role created by Tom Selleck, 73, as a Navy veteran turned Hawaiian private eye, with a stubbly goatee now instead of the iconic mustache. Thomas Magnum is still a Detroit Tigers fan who works for the Doberman-loving Higgins — although now it’s Juliet Higgins (Perdita Weeks). His pals Rick (Zachary Knighton) and T.C. (Stephen Hill) are also along for the ride in Magnum’s vintage Ferrari. Since CBS has managed to rebuild both Hawaii Five-O and MacGyver, there’s no reason to believe Magnum 2.0 won’t work, too.

“They’re growing old, not growing up,” reads the tagline for this ribald sitcom about the Shady Meadows retirement home. When a new resident (The Carol Burnett Show’s Vicki Lawrence, 69) tries to crash the “cool” table of three confirmed bachelors (Will & Grace’s Leslie Jordan, 63; Roseanne’s Martin Mull, 74; and In Living Color’s David Alan Grier), hijinks ensue. “We all like to think of ourselves as young and vital,” says Grier, “but I am 61.” Hey, having a grownup cast didn’t prevent The Golden Girls from being vital enough to attract 27 million viewers.

The hospital drama has been one of TV’s most enduring genres, and when last season’s breakout hit The Good Doctor joined Marcus Welby, M.D., ER and the still-running Grey’s Anatomy in the winner’s circle, executives wanted more such hits, stat! Now NBC, which already has Chicago Med on its roster, adds this series starring Ryan Eggold as a doc who tries to shake up a Manhattan hospital. The twist: He has cancer. Eggold is a familiar face to NBC viewers from his years on The Blacklist as the often-brutalized Tom Keen. “I am now one of the world’s leading experts on pain acting,” he jokes. Sounds like pure viewer pleasure — and at least now he’ll have plenty of meds handy.

Nathan Fillion fought crime on ABC for eight seasons on Castle, and he’s back on the beat as a small-town cop who becomes the LAPD’s oldest newbie. At the upfronts, Fillion reflected on where his career has taken him. “I started out this gig as the youngest son in a rich family on a soap opera,” he said, “then I was somebody’s uncle, then I found myself playing a dad to a baby, then a dad to a young adult. Now I find myself playing the oldest rookie. Life changes.” 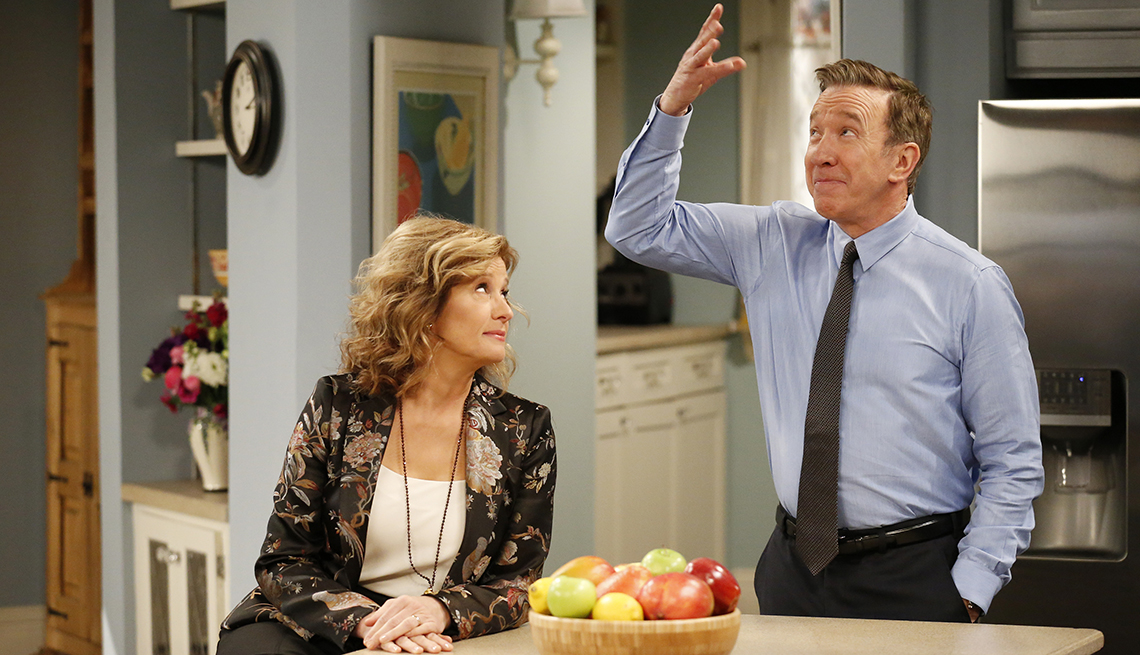 Nancy Travis and Tim Allen return as Vanessa and Mike in "Last Man Standing," which will now air on Fox.

ABC raised eyebrows when it axed this popular sitcom starring Tim Allen, 64, in 2017. Time was when that would’ve meant permanent curtains for the show, but now that revivals rule the tube, it’s being resurrected on Fox — with its entire cast intact. “There are certain things in life you just know have reached their end, including the mayonnaise in the green room,” Allen quipped at the upfronts. “But Last Man Standing wasn’t one of those things. The fans wouldn’t leave this alone. It was really quite remarkable.” To paraphrase another of Allen’s characters (Toy Story's Buzz Lightyear), this show could run to infinity — and beyond.