Much of Elvis Presley lore has been reduced to pop culture caricature. The swiveling hips. The curled lip. The sequined jumpsuits. The garish Graceland mansion he bought for his adored mama, Gladys.

It all added up to the king of rock ‘n’ roll: obese, diabetic and addicted to painkillers, taken from the world at age 42 by a heart attack.

If Thom Zimny, the director of a spellbinding new documentary about Presley, has his way, that king is dead. Six years in the making, Elvis Presley: The Searcher, a two-part, three-hour documentary premiering April 14 on HBO, admirably shifts the focus from myth to music in a sensitive, comprehensive and revealing examination of the forces that shaped Presley and the depth of talent and passion that took him to international stardom.

The CliffsNotes version of Presley’s life, found in too many biographies and anniversary specials, dwells on early sizzle and late decay, overlooking the rock icon's fervent creative quest to find his voice and musical identity. The Searcher probes beneath the lazy headlines, from Presley’s impoverished childhood to his final Jungle Room recording sessions in 1976.

Zimny was granted access to the Presley estate’s video and audio archive. He also cast a wide net to gather previously unreleased recordings and images, resulting in a pool of 6,000 photos as well as copious film footage and every studio session from Presley’s entire recording history.

Pearl Jam guitarist Mike McCready provides a superb original score. Viewers hear various influences perform and Gladys (for the first time) singing gospel songs. But it is Presley’s music that sets the mood for every turn, especially the less familiar material. Zimny spotlights the sad and gripping "Hurt," recorded in the studio at Graceland roughly a year before Presley’s death, and the power and poignancy of his vocals underscore the magnitude of the music world’s loss in 1977.

Sony Legacy has released the soundtrack to Elvis Presley: The Searcher (available digitally and as a single CD or double vinyl LP), with 18 songs as heard in the documentary, including rarities and such hits as "Heartbreak Hotel," "Hound Dog" and "That’s All Right." A 3-CD deluxe edition box set holds 55 tracks, including songs that inspired Presley's and McCready’s original instrumentals.

The Searcher's first part details his youth in Tupelo, Miss., his musical awakening in Memphis and his swift rise to fame. 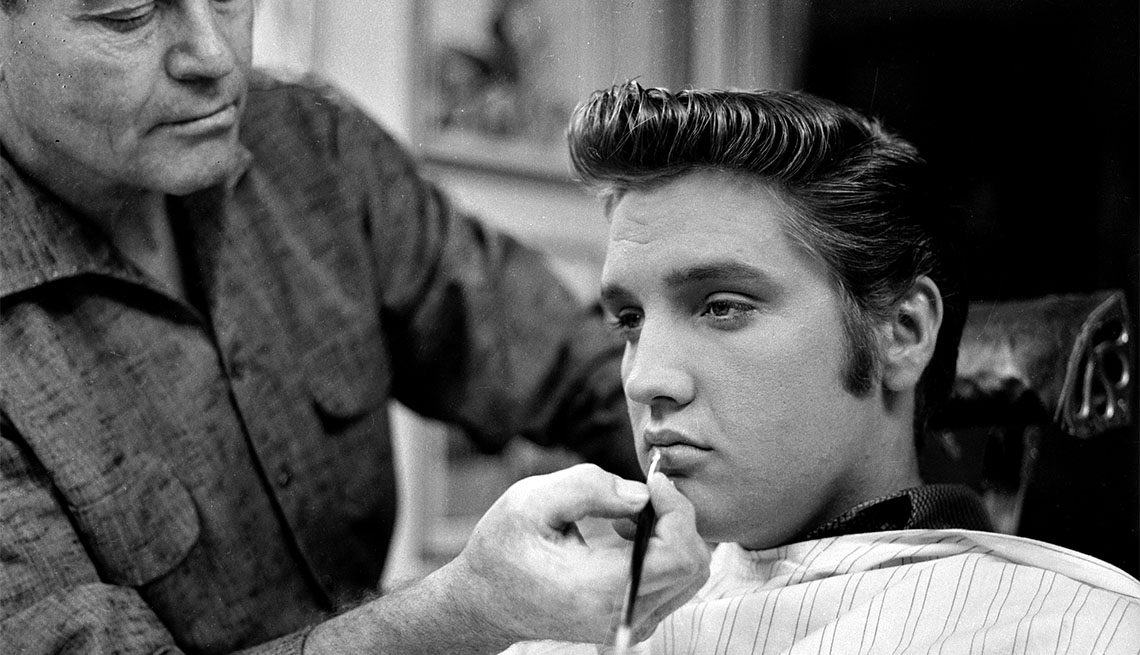 Elvis Presley, the rock idol who kept the girls screaming, sits in a chair as a makeup artist highlights his lips backstage at "The Ed Sullivan Show" in 1956.

When the family moves to Memphis, Presley is transfixed by the music in black nightclubs and churches. He prowls Beale Street’s night life and worships on Sunday, soaking up influences to construct “his version of himself.” Gospel moves him — literally. His signature pelvic gyrations spring from the wailing and flailing of congregants engaged in praise dance.

He blends country, R&B and crooning, concocting a sound and persona that Sun Studios founder Sam Phillips had been dreaming of: a charismatic white artist who could bring the intoxicating rhythms of black music to the mainstream. Presley’s early RCA recordings light the fuse of an explosive career. But at the end of part one, Presley has been drafted, putting his career in limbo.

In the second half, Presley returns from the Army and the picture darkens as his manager, Col. Tom Parker, pushes him into a series of B movies while the pop world falls under the spell of the British Invasion.

Zimny uses the fabled Elvis Presley ’68 Comeback Special, a TV concert that restored the singer to glory, as evidence of the star’s undimmed powers. His potential went untapped, though, as Parker failed to match him with creative collaborators and instead regarded Presley as a personal piggy bank. He swayed the superstar to spend years on silly movies and to undertake grueling tour schedules. That led to more uppers and downers, which led to bloating, misery and death.

Petty defends some of Presley’s more outlandish and desperate moves as daring ambition, and rather than mock his musical excesses, Springsteen credits him for attempting to “be a vessel that could contain the entirety of the American experience.”

If The Searcher treads lightly on Presley’s failings, it’s only to help tilt the man’s public image closer toward reality. The cartoonish perversions that have plagued Presley’s legacy hardly befit the visionary who rose from the dirt-poor rural South to not only help invent rock ‘n’ roll but also serve as its monarch.

More on the "The King" 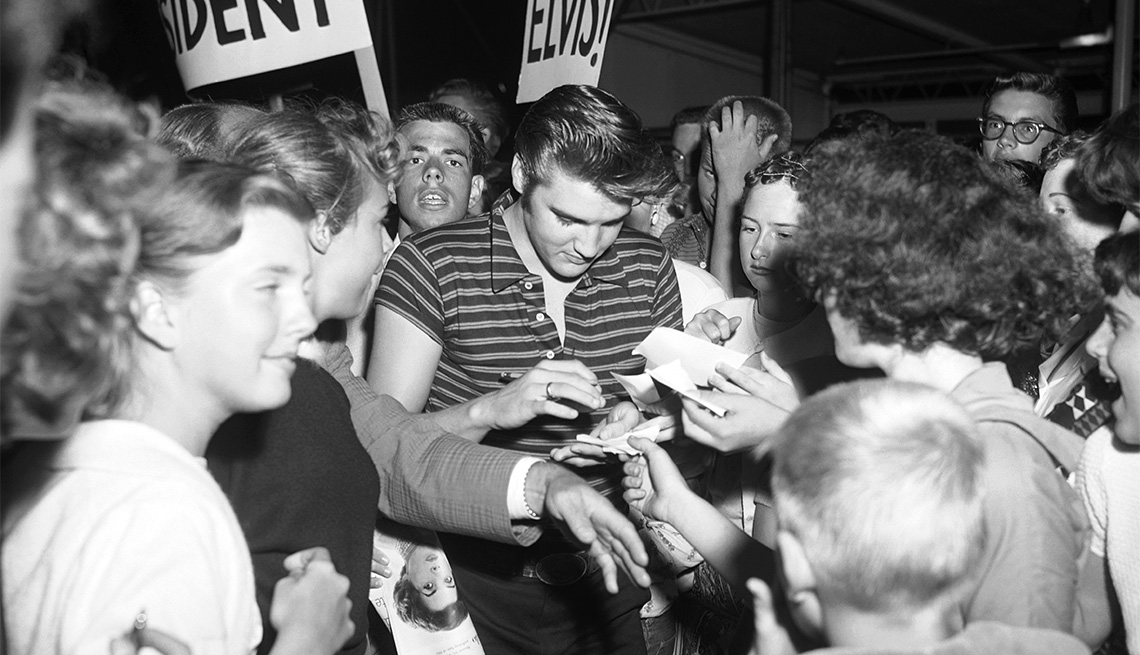 Tell Us Your Favorite Elvis Memory