OK, let’s play catchphrase. Here are your hints to identify the two over-50 cast members who will compete on the new season of ABC’s Dancing with the Stars that begins on March 20.

If you can’t immediately guess from those catchphrases, chances are good you either missed the 1980s or you never watched an episode of The Love Boat. Or both. 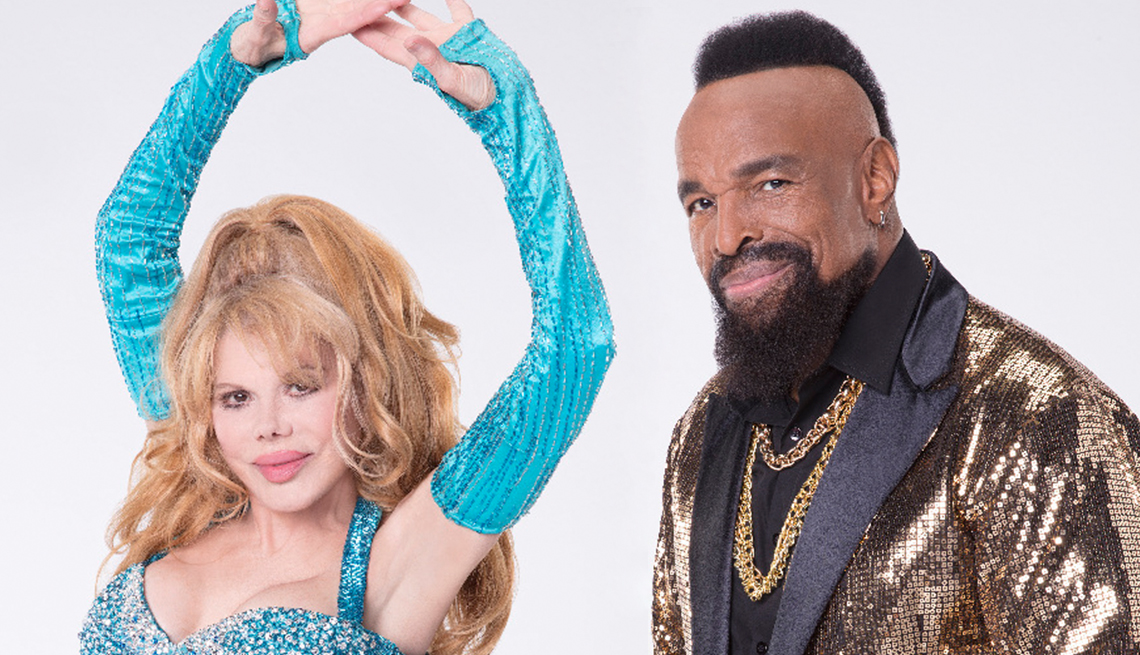 Among the 12 cast members who will sashay onto the dance floor this spring for the 24th season of DWTS is Charo, the Spanish-born actress, comedian and musician who found fame in the 1970s via disco hits like the aforementioned “Cuchi-Cuchi.” Most audiences know her best from her long career as a TV talk show guest and guest star on shows like The Love Boat, Fantasy Island, The Hollywood Squares and – more recently – Jane the Virgin and RuPaul’s Drag Race. But Charo is more than just the jiggly Cuchi-Cuchi girl. She’s an accomplished guitarist and recording artist who has headlined long-running live shows in Las Vegas and Hawaii. She’ll turn 66 on March 13, a week before the DWTS premiere.

Does the T in Mr. T stand for tango? We’ll find out when the gregarious, all-bark-no-bite ‘80s icon joins Charo as the elder members of this season’s cast. Besides his Mohawk and those ubiquitous gold chains, Mr. T, 64, is best-known for his turn as Clubber Lang, Rocky Balboa’s menacing rival in 1983’s Rocky III, and for his role as B.A. Baracus on The A-Team, one of that decade’s best-loved TV series. Since then, Mr. T has displayed many talents — he has written books, recorded albums and even tried his hand in the pro wrestling ring — but dancing would seem to be a brave new realm for the actor.

Charo and Mr. T will be attempting to join Donny Osmond and Jennifer Grey as the only over-50 winners of the long-running dance show, which will celebrate its 400th episode with this season’s premiere. Osmond was 51 when he took the ninth season title in 2009, and Gray was 50 when she won the trophy two seasons later.