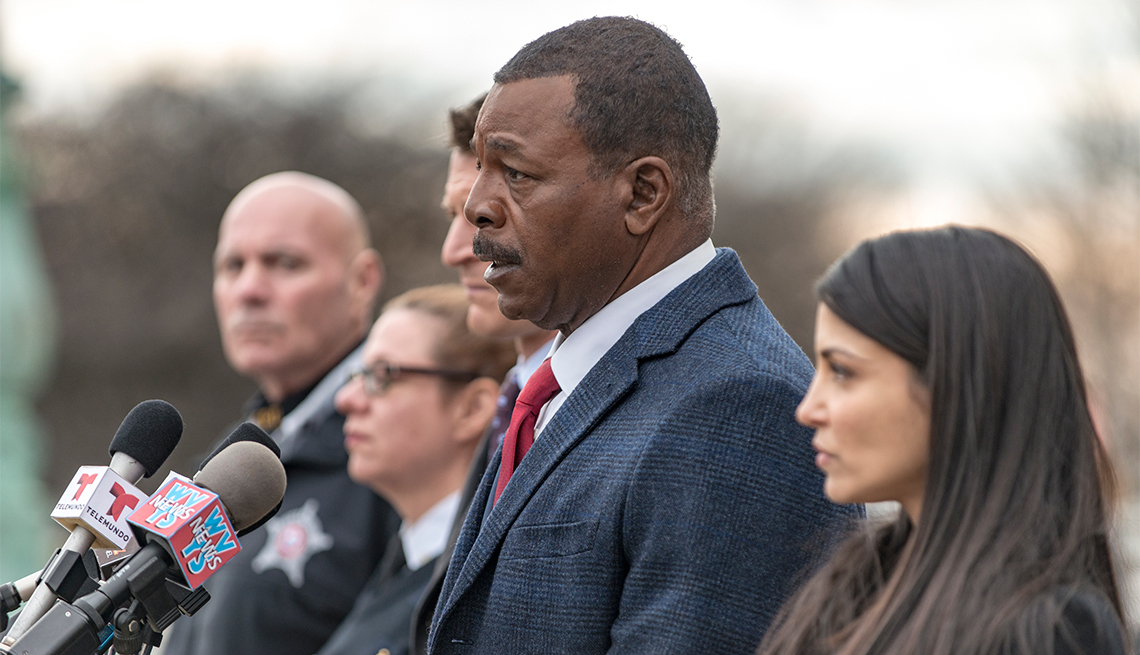 He's best known as Apollo Creed in Sylvester Stallone's Rocky, but Carl Weathers, 69, has aced a range of roles in his 50-year career, including some great comic bits in Arrested Development and Happy Gilmore. His latest role is a state's attorney in NBC's new series Chicago Justice, from Law & Order creator Dick Wolf, which premiered this month.

He's not the retiring type.

"Retirement as some concept of stopping doesn't make sense to me," he says. "I can't relate to that. I want to be constantly learning. … I think it keeps me at least young mentally and young at heart."

A star at San Diego State, Weathers was briefly a linebacker for the Oakland Raiders, from 1970 to 1971, then joined Canada's British Columbia Lions before retiring from football in the mid-'70s.

Although Weathers is the veteran on the Chicago Justice set, he says, "I learn from everyone that I'm around, including the grips and camera operator, and, of course, our writers and director."

He may be Apollo again someday.

Weathers made four Rocky movies with Stallone but had no part in the latest one, 2015's hit Creed — no great surprise considering that Apollo was killed in the fourth installment. In a recent interview with Variety, Sly mused that Weathers might make an appearance in an upcoming Creed 2 (in flashbacks, perhaps?), but Creed director Ryan Coogler has been quiet on plans for the sequel.