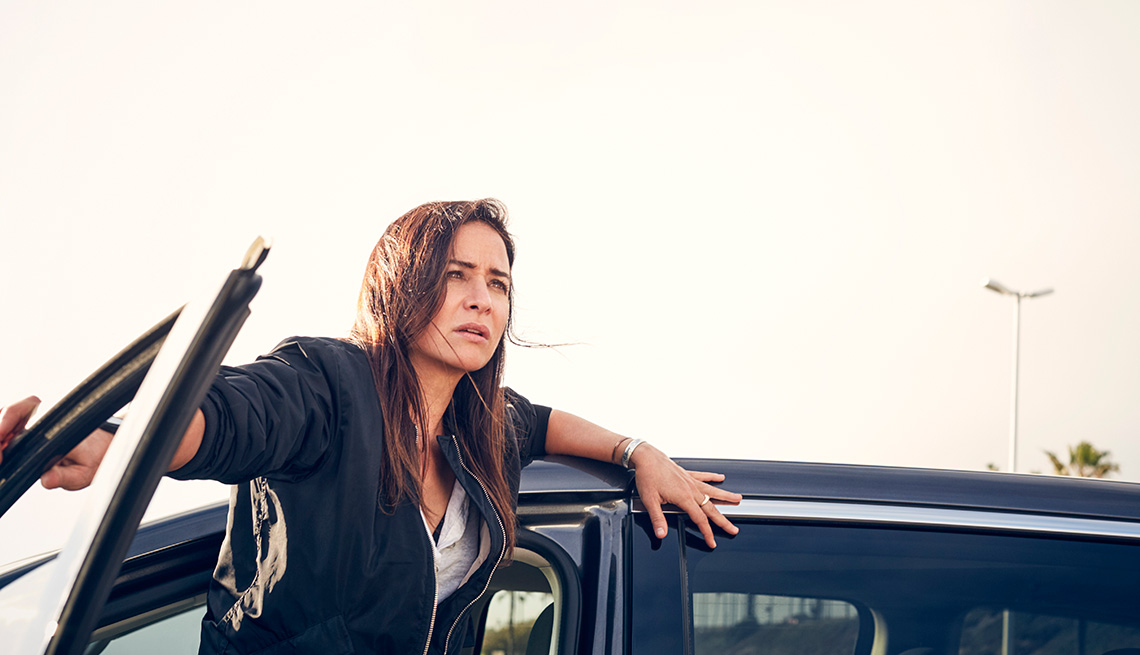 Pamela Adlon is the creator and star of "Better Things."

On the binge-worthy first season of the FX comedy Better Things, Sam Fox, a woman in her 50s, quips to a friend that the scary part about getting older isn't death, it’s “young people.” She adds: “It’s like we’re the Indians and they’re the white settlers. And they keep coming, and they take all our resources, and all we’re left with is diseased blankets.”

“I think it’s important to be able to touch on that stuff, instead of having it be a taboo subject,” says Pamela Adlon, 51, who plays Sam as well as cowrites and coproduces Better Things with comedian Louis C.K., 50.

The show, the second season of which premieres on FX Sept. 14, is a refreshingly frank, wry and sometimes bawdy portrait of the trials and insecurities of parenthood, sex and aging — with some heartfelt and melancholy moments among the chuckles.

Adlon's Sam is a struggling actress, voice-over artist and single mother of three daughters. She lives across the street from her sweet but infuriating mother (played brilliantly by the British actress Celia Imrie, 65). Her kids drive her nuts with their adolescent angst and irreverence — “Can you get me pot?” her oldest daughter, Max, asks her incredulous mother — while Sam faces the fact that she’s solidly middle-aged in a profession hungry for youth.

So how autobiographical is the show? It’s not about her, says Adlon, who has been nominated for an Emmy for her role, but it’s “definitely the bones of my life.” Like Sam, Adlon is an actress (though no longer struggling), voice-over artist and single mother of three daughters. She lives next door to her English mother. 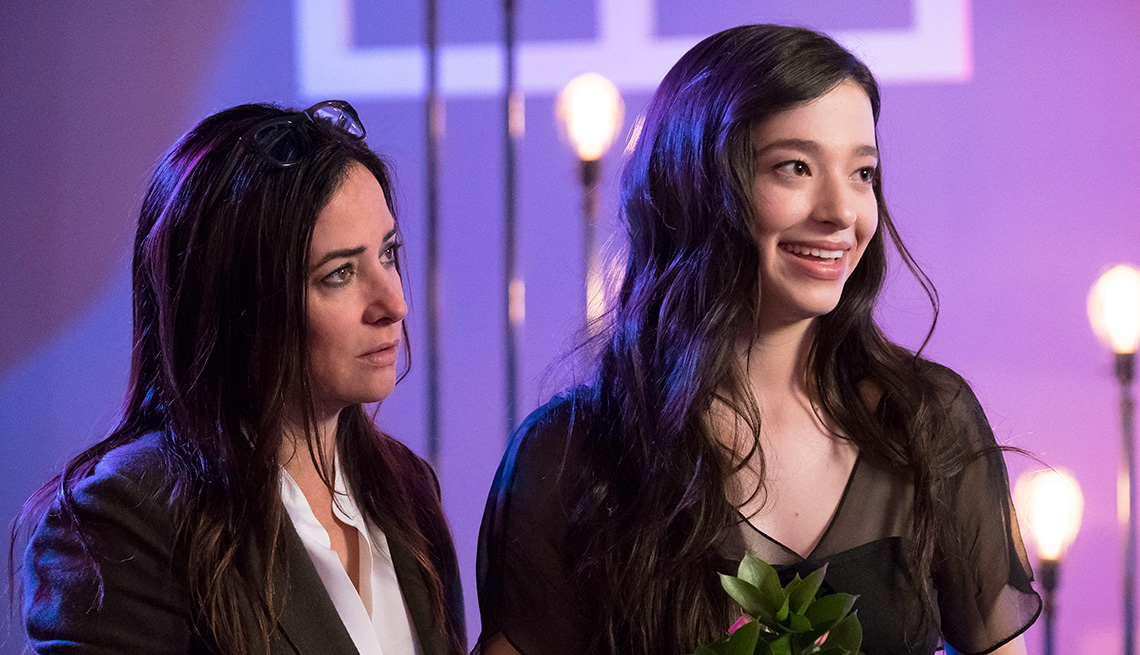 And like Sam, who’s sandwiched between two generations, she says, “I’m sandwiched as [expletive].”

But Adlon says the Sam vs. Pam comparisons should stop there. Her actual daughters are each several years older (20, 17 and 14) than the fictional characters, for instance, and she doesn’t mine their real-life experiences for storylines — at least not much. She adds that she’s not as emotional and outrageous as Sam. “I’m not as much of a loose cannon,” she says. “She’s more like me from my teens and early 20s. More impulsive.”

Adlon is no stranger to show biz. Her dad was a TV writer and producer, and she’s been working as an actor since the early 1980s — she had a small part on The Facts of Life — and more recently played the memorably raunchy Marcy Runkle on the explicit Showtime series Californication from 2007 to 2014. And fans of the FX series Louie, starring Louis C.K., recognize her as Louie’s pal and sometimes girlfriend, and also as his wife on C.K.’s earlier show, Lucky Louie. But she’s probably most known as a voice actress, thanks to her Emmy-winning role as 12-year-old Bobby Hill on King of the Hill.

With her resonant, raspy voice, she says she’s recognized less often by sight than by sound: “When I talk, people whip their heads around.”

Adlon is typically clad — on set and off — in black, with jeans and a pair of clunky boots. When she has downtime, she likes to watch old classic movies, sometimes science fiction or horror. Her youngest daughter, Rockie, still lives at home. Her oldest, Gideon, is an actress, and middle daughter Odessa is in college.

Though she could easily pass for 40, Adlon says she no longer pretends to be younger than she is — and the honesty feels good. “We’re hardwired as actors to hide our age. When I turned 50, I wasn’t even sure how old I was because I had been lying to myself so long. Now I’m fine with all of it,” she says. “It’s awesome.”