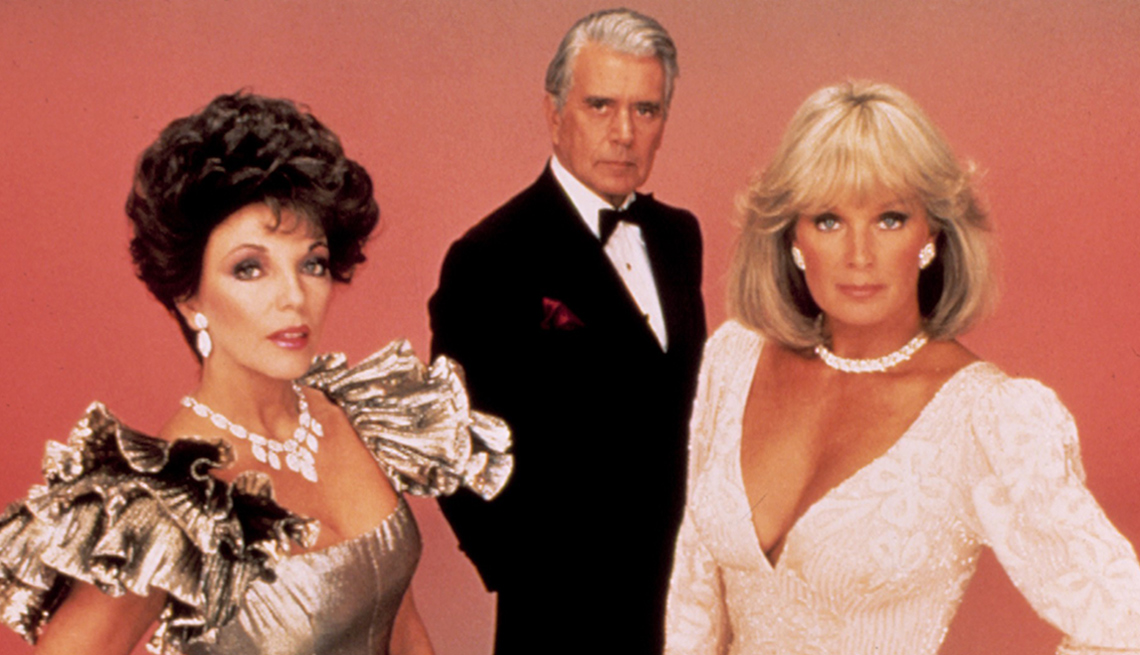 The sequined clothing, the shoulder pads, the big hair — these were among the trademarks that Aaron Spelling’s prime-time soap opera “Dynasty” was known for when it ran on ABC from 1981 to 1989.

Although the show was a signature 1980s drama, it’s coming back next season in a very different era on CW, the network announced this week.

The series revolved around the rivalry between two rich, feuding and screwed-up oil families in Denver, the Colbys and the Carringtons. The main characters were played by the dashing John Forsythe; Linda Evans, as his wife; and Joan Collins, as his troublemaking former spouse.

The remake will focus on younger characters, with Grant Show, Elizabeth Gillies and Nathalie Kelley in lead roles, USA Today reports. It will be produced by Josh Schwartz and Stephanie Savage, who are behind the teen hits “The O.C.” and “Gossip Girl.”

In 1985, “Dynasty” was the number-one show in the U.S., according to the Hollywood Reporter.

CBS, which owns half of the CW and is producing the series, controls Spelling’s library, according to USA Today. CW also remade Spelling’s teen soap “90210,” which aired from 2008 to 2013.