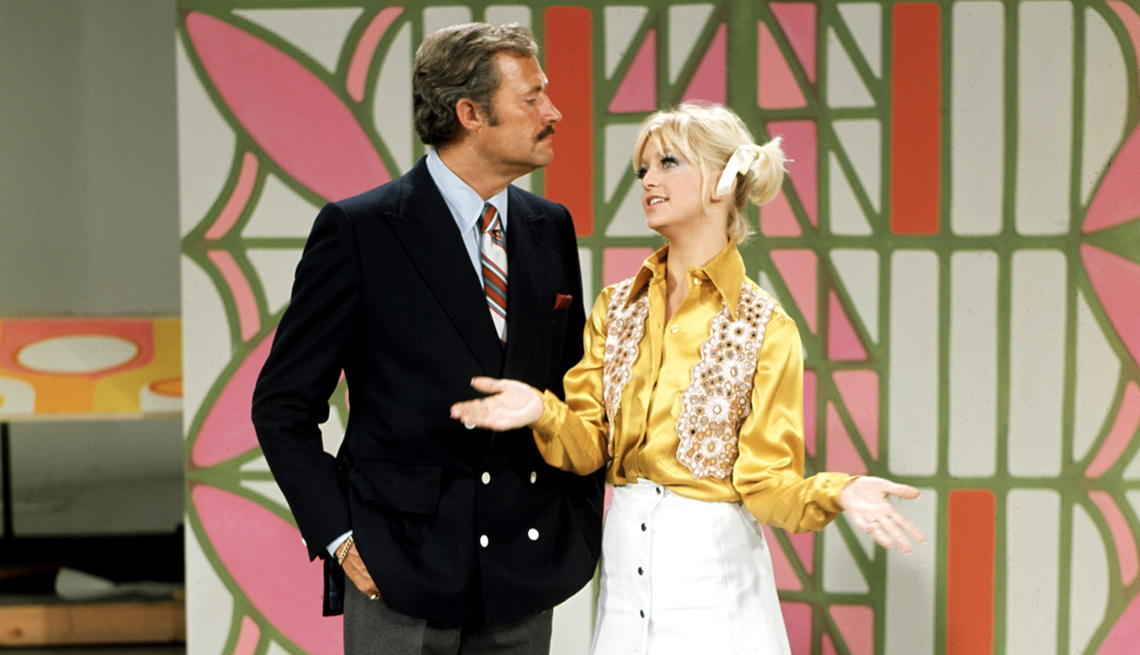 The 1967 one-time special led to a popular, boundary-pushing comedy series.

“Rowan & Martin’s Laugh-In” turns 50 this year, and there’s renewed interest in the comedy show that made “Sock it to me!” and “You bet your sweet bippy” popular catch phrases.

Sept. 9 will be the 50th anniversary of the first airing of "Laugh-in," which started as a one-off TV special and was expanded into a series the following year. To commemorate the occasion, Time Life is releasing a $249.95 DVD set of the entire series.

“Laugh-In,” which aired 140 more episodes from 1968 to 1973, was unlike anything else on TV at the time. It blended vaudeville gags with Ernie Kovacs–style absurdist humor, 1960s hipster lingo and fashion, and topical satire — all delivered with nonstop, rapid-fire gags. The program also gave us an early glimpse of actresses Lily Tomlin and Goldie Hawn, who would go on to become major Hollywood movie stars.

In a Los Angeles Times interview, Tomlin recalled that the production was as wild and fast-paced as what viewers ultimately saw. “There was no audience,” she said. “They would be setting up the set for a joke, filming another joke and breaking down another set all at the same time.”

The offbeat show became such a hit that celebrities from Peter Sellers to John Wayne to Diana Ross were eager to make cameos. But perhaps the biggest surprise was when presidential candidate Richard Nixon made a brief appearance in 1968, in which he uttered only the phrase “Sock it to me.”