Virginia Madsen, Killing Us Softly With Her Words

As she prepares to star in 'American Gothic,' Virginia Madsen hopes for a role that lets her 'do things I can't in real life. Like murder people' 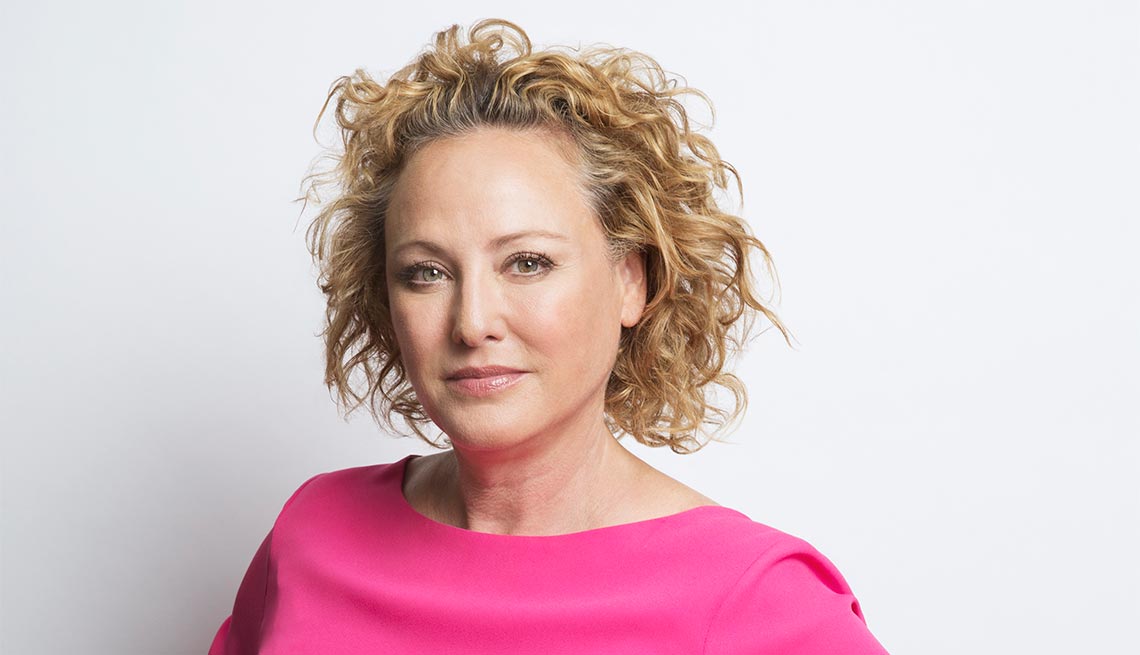 When we caught up with Virginia Madsen, who plays the matriarch of a twisted family suspected of harboring a serial killer in this summer's new TV drama American Gothic, not enough episodes had been filmed for the actress to find out if she's the murderer. But as she proved while fielding our questions about acting and aging, the glamorous 54-year-old Oscar nominee (for Sideways, 2004) has been killing it recently on all fronts:

Q: What can you tell us about your role in American Gothic?

A: Well, I'm the matriarch of the wealthy Hawthorne clan in Boston, and one of my daughters is running for mayor. Evidence comes to light that someone in the family had something to do with a string of murders in the city 14 years previous. I'm hoping the killer is me.

A: Because one of the best things about my job is getting to do things I can't in real life. Like murder people!

Q:  Not that we know about, anyway…

A: [Laughs] Exactly! Madeline Hawthorne is a powerful woman. She rules with an iron fist, but it's covered with a velvet glove.

Q: A natural role for you?

A: Well, she's very much like me in the way that family comes first, above all else, and God forbid you should stand in the way of my children! I have a college-age son now, and I've surprised myself how fierce I get on the phone with him: "You're the best. …You're doing amazing work. … I'm so proud of you!" Then I hang up and immediately I'm like, "Who was that?"

Q:  Did you pick up that ferocity in the movie business?

A: Well, I think my natural strength is that I'm from the Midwest; we're very grounded people. We have a common enemy in Chicago, and that's the winter; it makes you strong, and it makes you tough.

Family, and loyalty and believing that everything will be OK against all odds are a big part of life in Chicago, too. That's why we love the Cubs. [Laughs]

Q: How do you feel about playing a matriarch on American Gothic?

A: Oh, it's a natural for me. One of the benefits of getting older [as an actress] is they give you kids in your movies and TV shows, and a lot of younger actors who've played my kids remain in my life. I wouldn't say I mother them, but I certainly mentor them. I started working when I was 19, so I have many years of experience — I have a lot of good advice I can give them, and I do. I tell my younger colleagues, "Hang in there," "It only gets better the older you get" and "You just get better at everything you do."

I don't have issues with aging. For one thing, the parts I get now are so much better than in my 20s, when I was just the chick. Or the girl. Or somebody's wife. In a lot of roles you get at that age, you don't have an awful lot to say. And to screenwriters' discredit, many younger friendships are depicted as frivolous, or the women are [depicted as] enemies — which is not the case most of the time, in my experience.

Q: Is there a role you've always wanted to play?

A: Oh, yes — I'd love to play a Bond villain. Someone who's supremely evil and wants to take over the world. There's something delightful about that to me because I couldn't do that in real life — I'm not conniving.

Q: "Madsen the Madwoman." Just how devious would you be?

A: I would have a scientific mind and manipulate everyone to do my bidding.

Q: Your mother was a filmmaker, right? And the two of you made a movie together?

A: Yes, it came out on May 10, and it's called I Know a Woman Like That. My mother, Elaine, directed it. It's about women from 65 to 95 who are living active and extraordinary lives at a time when the world tells you to go away and get old. But the movie's not about how to be young; it's about how to be old, and what is it to be old?

This is a conversation women are having that's not in the mainstream media, where they'll show you a woman who's 70 and say, "She looks like she's 30! Isn't that amazing!?" But that's not how most people age; they don't have a glamorous makeover.

Instead, the women in our film talk about the physical challenges of aging, and they talk about sex. We used that title because everybody does "know a woman like that" — the woman who's 90 and out in her garden every day. Or the woman who might be in a wheelchair, but by God she sings to everyone every day, and she has such an extraordinary outlook on life that you wonder, Why is she like that?

When younger women watch the film, they realize how much they have to look forward to, and that turning 60 or 70 is not a death sentence. At one point Gloria Steinem says, "A good indicator of who you're going to be at 60 and 70 and 80 is who you were at 9, 10 and 11." You know, when you were still yourself and you were climbing trees; that's when you were still clear-eyed, before puberty changes everything.

And I thought, Oh wow, I really liked myself then!

One of my biggest problems growing up was that I was always worried and ruminating and playing what-if scenarios in my head: What does that person think of me? Do they like me? Do they not like me?

I don't spend an awful lot of time doing that anymore — it's a waste of time, really. I like where I've arrived in life.