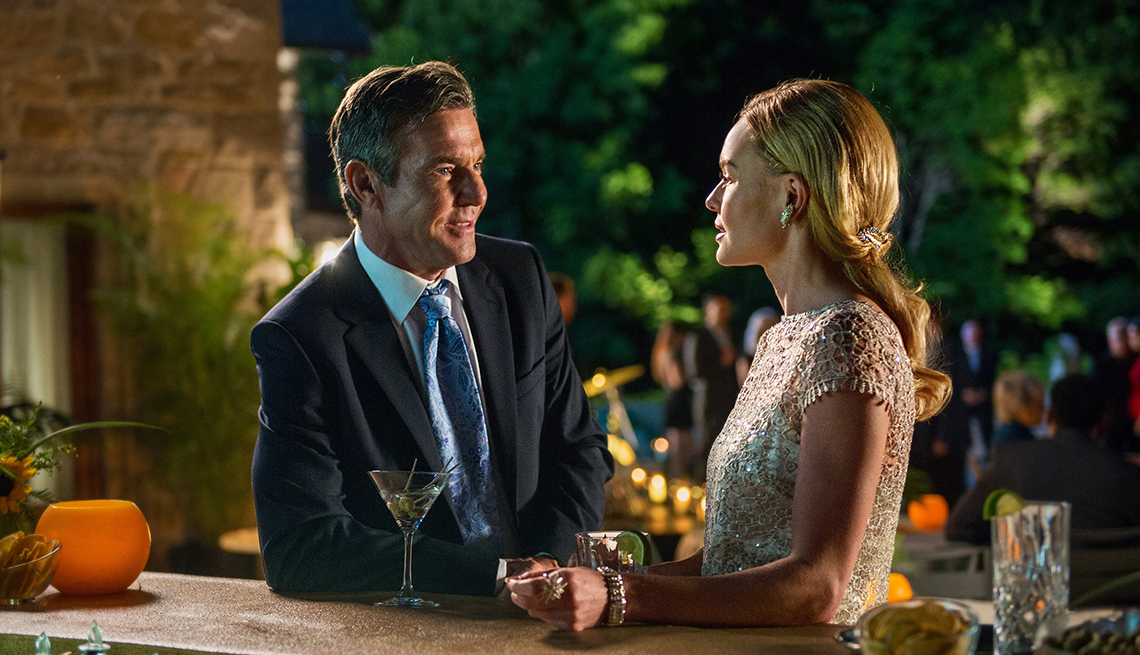 Dennis Quaid and Kate Bosworth in "The Art of More"

Dennis Quaid is still working hard at 62. This fall he stars in two series: The Art of More on the web channel Crackle and Fortitude on the cable channel Pivot. He's not all about the work, however. He's a passionate golfer — even playing in Iceland — and devoted dad of three.

Your character on The Art of More is a New York City real estate mogul with political aspirations. That sounds like someone we know.

I know! We started filming two months before Donald Trump announced he was running for president. All of a sudden, what was coming out of Trump's mouth was the same stuff I was saying. The difference is, on the show people weren't buying what my guy was selling.

I like this role. It's different for me. Usually, I'm the guy who's shooting a movie at 2 a.m., up to my waist in mud, wearing a T-shirt when the crew is all wearing parkas. Here, I'm a billionaire. I'm wearing nice suits, I go to plays, I eat at nice restaurants. It's nice to be a billionaire!

The show focuses on the high-stakes world of art auction houses. Are you an art connoisseur?

I wouldn't say I'm a connoisseur. I'm an appreciator. I've loved art since high school. My gateway was I fell in love with Van Gogh.

You're a famously devoted golfer. Because TV work can be so time consuming, I wonder if you get to play as much as you do when you're making movies?

I do! Especially while filming The Art of More. It's something of an ensemble show. I have plenty of days off, so I have lots of time for golf.

How about when you go to Iceland to work on your other show, Fortitude? Are there places to play golf up there?

I did play there, but let me tell you about the eighth hole! It's very interesting. A river came through and washed the green out, and all that was left was mud. So they stuck a flag on a stick, and then they made a mound of sticks and rocks to prop it up.

Both of your new shows have a limited number of episodes that are available all at once. It seems actors now prefer such series to traditional network seasons of 22 episodes in part because it a less grueling schedule.

Yeah. It's kind of like making an elongated movie. It's all about binge watching. Everybody's becoming guilty of that. It's the thing to do. There's a lot of insomnia — a lot of sleep deprivation going on in this country now because of binge watching.

Your oldest child, a son with ex-wife Meg Ryan, is already a successful actor (Jack Quaid of The Hunger Games ). Do you think your twins, now 8, will want to follow the example of their older brother?

I want my kids to do anything that they feel passionate about. I tell them, "Figure out what it is you love to do — I don't care what it is — and then figure out a way to get paid for it." That's a key to happiness, I think.