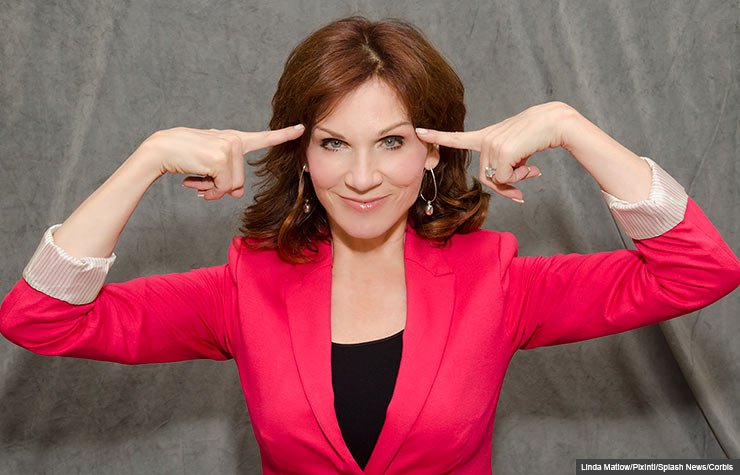 Although Marilu Henner made her name playing gutsy, sexy, red-haired divorced mother Elaine O'Connor-Nardo on the TV series Taxi (1978-1983), she has a much more impressive claim to fame: Henner has Highly Superior Autobiographical Memory, or H-SAM — the ability to recall the slightest details of nearly every day she has lived. There are 13 known cases worldwide. 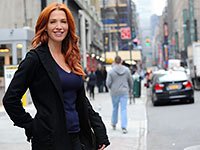 Poppy Montgomery (pictured) plays a Marilu Henner-inspired memory-endowed detective on Unforgettable. The real Henner is a technical consultant on the series, and she frequently guest stars as a woman with early-onset Alzheimer's.

Give Henner a year, and she'll tell you what day of the week her birthday was on. 1975? April 6 of that year fell on a Sunday, Henner instantly recalls. (In case you're wondering, it's also the day she turned 23.) Point out a pair of shoes in her closet, and she can recollect the day she purchased them: "These are old — Oct. 18, 2007."

Since November 2009, neurobiologist James McGaugh has been studying the uber-retentive memory of Henner and others in his research lab at the University of California, Irvine. His discoveries will be woven into the third season of Unforgettable when it returns to CBS on July 28. Poppy Montgomery plays memory-endowed New York police detective Carrie Wells and Mark Nelson plays an unmistakably McGaugh-like character named Eugene Lustig.

"I've had this memory since I was 5 years old," says Henner, "but I've exercised it through the years. So it's got a very strong nature, but it's also something I nurture — they're equal to me."

Henner, who recently raised $100,000 for the Alzheimer's Association, says people "can probably improve their brains" by sampling some of the "nurture" exercises she has devised (which McGaugh has also tested in his UC lab). "Things like crossword puzzles and sudoku are helpful for one part of your brain," she says. "But many different parts of the brain must be activated in order to retrieve a memory."

We asked Henner to share her tips for how you can tune up your memory.

"Every person has one thing they remember better than any other thing in their life," says Henner. "This is what I call their 'primary track.' For some people, it's travel; for others it might be sports, relationships, food, places they've lived, jobs they've had, their children's lives or even certain television episodes." If your most vibrant memories are attached to travel, for example, think about the trips you've taken, "then start filling in the blanks."

2. Use your senses as powers of recall

"Once you've determined your primary track, cross-connect that with your dominant sense — sight, sound, touch, taste or smell. Let's say you took that trip in 1997; what music was popular then? If you have a strong auditory sense, it's amazing how many memories start to come back once you take this ride." Others will find certain odors (of food or perfume, for example) more evocative; still others cannot make memories blossom without using tactile or visual cues. "Trying out sense memories is an ongoing process," says Henner. "Don't do it all in a weekend, but meditate on it once in a while." 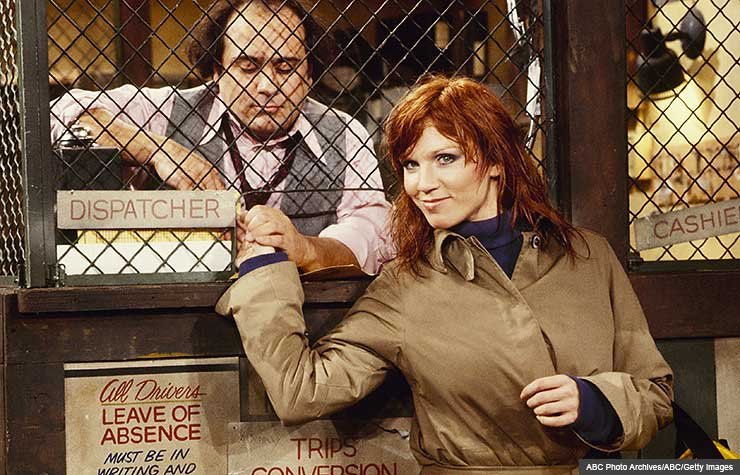 "What's good for your body is good for your brain," says Henner. "Fruits, vegetables and legumes — basically any nutrient-rich foods — are all considered memory enhancers. Don't waste your time eating a lot of crap." And, she adds, don't forget to stay well-hydrated.

4. Sear in your memories

As you experience events throughout your day, ask yourself, "How can I bake this into my brain and make it a little more vivid?" For example, try doing a "sound check" every once in a while: What am I really hearing now? "Take a mental snapshot," suggests Henner, "or take a picture with your phone. Just try to grab something from the day. You can also try 'scrolling through your day' at night: As you brush your teeth, run a one-minute movie montage of that day's occurrences. That second go-round makes a huge difference."

"It's amazing how much bigger and brighter memories can become," notes Henner, "when you take the opportunity to spark off of someone else who was present in your past." For Henner, that's often her youngest brother, Lorin, her coauthor on the best-selling Total Memory Makeover: Uncover Your Past, Take Charge of Your Future. "He had forgotten an entire trip that we had taken together," she recalls, "and when I started prompting him, he kept saying, 'Oh my gosh! It's like a whole part of my life was missing, and now I have it back.' " 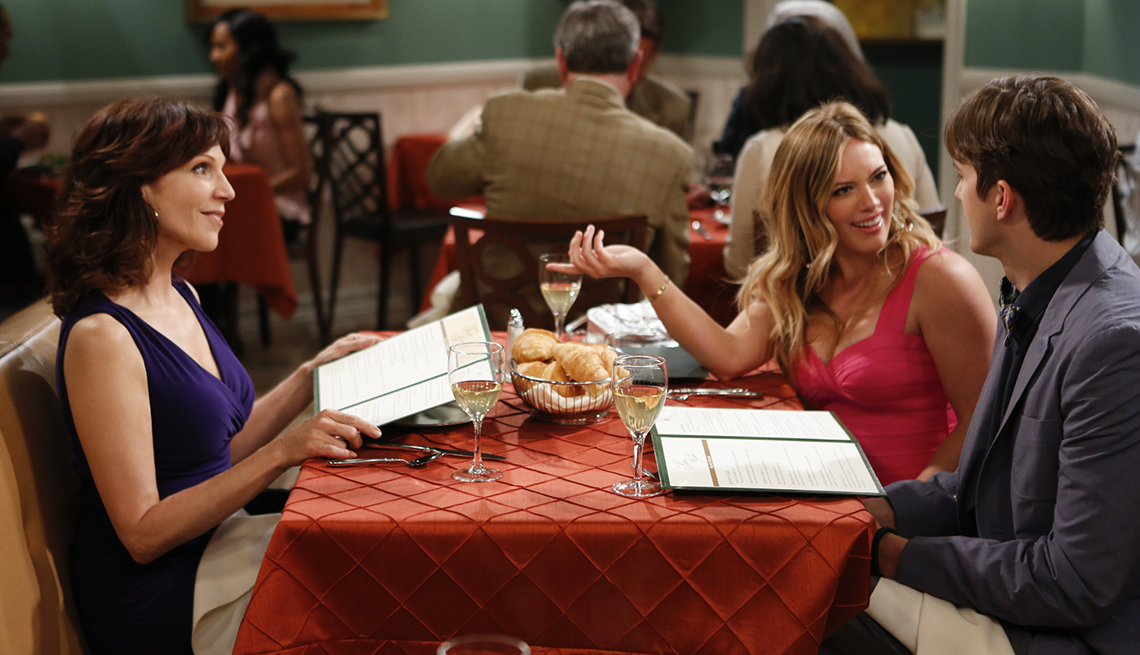 How To Be A "Sexygenarian"

I loved Marilu Henner's recent appearance as Linda, the sophisticated grandmother of Hilary Duff's character on Two and a Half Men: Ashton Kutcher's Walden Schmidt finds her so irresistible he forgets all about her vapid granddaughter.

Henner, a trim 61, makes Kutcher's memory lapse easy to believe. And he's not the only Hollywood type pursuing her these days: Henner hosts an eponymous talk show on the Genesis Communications Network; she appeared on the 13th season of Celebrity Apprentice this spring; and she'll be a strong presence on series TV this summer, with recurring roles in The Glades (A&E) and Unforgettable (CBS).

Of Henner's current projects, Unforgettable is closest to her heart — and brain: Her Highly Superior Autobiographical Memory was one inspiration for the crime drama, which she supports as both technical consultant and occasional guest star. (Henner plays Edie Tripp, the Alzheimer's-afflicted aunt of the protagonist, an NYPD detective with near-total recall.)

Though Unforgettable was canceled by executive fiat last year, it was resuscitated by popular demand. That may explain the unusual timing of its third-season debut: July 28.

"There's a lot more memory stuff this season," reports Henner. "Now that the audience has known this character [Poppy Montgomery's Carrie Wells] for a year, we can have more fun with her. You'll see her do some of the things I do: spitting information back at people, retaining details about people when I meet them. It's a lot of fun."

And yes, strangers do stop Henner in the street to test her memory. "Most people give me their birth date, and I tell them what day of the week that was. Then I'll turn that around and tell them the day of their 16th or 21st birthday. That gets them trying to figure out what they were doing that day."

Henner rises at 4 a.m. to do her radio show, then moves on to other tasks — and also finds time for family with husband Michael Brown, the former University of Chicago classmate she wed in 2006, and her two teenage sons from her second marriage. "I've never been much of a sleeper," she confesses. "Five to six hours a night is enough for me."

Juggling multiple assignments may be bred in the bone for Marilu Henner. "I grew up in a crazy family, with a lot of businesses going on under our roof," she recalls (perfectly, of course). "My mother had a dancing school in the backyard and a beauty shop in the kitchen. My uncle taught art classes upstairs. We also had the neighborhood astrologist, and ran a cat hospital on the roof."

Hmm, cats in the belfry? Somehow that explains a lot.