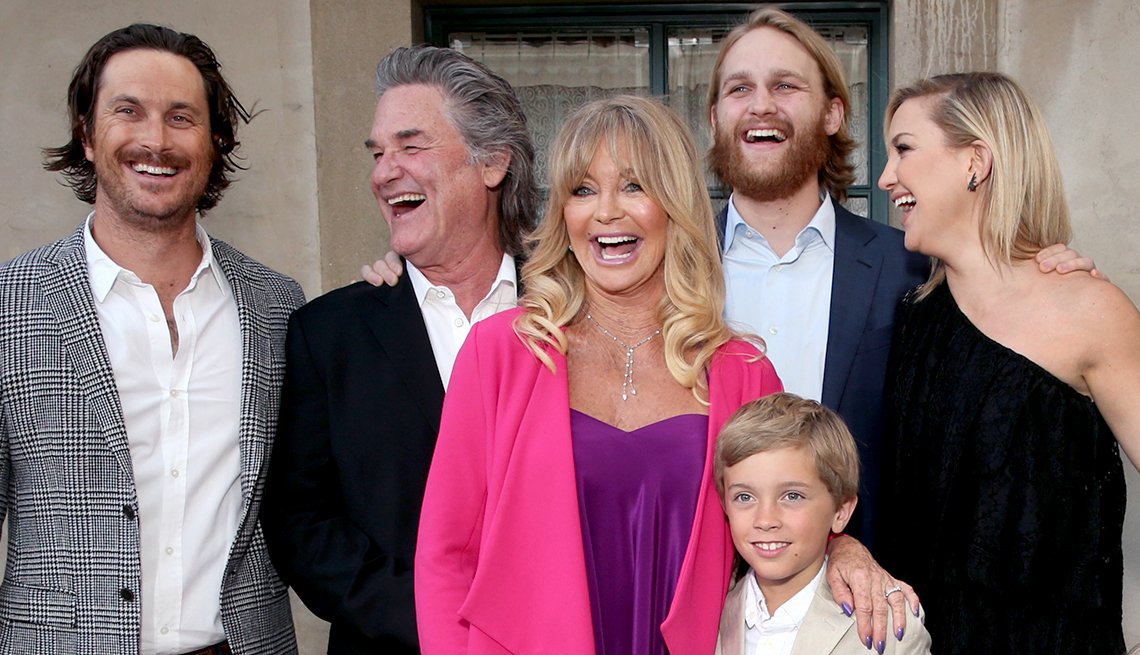 Snatched star Goldie Hawn, 71, who looks like she’s in a slow-aging contest with Helen Mirren, made — and sometimes produced — $1 billion worth of movies and earned 14 Oscar, Emmy and Golden Globe honors. So why has it been 15 years since her last movie?

Partly because, as her character observes in The First Wives Club, “There are only three ages for women in Hollywood; Babe, District Attorney and Driving Miss Daisy.” Nine years younger than Jessica Tandy in the latter film, Hawn would need more years to play Daisy convincingly. Yet she only got Snatched because Amy Schumer insisted on her casting. Like Reese Witherspoon and many other A-list young’uns, Schumer regards Hawn as a role model.

But there could be a deeper reason for her huge hiatus: Hawn, who once told me that producing a movie is a lot like raising a family, is one of the most doting moms in Hollywood, devoted to spending endless quality time with what her daughter Kate Hudson calls the “traveling circus” of her family.

Hawn was a sensational role model for her kids. Having grown up at a time when the industry treated women even worse than it does today (young Hawn, billed by the press as a “delectable bonbon,” dodged many a lecher), she made sure Kate didn’t get devoured. “I’ve learned to say exactly what I think,” Hawn told me. “I’m raising my daughter that way.”

She seems to be as good at mothering as she is at moviemaking. Like her mom, Kate earned an Oscar in her early 20s — the bonbon doesn’t fall far from the chocolate box — and Kate’s sibs Oliver Hudson (Rules of Engagement), whose dad is Goldie’s ex Bill Hudson, and Wyatt Russell (22 Jump Street), her son with Kurt Russell, the love of her life, also grew up to be movie stars, often on set (or in scenes) with Goldie or Kurt.

“My gosh, she’s like Mother Hubbard,” her Housesitter costar Dana Delany told me. “There’s just kids around her all the time. I think she thrives on it. She likes to be the eye of the storm.” On that 1990 film, Hawn directed Oliver, then a 13-year-old extra, saying, “Oliver! Stay at your start mark, you must pay attention!” Hawn’s kids learned to pay attention.

Yet in some ways, Granny Hawn, who is called GoGo by the grandchildren, is still a kid at heart. “She has this knack for staying childlike about acting, yet being a mother when she has to,” Delany said.