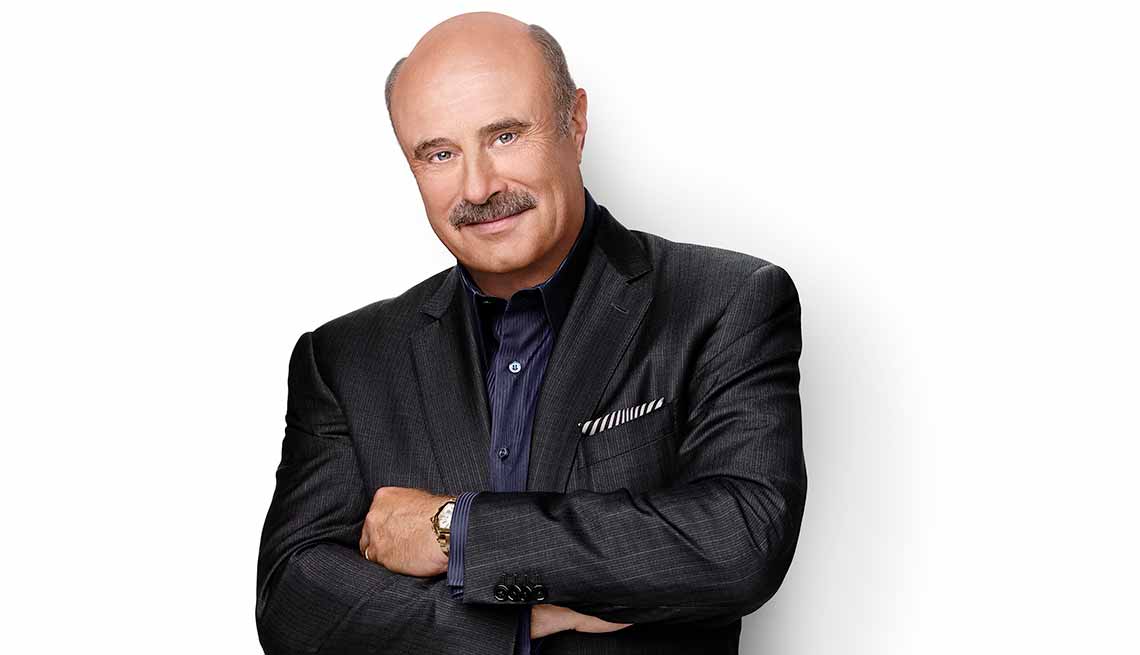 I'm 65. A friend said to think about those years as a big yardstick, laid out on the ground, that goes from 0 to 85. Walk along it, and stand on your age. Look over your shoulder. I went, "Wow! There's not so much ahead, relative to what's behind me!"

At that point you go, "OK, now's the time to become aware of how I want to spend the years that are left. Maybe I didn't have a lot of wisdom between 20 and 40, or even between 40 and 60, but I sure can use these next years to their highest value."

Saying yes, not no

You always hear that Hollywood is a bunch of stars surrounded by yes-men, but I hire people who argue with me. I have 300 staffers. About 290 are women. They know my audience better than I do. I'm not my demographic. I'll say, "I don't want to do this episode." They'll say, "Oh, yes, you do," and they're always right. I've turned into the yes-man.

When I moved with my dad to Kansas City after ninth grade, we wound up virtually homeless. Eventually we got a one-bedroom, but we didn't have money for electricity. That little cracker-box apartment got cold in December. Today, when someone comes on the show and says, "We don't know if we can make rent next month," well, don't let the suit fool you — I've been there.

To tell you the truth, I'm very shy. When we take commercial breaks on the show, they last about five seconds. The producers fill in the commercials later because I'm uncomfortable standing there for three and a half minutes with nothing to do. Put me in front of an audience, and I don't get nervous at all. But a cocktail party is my hell.

I made a huge shift at age 50, moving from Texas to California to get into TV. They said the 81 shows that had launched before mine had failed. There is real anxiety in those numbers, but here's the thing I asked myself: What have I always wished I'd done that I might try in some way now? That guided me. If you're in a transition, make this a second chance. As soon as you get past the thought I have to do this and get to I'm trying this venture I've always wanted to try, you're living your authentic life.

As told to David Hochman.