We the people over the age of 50 are 100 million strong. We will soon control more than 70 percent of the disposable income in this country. We buy two-thirds of all the new cars, half of all the computers and a third of all movie tickets. We spend $7 billion a year shopping online. Travel? More than 80 percent of all the premium-travel dollars flow from our credit cards. Add it all up, as my AARP colleague Jody Holtzman did last year, and U.S. adults who are over 50 ka-ching as the third largest economy in the world, trailing only the gross national product of the United States and China! 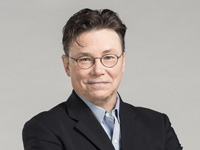 And still, older Americans are virtually ignored by marketers mired in last century's obsession with youth. In fact, only 5 percent of advertising is directed at older consumers, according to Nielsen, which has been tracking Americans' habits for decades. It's insulting.

As veteran ad man Bob Hoffman put it recently, "Almost everyone you see in a car commercial is between the ages of 18 and 24. And yet, people 75 to dead buy five times as many new cars as people 18 to 24." Nielsen calls people 50 and up "the most valuable generation in the history of marketing."

So why are businesses sticking with their 18-to-49 obsession? Old habits die hard.

In the 1980s, when I worked at Rolling Stone, we punctured Madison Avenue's perception that boomers were impoverished, lazy hippies. In reality, these young consumers were setting the country on an economic roll that would last for decades. And guess what? Those same boomers are now crossing the mid-century mark, and as you can see from the statistics above, we haven't stopped spending, traveling, adapting and living life to the fullest.

A few smart executives have figured out that the times are a-changin' — once again. The population of 50-plus consumers is projected to grow by 34 percent between now and 2030. At AARP, we humbly serve this population every day, and six times a year we bring you a spanking-new issue of the largest-circulation magazine written and edited expressly for Americans 50-plus. So read on, and then spend a few of your hard-earned dollars with companies that aren't afraid of a touch of gray.