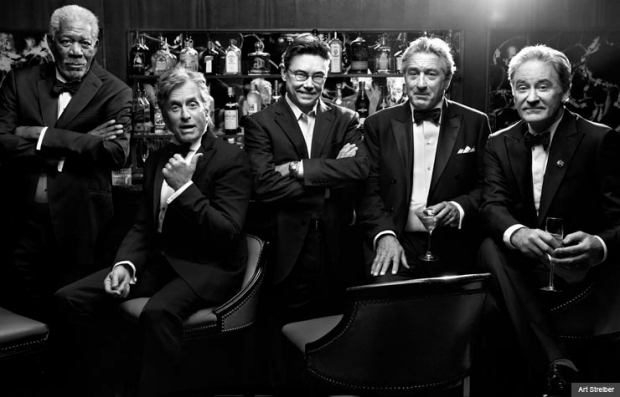 From left, as if you didn't know: Morgan Freeman, Michael Douglas, your editor in chief, Robert De Niro and Kevin Kline — more than 300 stage and film roles, six Oscars and a couple of Tonys among them. And now, with "Last Vegas," they add a buddy movie for grownups.

An introduction, if you have a minute. That's me, smack in the middle of those four very handsome guys — perhaps the greatest gathering of male acting talent ever assembled on a magazine cover. (See our interview with Last Vegas stars Morgan Freeman, Michael Douglas, Robert De Niro and Kevin Kline.) 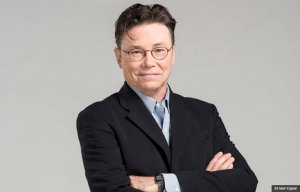 Robert Love, editor in chief of AARP The Magazine.

The photo was taken backstage at the shoot for my first issue as editor in chief of this smart, sharp magazine, which was guided for the past five years by my gifted predecessor, Nancy Perry Graham. I am proud and honored to put my shoulder to the wheel at AARP The Magazine, whose mission, as our readers know, is to improve the quality of life for tens of millions of Americans as they cross the threshold of midlife.

I consider myself blessed to be born a mid-century American, and I have taken much of my journey as a typical member of my generation: I grew up in the suburbs in a crowded home (five kids), watched Leave It to Beaver, and later the Beatles on The Ed Sullivan Show. I wept at the news of John Kennedy's death in 1963 and cheered the moon landing and the New York Mets' first World Series victory six years later. I did the obligatory postcollege backpacking tour of Europe, followed by a year (or more) of dropping out, playing in rock bands, teaching guitar and assorted other pastimes of the young. Skydiving? Twice. Motorcycle? Check. Eventually I turned to journalism as a profession, something I've been trying to get better at for more than 35 years.

After starting as a fact checker at New York magazine, I spent 20 years at Rolling Stone, where I learned much of what I know about the craft of editing from the magazine's founder, Jann Wenner. Oh yes, I also got to work with Hunter S. Thompson, Tom Wolfe and P.J. O'Rourke.

For the past decade, I've passed on what I know to students at Columbia University's Graduate School of Journalism, worked at a few other magazines and written a book on yoga's twisted history. Somewhere along the way, I convinced a beautiful ballerina named Nichol Hlinka to share this journey.

So, let us begin. I pledge to uphold the mission of this magazine, to address your concerns, answer your questions, keep you entertained and informed on the issues most important to you. If I fail to live up to that promise, I invite you to let me know.  — Bob

Share your thoughts about the magazine and your lives at aarp.org/magtalk.