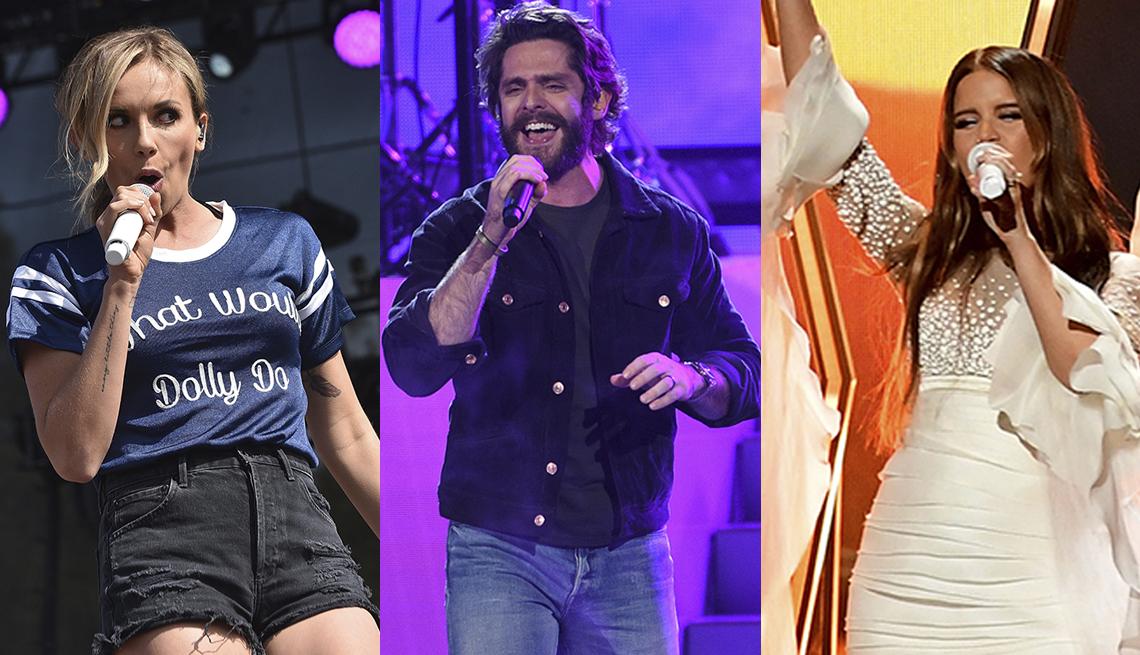 Who doesn't love a Dolly Parton, Loretta Lynn or Merle Haggard tune? But a whole new wave of young talent is lighting up Nashville (and the Billboard Hot 100 chart), and we've pulled 10 terrific singles into one fun, youthful playlist. Use our guide to listen on Pandora or YouTube, or scroll down to the bottom of the article to stream the whole playlist right now on Spotify. Then watch your kids’ or grandkids’ faces when they turn up one of these songs and you know all the words!

Irish singer-songwriter Hozier joins Morris, 30, in this potent duet, a remake of the song that appears on her 2019 album Girl. Morris compares a strong relationship to a well-built home: “The house don't fall when the bones are good."

Barrett, 20, finished third on the 2018 season of American Idol and wasted no time building on that momentum. She wrote this vengeful breakup tune with friends Zach Kale and Jon Nite.

Another reality TV star, Wallen, 27, competed on both Usher and Adam Levine's teams on The Voice in 2014 before being eliminated, then bounced back with two No. 1 hits on the country chart. In “Chasin’ You,” he's desperately chasing a former paramour “like a shot of whiskey."

The studio version of this song was issued shortly after Combs, 30, introduced it via a livestream in April while the singer was in quarantine. The timely tune examines the frustrations of isolation and finds him missing such ordinary pleasures as “giving hugs and shaking hands."

"Be a Light,” Thomas Rhett

Rhett drafted Reba McEntire, Hillary Scott, Chris Tomlin and Keith Urban for this COVID-19 Relief fundraiser that serves as a balm for a world in turmoil. Rhett wrote the inspirational ballad last year and had no intention of releasing it until current circumstances compelled him. The chorus urges, “In a world full of hate, be a light."

"After a Few,” Travis Denning

"I Hope You're Happy Now,” Carly Pearce and Lee Brice

Pearce, 30, joins Brice, 41, for a duet about a breakup told from two sides. Their fine voices blend beautifully, and the anguish is palpable as Brice mends his crushed heart while Pearce grapples with the guilt of walking away.

Steel guitar and a traditional country feel underpin this heartfelt song by female duo Madison Kay Font and Taylor Elizabeth Kerr, both 24. The song eavesdrops on a woman calling her mother about a painful breakup: “I wanna kick myself for falling so hard/Momma, can you die from a broken heart?"

"In Between,” Scotty McCreery

McCreery, 26, straddles the sensible middle between extremes in a smart country anthem that bristles with steel guitar and bold percussion. The American Idol alum sings in the chorus, “I ain't all holy water and I ain't all Jim Beam, I'm somewhere in between.” It's a highlight from McCreery's third album Seasons Change.

Louisiana native Davis, 32, delivers a warm romantic croon on the third single from his debut album Home State. He dreamily imagines “spinning you around by the Walmart sign and moving our feet over the painted white lines.”