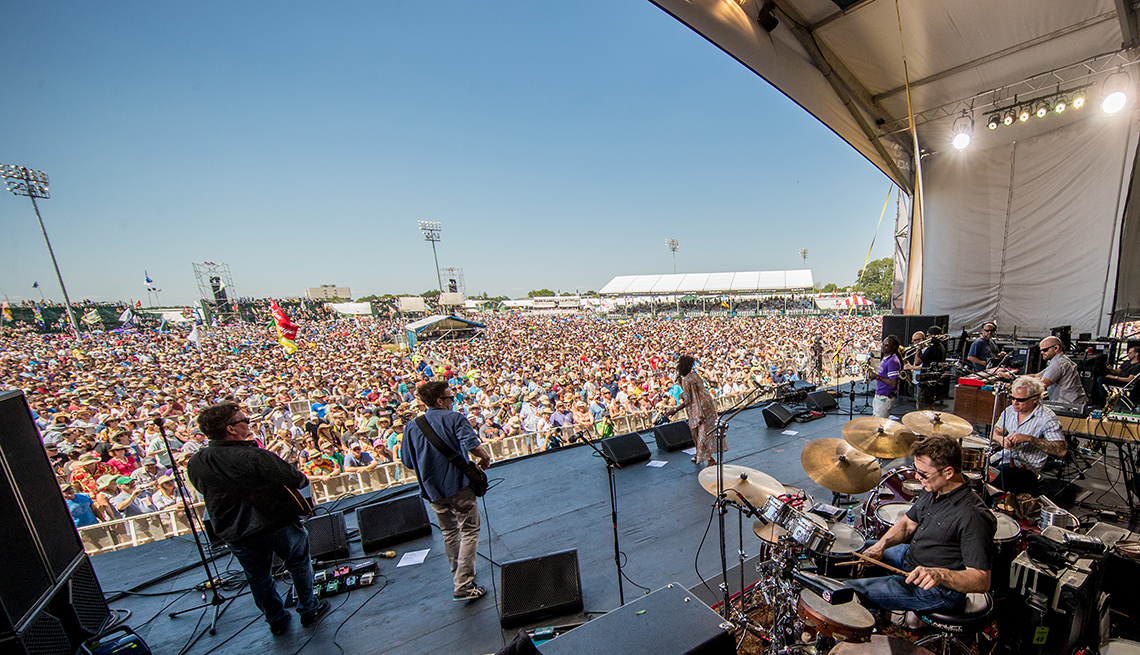 There is one, however, that is made for grownup music lovers and, appropriately enough, it's in the Big Easy.

The New Orleans Jazz & Heritage Festival is the answer for those 50 and older who want a multiday musical getaway without the boot camp hardships.

The annual event, in its 49th year, takes place across two weekends, this year April 27-29 and May 3-6, at New Orleans’ Fair Grounds Race Course, 10 minutes from the French Quarter. The agenda: Laissez les bons temps rouler.

Music will be flowing simultaneously from a dozen stages, and we're talking all kinds of music. Don’t let the festival name fool you. While contemporary and traditional jazz play a pivotal role, every genre that’s ever been stirred into the city’s gumbo of sound is represented, including blues, R&B, Cajun, zydeco, gospel, folk, Latin, rock, rap, bluegrass, Afro-Caribbean, country and pop.

And while this year’s lineup beckons youth with hot names like Khalid, Common and Cage the Elephant, it’s top-heavy with veterans — from Rod Stewart, Sting and Lionel Richie to Sheryl Crow, Bonnie Raitt, Smokey Robinson and the Steve Miller Band. Among those making their Jazz Fest debut are Aerosmith, Jack White, David Byrne and Beck.

Headliners are bait for first-timers (and what great bait they are!). But regulars realize that the treasures lie in regional offerings, whether it’s horn ace and showman Trombone Shorty, jazz patriarch Ellis Marsalis, Cajun group Beausoleil or scores of gospel choirs, brass bands and Mardi Gras Indian tribes. In all, 5,000 musicians will play, including acts from Gambia, Honduras and the Democratic Republic of Congo. Leslie Odom Jr., first to play Aaron Burr in the Broadway hit Hamilton, is on the bill, as is tap dancer Savion Glover, on a customized wooden floor.

And finally, there's the comfort factor. Shuttles drop fans at the front gate. The gospel, blues, jazz and Economy Hall (ragtime, Dixieland) stages are under enormous tents with seating. Bleachers can be found flanking other popular stages. Picnic tables are near some concessions. The grandstand has two stages (with ample seating) for live shows, cooking demonstrations and artist interviews.

“We’re the one festival for grownups,” says Jazz Fest producer Quint Davis. “The three pillars to the festival are music, art and food. If all the music went away, people would still come to eat that food. There are no funnel cakes here. We’ve got crawfish strudel, trout Baquet and crabmeat beignets. Don’t eat for a day and a half before you come.”

Another big plus: The fest runs daily from 11 a.m. to 7 p.m., leaving evenings open for New Orleans dining and clubs.

“New Orleans at night is a big part of the experience,” Davis says. “You leave our Funkolympics and there are 40 or 50 clubs waiting.”

The 2018 festival will observe the city’s tricentennial with a stage and elaborate program incorporating musical strains that have shaped the city’s sounds. And musicians will honor the life of rock ’n’ roll pioneer Fats Domino, who died in October.

“The loss of Fats is biblical,” Davis says. “He’s our Elvis Presley. He never left home. Two people from New Orleans changed music all over the world: Louis Armstrong and Fats. When he died, there was a second line to his house but no funeral and no tribute concert. We’re planning a major tribute.”

Davis has been with Jazz Fest since its 1970 kickoff, when roughly 600 musicians, including Mahalia Jackson, Duke Ellington, Pete Fountain, Al Hirt and Fats Domino, played for 350 people. 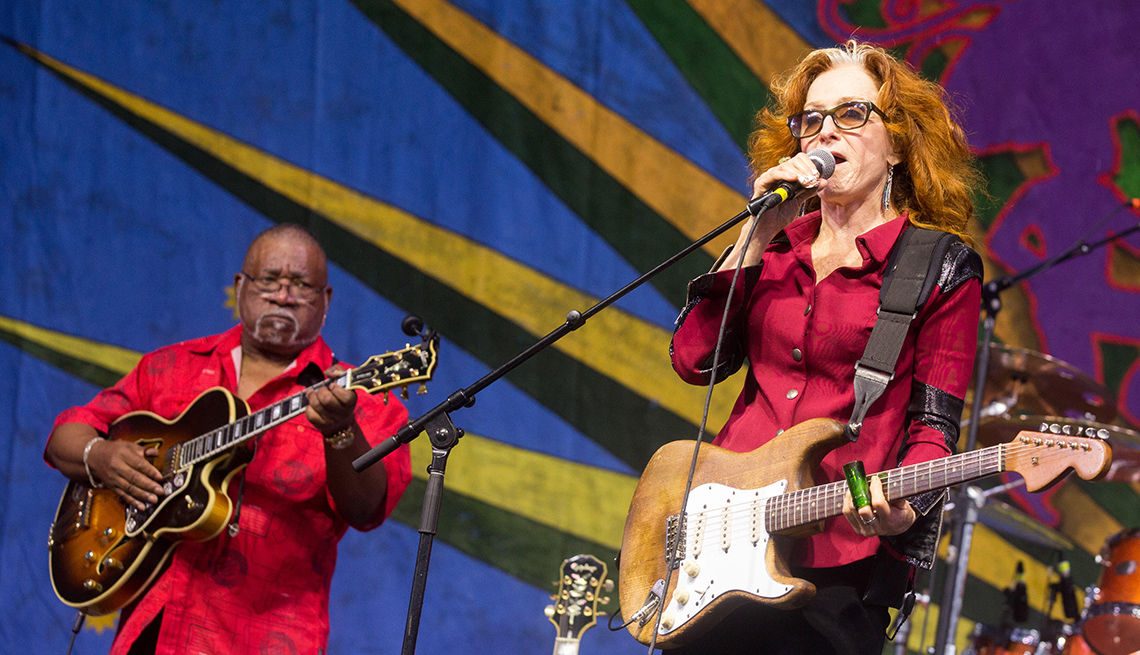 Bonnie Raitt is one of the headliners who have made repeated trips to perform at Jazz Fest.

These days, with an average attendance of more than 400,000, Jazz Fest “has become the third-largest city in Louisiana,” Davis says, noting that the festival has its own post office and unique postmark. “It started out celebrating New Orleans culture. Now it is New Orleans culture.”

How to Do Jazz Fest