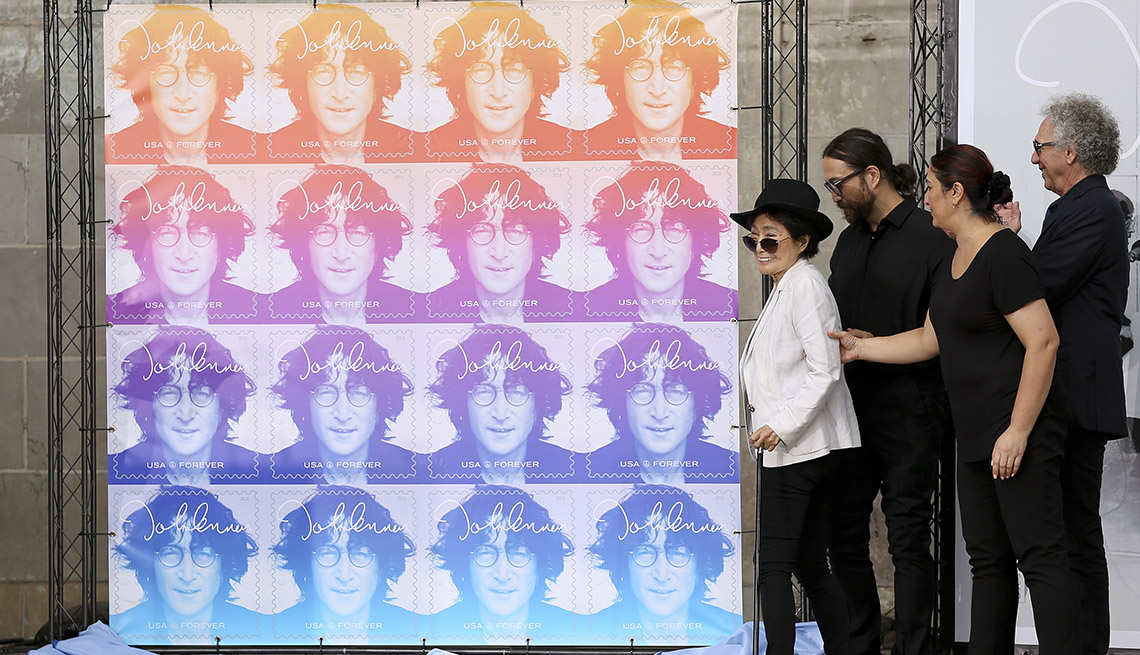 Lennon's widow, Yoko Ono, and their son, Sean Lennon, were in New York City's Central Park on Friday to celebrate the U.S. Postal Service's release of a stamp honoring the late Beatle. Hundreds of Beatles fans gathered for the event.

"I know that my father would have been really thrilled to be accepted, officially in this way, on a stamp,” Sean Lennon said. “About as official as it gets, I think."

The commemorative stamp features a photo of Lennon taken in 1974 on the roof of his Manhattan apartment building by photographer Bob Gruen, who also spoke at the event. The stamp is designed to look like a 45-rpm record sleeve.

"Everybody loves to listen to John's songs, and I'm very proud of it. But also the fact that this day, imagine, and you guys are here. It's incredible,” Yoko Ono said.

She also joked about the blame she gets for breaking up the Beatles. “If John just went with me, and then he began, ‘La la la, da da da,’ or something like that. People say, ‘Well, that's Yoko's fault,’“ she said. “Well, it's always my fault."

The crowd received her warmly though, giving her a standing ovation.

"I always knew how much he loved her,” said Donna Gallucci, who came from Pennsylvania for the event. “A lot of people didn't understand that."

After the event, people lined up to buy the stamps and enjoy one more day of Beatlemania in New York City.