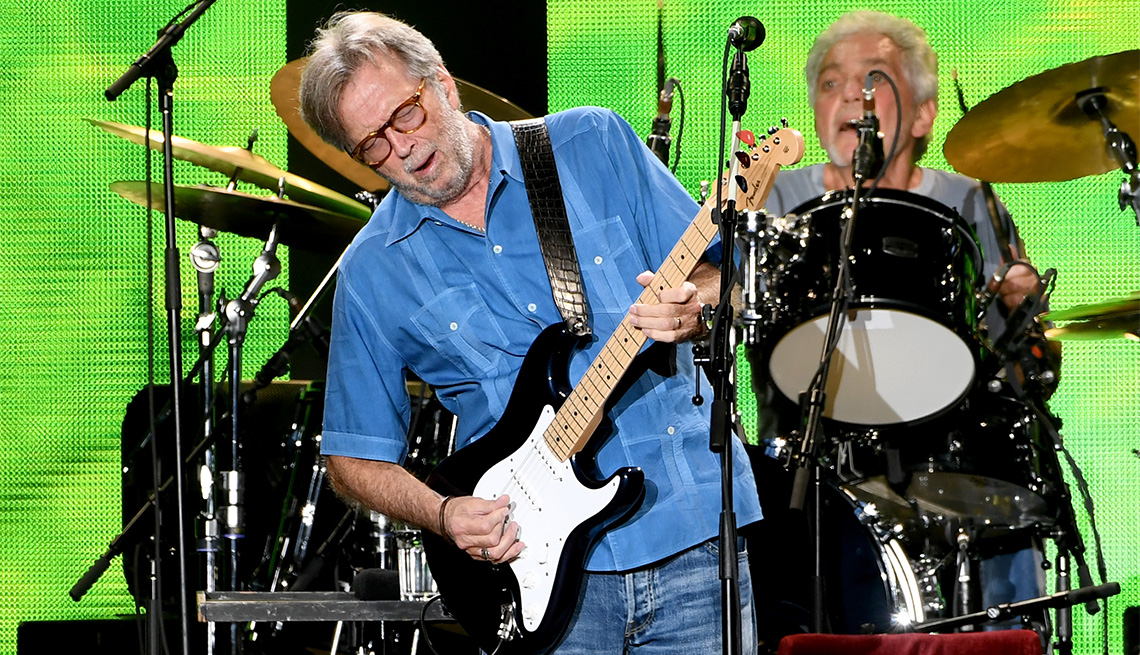 "The only thing I'm concerned with now is being in my 70s and being able to be proficient. I mean, I'm going deaf,” Clapton, 72, told BBC2 in a recent interview to promote an upcoming documentary about his life. “I've got tinnitus; my hands just about work.”

Tinnitus, according to the Mayo Clinic, is the perception of noise or ringing in the ears, and the Mayo website notes that it’s commonly associated with age-related hearing loss. It’s also, anecdotally, also linked with long careers playing decibel meter-pushing rock music in arenas in front of thousands of screaming fans: Pete Townshend, the 72-year-old windmilling Who guitarist, has spoken of his struggle with tinnitus and hearing loss for decades, and Sting, Neil Young, Jeff Beck and Ozzy Osbourne are among other rock icons to have been affected by auditory issues.

It’s certainly not the first health issue to affect Clapton. The British rocker — the only three-time inductee into the Rock and Roll Hall of Fame for his solo work as well as his stints with the Yardbirds and Cream — has famously battled addiction throughout his six-decade career. In a December 2017 interview with Rolling Stone, he spoke of how an extreme case of excema almost derailed the recording of his most recent album, 2016’s I Still Do.

“The palms of my hand were coming off. It was a catastrophe, " he said. "I had to wear mittens with Band-Aids around the hands and played a lot of slide [guitar] as a result."

That’s not the only personal information he’s revealing. In a recent interview with AARP The Magazine he talked about what we’ll see in his new documentary, Life in 12 Bars — which airs next month on Showtime . "There was a lot that went down in my life before I made some of the famous albums like Unplugged, and people should know the facts, especially people who think you can’t make music unless you’re high."

Despite all that, he’s now back in the studio, working on an album he says he hopes to release this year. And though he won’t commit to a full tour, he recently announced a summer show at London’s Hyde Park, where he made his debut with Cream spin-off Blind Faith nearly 50 years ago. The July 8 gig will feature guests Steve Winwood, Santana and Gary Clark Jr.

Clapton himself is somewhat at a loss to explain his enduring popularity and longevity, given the myriad health and self-inflicted obstacles he has overcome.

“I'm hoping that people will come along and see me just because, or maybe more than because I'm a curiosity,” he told BBC2. “I know that is part of it, because it's amazing to myself I'm still here."