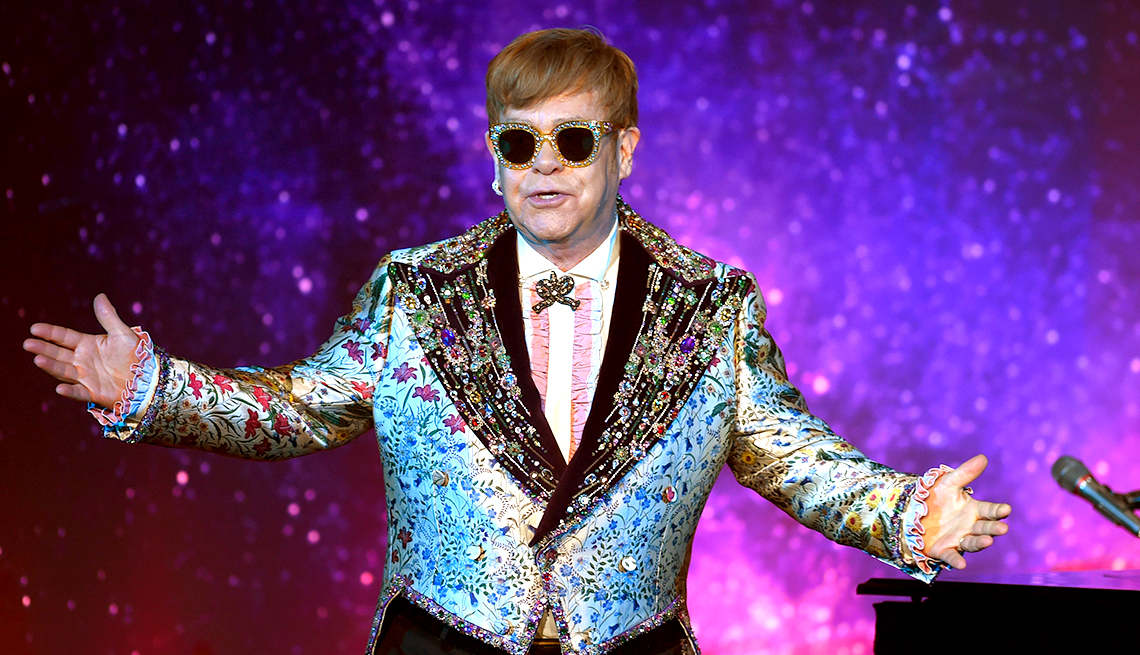 Elton John intends to go out "with a bang." After nearly 50 years of performing, the sun is finally going down on touring for the prolific pop hitmaker, 70. He announced his retirement from the road in an interview with CNN’s Anderson Cooper, at a press conference on Wednesday. But the good news for fans is that his retirement isn’t an immediate one — first he’ll embark on a massive three-year "Farewell Yellow Brick Road" world tour, during which he’ll play 300 dates, the last set for 2021.

John also promised that the tour would be “the most produced, fantastic show I’ve ever done.”

Although John told Cooper that 10 years ago he never would have thought of stepping away from touring, his priorities have changed. The flashy superstar and his husband, David Furnish, have two sons, Elijah, 5, and Zachary, 7. "I don't want to miss them, and I don't want them to miss me," he said during the press conference. "I want to be there for their school and to take them to soccer academy."

And though the mega tour is to be his last, John made clear that he's not done making music. “I still plan to do a couple more albums,” he said. “Hopefully, I will still be creative until the day I die.”

The announcement led to an outpouring of support from fans, who flooded Twitter with the hashtag #EltonFarewellTour and temporarily crashed the singer’s website in a rush to reserve tickets for the tour, which is set to begin in Allentown, Pa., on Sept. 8.

Tickets for dates running through March 8, 2019, will be available on John’s website; sales in North America begin Feb. 2.