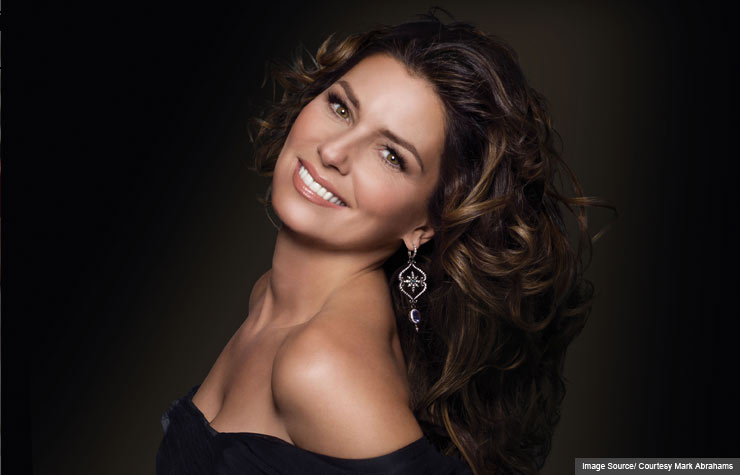 In the 15 years between Shania Twain’s last album — 2002’s 10 million-selling Up! — and her new release, Now, the Canadian pop-country star experienced a metamorphosis that upended both her professional and personal life.

Normally, the 52-year-old singer-songwriter would have reacted to setbacks philosophically, as she wrote in her 2011 memoir, From This Moment On,: “When everything goes without a hitch, where’s the challenge, the opportunity to find out what you’re made of?” But these hurdles were huge.

First, Lyme disease — contracted after a tick bite on the Up! tour — stole her voice while the nerves to her vocal cords atrophied. Then came the bigger blow: In 2008, her husband of 14 years, producer Mutt Lange, who had built her into an international superstar who sold 75 million records worldwide, told her he had fallen for her best friend. They divorced in 2010, and a year later, Twain married that same friend’s former husband, Frederic Thiebaud.

Twain insists that Now, which bows Sept. 29, is not her divorce record. In a sense, she’s right: It’s an album about healing. But it is loaded with songs about what led to the divorce — especially “Poor Me,” in which she discovers a telltale item in her husband’s closet — and the aftermath of separation, with its inevitable heartbreak and damage to the mind and spirit (“Where Do You Think You’re Going?” from the album's "Deluxe" edition with four extra tracks). Twain, who delivers it all in the creamy soprano inspired by Karen Carpenter, admits to crying while writing much of the material. In some of the album’s brighter songs, however, she chronicles her eventual urge to move on and find happiness anew (“I’m Alright” and “Because of You”).

Now, with four producers at the helm, is a much less bombastic work than Twain’s last four full-length albums. It pares back the excess production while maintaining the vocal layering, signature sonic beats and electronic echoes that catapulted her to become the top-selling female in country music history. (“We Got Something They Don’t” is a midtempo pop jewel of enduring love and sexual heat.)

When Lange — the man behind such acts as Def Leppard and AC/DC — guided her records, he made all the production decisions. In her view, he simply called her in to deliver her part when she was ready. His method certainly worked: Twain’s 1997 album, Come on Over, is the best-selling album of the 1990s, the biggest-selling studio album in Soundscan history by a female artist in any genre, the best-selling country album of all time, and said to be the ninth best-selling album ever in America. But his framework didn’t always reflect how Twain heard her songs. Today, overseeing Now as coproducer, she describes herself as something akin to a director. 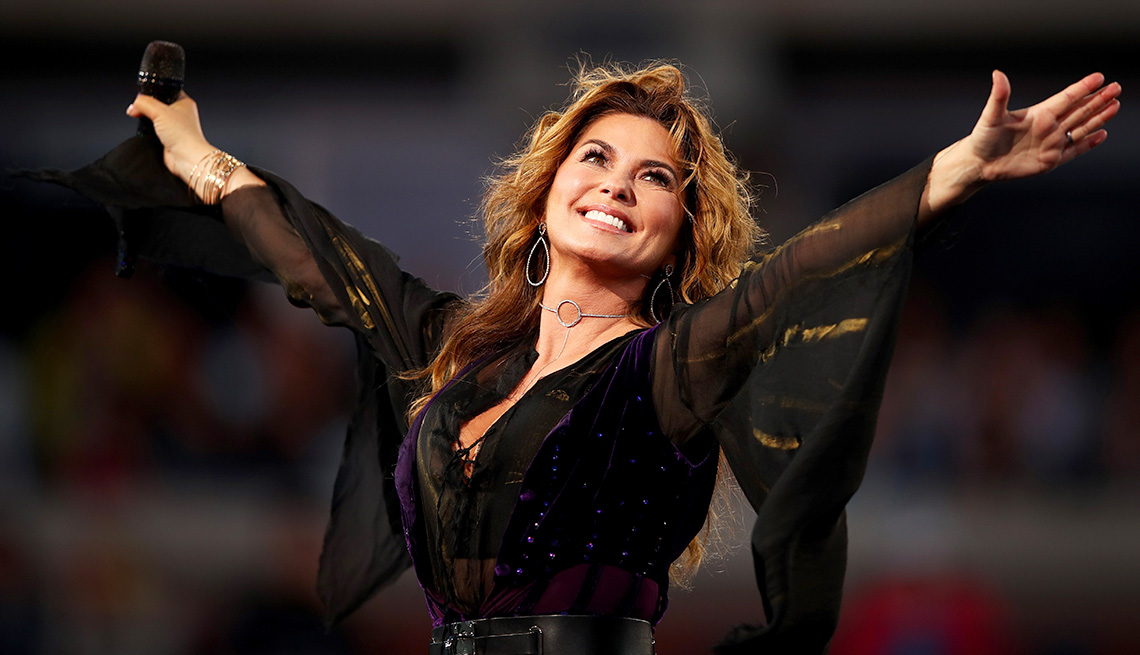 Shania Twain performs during the opening ceremony on Day One of the 2017 US Open at the USTA Billie Jean King National Tennis Center on August 28, 2017 in the Flushing neighborhood of the Queens borough of New York City

While there’s enough dance music — in part inspired by the work of her musical 16-year-old son, Eja (pronounced “Asia”) — to satisfy that faction of Twain’s fans, several of her most vulnerable songs melodically hearken to folk and traditional country music, even as Twain’s early work had a major impact on moving the edges of what constitutes modern country music. As the sole songwriter, she occasionally dips into cringeworthy clichés (“when life hands you lemons”), but can also deliver a poetic line that sticks with you: “Hold me like a promise/Never give me up/Keep me like a secret in your cup.” She is at her finest on “Soldier,” a breathtaking ballad of love and worry for someone far away.

In her personal life, Twain runs around in casual clothes and with her hair in a ponytail, covered by a hat — in sharp contrast to the five-time Grammy winner's glamorous and provocative stage persona. (Check out the 1999 video for “Man! I Feel Like a Woman,” a brilliant parody of Robert Palmer’s “Addicted to Love.”)

The private woman is likewise much more low-key and reflective than the public entertainer, writing melancholy songs similar to Dolly Parton’s early work about a hardscrabble childhood in the mountains of Tennessee. These songs, Twain says, she shows to no one — not even her husband.

If Twain’s early work sounded only slightly country (“Whose Bed Have Your Boots Been Under?”), her childhood more than filled the bill for the music's lyrics. She even beats Parton’s upbringing for hardship and deprivation.

“I think that I’m meant to go through a lot of hell in this lifetime,” she once told me with a laugh, discussing her involvement with the Sant Mat spiritual movement and the path to self-realization. “Which is perfectly fine with me.”

Eileen Regina Edwards was raised in Timmins, Ontario, and thrust into responsibility at a young age. Her father abandoned the family when she was 2. After her mother then married Jerry Twain, a man of Ojibwa Indian heritage. (Shania means “I’m on my way” in his native language.) Often there was not enough to eat and no heat during the brutal Canadian winters (“I got frostbite quite a bit”), leaving Twain and her three younger siblings to sleep in all their clothing under their coats.

“We got low enough a few times that I was tempted to go to social services at school and say, ‘We haven’t eaten anything but bread and milk for five days. Someone’s got to help us.’ But I never did it,” she told me, “because we all had too much pride, and I knew children’s aid would have come in and separated us.”

Twain — who had been singing in bars since the age of 8 — took control of the family at 13 (“the worst year of my life”), convincing her severely depressed mother to drive to a shelter in Toronto. (“We couldn’t live on mustard sandwiches, you know? And there was always so much turbulence going on in the household. It was just way too much.”) Twain found a job singing in a club, where her mother, who got her up at midnight to sing at 1 a.m., also worked as a cook.

When she was 22, real tragedy struck. Her parents were killed in a car crash, leaving Twain to rear her siblings. She took a gig as a resort singer, which led to a recording contract. Her 1993 debut, Shania Twain, went platinum.

Twain has always had an uneasy relationship with fame, finding it often embarrassing and smothering. That, as well as her vocal cord problems and hiatus from the current music scene, rendered her “petrified” to send the rough songs for Now to her new producers.