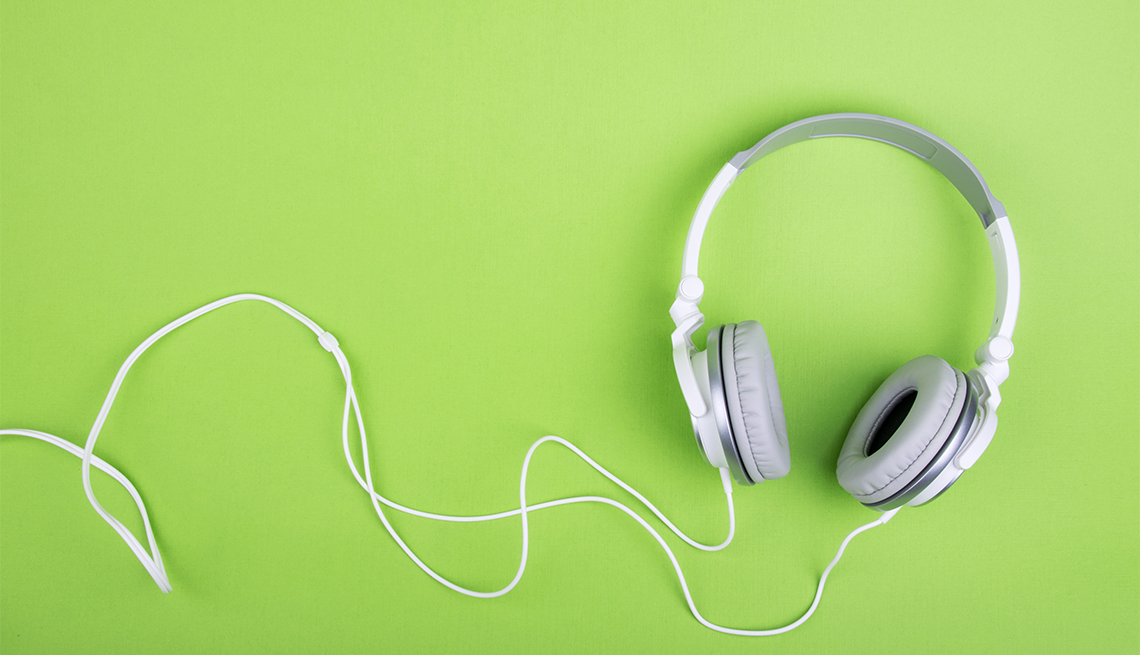 1. The Allusionist: Small Adventures in Language

Word lovers will find a soul mate in British comedian Helen Zaltzman and her short, punchy podcast on language and etymology (there's a new episode every other Wednesday). Despite her plummy accent and tweedy credentials, American listeners savor each 22-minute episode. Last November's "The State of It," for example, told some surprising truths about U.S. state mottos.

2. Between the Liner Notes

This documentary-style podcast about music history will delight casual listeners and dedicated musicians alike. Each month, opinionated record producer Matthew Billy picks a topic and plunges us straight into the heart of it: Mixing insider interviews with archival music clips, he recounts the 1970s explosion of disco, profiles the con-man producer who created 'N Sync and the Backstreet Boys, and explains why the lowly ad jingle is actually high art.

Can a humble podcast elevate a lowly street performer into an in-demand stand-up comic playing clubs all over England? It did in the case of Briton Stuart Goldsmith, whose intimate, interview-driven podcast — nearly 200 hour-long episodes and counting — targets "anyone who writes comedy, makes comedy, loves comedy, or just has an interest in comedians and what makes them so annoying." Each episode is revealing rather than insular, prompting even dead-serious types to smile at this master class in creativity.

Perfect for your morning jog or commute, Criminal crams big "life topics" — truth and justice, love and death — into compact, quick-bite segments that run only 20 to 25 minutes. Like Serial, the true-crime saga that put podcasts on the map in 2014, the gritty tales told here will hold you in thrall. Even better, the subject matter ranges so widely you're bound to find a topic that piques your interest, whether it's the Harry Potter blogger who was stalked by a reader or the 19th-century nurse who quietly but ever-so-cheerfully poisoned her patients. (Her nickname? Jolly Jane.)

Looking for the sort of context and analysis that will frame — and help you look inside — each day's top news? This podcast, launched just last month by New York Times investigative writer Michael Barbaro, manages to be both informal and authentic, personalizing the fellow reporters who come on as guests to reveal how they "got the story." A recent snippet: "This is a murky and confusing moment in the long history of American immigration. Not everything is known at this point, but two of my colleagues are here to help us understand what we do know."

Featuring narration "enthralling enough to blow your mind" (Entertainment Weekly magazine), Dan Carlin's gritty and immersive podcast spotlights the personal stories of history's unknowns to make the past come alive in your earbuds. Carlin is not a professional historian, and his iconoclasm may make you wonder if he's related to that other Carlin (he's not). But give one of his free samples a test-listen, and you'll be nodding along when he rasps that "people are inherently very uncomfortable with the idea that a single nobody [Gavrilo Princip, in the case of the episode "Blueprint for Armageddon"] can have such an effect on all of our lives."

Jacob Wetterling was just 11 years old when he was kidnapped on a rural road near his Minnesota home in 1989. His case — and the shocking ineptitude of the police investigation that followed — is the focus of this eight-part, grippingly bingeworthy true-crime podcast. In the Dark will dive into a new and equally noir story in its upcoming Season 2.

Even writerly types crave sonic entertainment, which is what this podcast delivers thanks to amiable hosts Aaron Lammer, Max Linsky and Evan Ratliff. Each week the trio sits down with a different writer, editor, director, critic or other thinker, yielding "in-depth conversations … that go deeper than your average interview." And isn't that the very thing that distinguishes podcasts from all other forms of popular entertainment?

Anyone who's a sucker for NPR's "Marketplace Morning Report" or "Planet Money" segments will be thrilled to learn about this podcast, in which the team from This American Life dissects the mechanics of "both boom and bust with wit and clarity." To paraphrase NPR, think what would happen if an economist friend met you at a bar to explain the economy — and an enjoyable evening ensued.

Got a taste for liberal politics — and liberal doses of profanity? Want to feel like the ultimate inside-the-Beltway-insider? Then lend your ears to an episode or two of "a no-bullsh*t conversation about politics." The easygoing format and highly snarky approach to recent events will make you feel like you're sitting inside the recording studio — or on a bar stool — with Keepin' It 1600 veterans Jon Favreau, Jon Lovett, Dan Pfeiffer and Tommy Vietor. (All four, not coincidentally, are former Obama staffers.) And you never know when a guest like Katie Couric, Seth Meyers or New York Mayor Bill de Blasio will drop in.

12. You Must Remember This

Smart and clear-eyed about its subject — "the secrets and forgotten histories of Hollywood's first century" — this podcast makes for some delicious dish, served up in savory and unhurried spoonfuls.

Just visit the website, and pick a favorite movie from the grid of nearly 100 classic stills displayed there. I chose "From Pin-up to Pariah," about Raquel Welch, and in the course of 33 minutes had my view of the actress changed from bombshell in a fur bikini to protofeminist (and single mother of two!) trapped in an ageist studio system. Abruptly replaced by Debra Winger, 25, on the film Cannery Row, Welch — 40 years old in 1980 — sued MGM for a cool $11 million, and won her case.