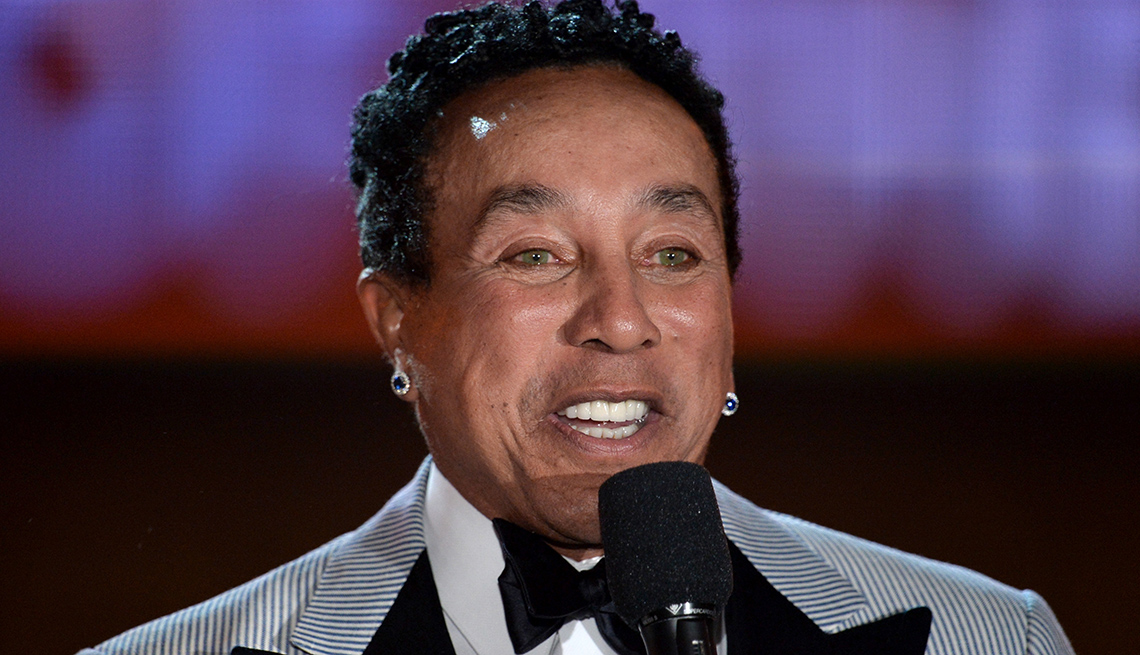 Singer-songwriter Smokey Robinson has accomplished what he set out to do; he’s written songs that “live on and on.” On his duets album “Smokey & Friends,” he sings some of them with their talented fans.

For more than 60 years, singer-songwriter Smokey Robinson has been creating instant classics for himself and others. His 2014 album of duets, Smokey & Friends (Verve Records), features the music legend singing many of his greatest hits with some of the industry's biggest stars.

Icons such as Elton John and Sheryl Crow, as well as younger performers such as John Legend and Mary J. Blige, all picked their favorite Smokey Robinson song to perform on the album. The result: a timeless collection of updated standards.

We talked with Robinson about Smokey & Friends — and what it's like to hear other artists perform his songs.

Q: Do you ever hear a young singer perform one of your songs, and it becomes a revelation to you?

A: How about Michael Jackson singing "Who's Lovin' You?" I might have written "Who's Lovin' You?" before he was born [1958], but he came along and sang that song when he was 11 years old. How could he possibly sing a song like that, with the meaning of that song, and pull it off to the point where when I sing it in a concert, young people come up to me and ask, "Why'd you sing Michael Jackson's song?" So the answer to your question is yes. Sometimes young people come along and give a song a new twist, and give it a new life. Thank God.

Q: Are you ever unhappy with another singer's interpretation?

Q: How were the duets recorded for Smokey & Friends?

A: They were done separately [over distance via electronic links between recording studios], but everybody on there is a professional. When you're a professional, you know how to do it so the communication is there, whether you're together or not. If I hadn't told you that, you would never know that we weren't in the studio together.

Q: It's a time-honored practice. Frank Sinatra did his duet albums that way.

A: Yeah. And some of his were recorded on the telephone! For our album, we contacted each of these artists and asked them: "What's your favorite Smokey Robinson song?" It didn't have to be one I recorded — just any song I'd ever written. And that's how we did it.

Q: Some songwriters say, "My songs are my children."

Q: Do you have any "favorite children?"

A: No, no, no, babe. 'Cause I give them all the same effort. They all come from that same sperm, you know what I mean?

Q: You started the Miracles when you were in high school. Are you ever tempted to say, "Well, that's enough of that. I'm just going to kick back now?"

A: I did that! I retired from the Miracles in 1972. And I retired with the intention of never being on the outer edges of show business again. I thought that I would write some songs for some people, maybe produce some records. I was the vice president of Motown, so I was doing that. For three and a half years, that's what I did, and I got to the point where I was climbing the walls missing this! And so I did an album called A Quiet Storm, and that was my entry back into show business.

Q: You do a great version of "Quiet Storm" on the new album with John Legend.

A: John's a great person — a good friend and a wonderful young man.

Q: Is there someone on this album you'd just been dying to sing with?

A: All of them! I've known some of them — Steven Tyler and Elton John and James Taylor — forever. Show business is a very small community, so you know people before you've even met them. When you finally get to meet them, it's like you've known them forever.