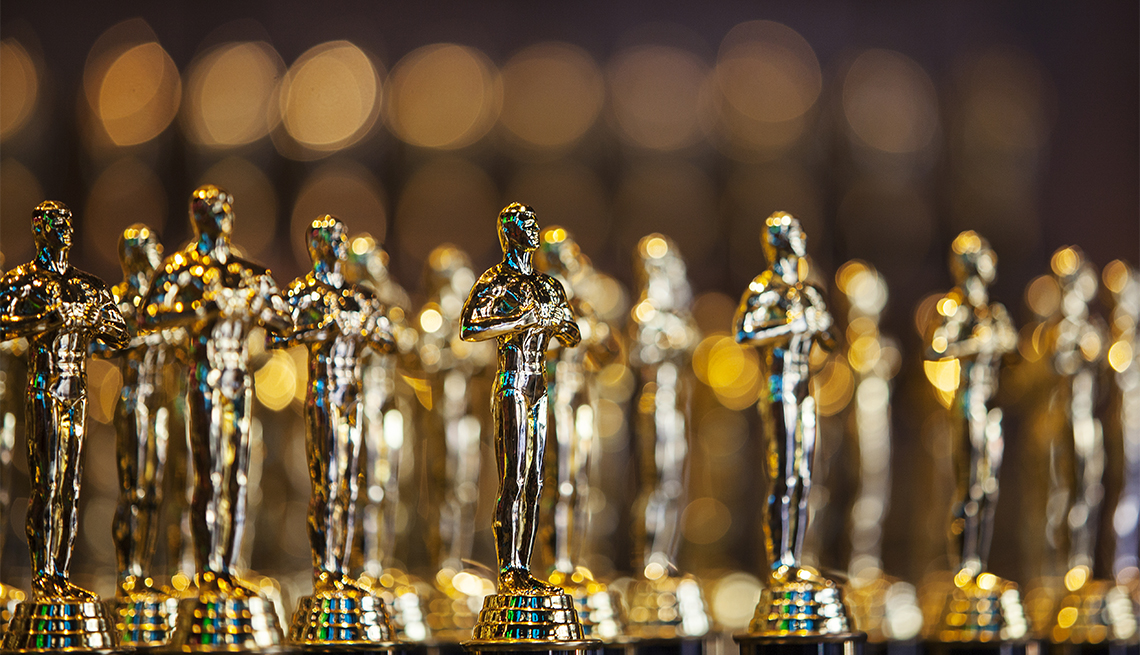 En español | Of the 20 actors nominated for the Oscar in 2020, 10 are over age 50 — a big improvement over last year, when just six grownups made the list.

Oscars vs. Movies for Grownups Awards

Best Movie for Grownups: The Irishman

Like AARP, the Oscars honored Scorsese's career-capstone mob epic with nominations for directing and best picture, plus the cinematography, editing, costume design, production design, visual effects, and adapted screenplay awards. About half of major professional Oscar predictors think Scorsese will win the best director Oscar for The Irishman. Except for The Joker director Todd Phillips, 49, all of Scorsese's rival directors are grownups: Bong Joon Ho, 50 (Parasite); Sam Mendes, 54 (1917); and Quentin Tarantino, 56 (Once Upon a Time ... in Hollywood).

Zellweger was nominated for the best actress Oscar, surprising nobody. Practically every sentient being in Hollywood predicts that she will win the Oscar to add to her Movies for Grownups award. The Oscars snubbed Sandler, whose comedies — not all of them masterpieces — have earned billions. In some Hollywood pundits’ opinion, AARP was smarter to honor Sandler's coming of age as a dramatic actor in Uncut Gems than the Oscars were to ignore him, reflecting the Academy's historic, snobbish bigotry against comedies. The Oscars nominated Dern for best supporting actress, too, and her film for best picture. Most Hollywood Oscar predictors expect Dern to win at the Oscars as she did at Movies for Grownups.

Readers’ Choice: A Beautiful Day in the Neighborhood

The Oscars agreed with AARP readers that Hanks deserved recognition for playing Mister Rogers, but failed to nominate the film itself.

The Oscars nominated Knives Out writer/director Rian Johnson, 46, for best original screenplay, which he found “surreal.” AARP focused instead on his incredibly grownup-rich cast, including Don Johnson, 70, and Jamie Lee Curtis, 61, who applauded him at the Movies for Grownups Awards.

Cynthia Erivo, who played the fear-free, slave-rescuing Harriet Tubman, was nominated for the best actress Oscar. AARP honored the film's writer/director Kasi Lemmons, 58, for her artful recapture of a tragic time in America's past that cried out for heroes.

Like AARP, the Oscars nominated the movie for best international feature film and star Banderas for best actor. But we think Sandler was even better this year. Best Documentary: Linda Ronstadt: The Sound of My Voice

The Oscars ignored this wonderfully inspiring documentary about Ronstadt, 73, possibly because documentary voters have long disliked films that include found or historical footage (like the also irritatingly snubbed Apollo 11). But when Ronstadt walked — not rolled — onto the stage to accept the film's Movies for Grownups award, she got the most deafening standing ovation of the night.

More on the Movies for Grownups Awards