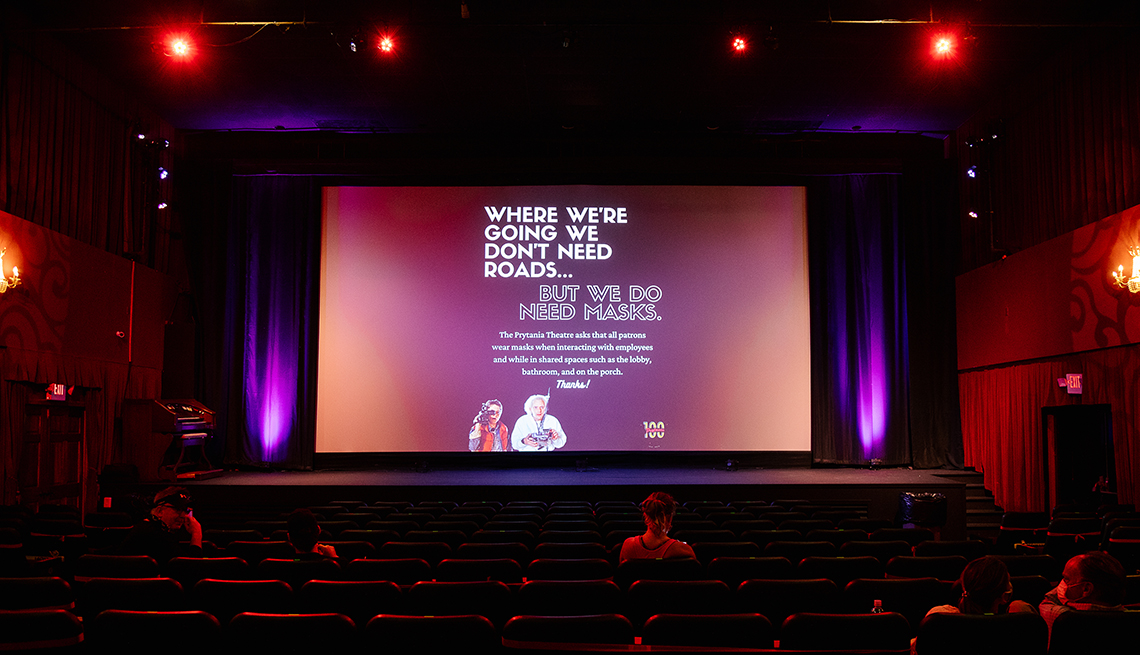 A public service health announcement is displayed on the screen at a nearly empty movie theater in the Garden District of New Orleans, Louisiana.

En español | Good news for film fans: After months of remaining shuttered because of the coronavirus pandemic, movie theaters are finally starting to reopen in late June — and maybe even as soon as mid-month in parts of California. The less good news: Screens might be filled with 50-year-old Oompa Loompas.

While California's just-announced reopenings are still somewhat theoretical — the vast majority of screens in the Golden State will likely remain dark for several more weeks as exhibitors mull over new safety regulations — some independent theaters and smaller chains in other parts of the country are already open, providing a sneak preview of what going to the movies could be like for the rest of the year (and perhaps into 2021).

"We're seeing different regions opening at different rates,” says Patrick Corcoran, vice president and chief communications officer at the National Association of Theater Owners (NATO). “It's going to be a longer-term process. But people are kind of stir crazy. They want to get out of the house. So what theaters are doing is making sure it is safe and comfortable to come back.”

What you can expect this summer in theaters

Some changes to expect when audiences do come back: smaller crowds, longer lines, cleaner bathrooms and possibly temperature taking. And because Hollywood studios have delayed the debuts of the big summer titles — like Black Widow (moved from May 11 to November 6), Wonder Woman 1984 (June 5 to August 14) and Top Gun: Maverick (June 24 to Dec. 23) — movie screens won't have a whole lot of new product playing on them, at least not for a while.

"We're showing Willy Wonka and the Chocolate Factory,” says Fred Mills, manager of the Kentucky Theater in Lexington, Kentucky, an independent theater that reopened its doors on June 1 with a screening of the 1971 Gene Wilder classic. “We wanted to get our footing and see how people were going to react to what we were doing and see if we had any problems." 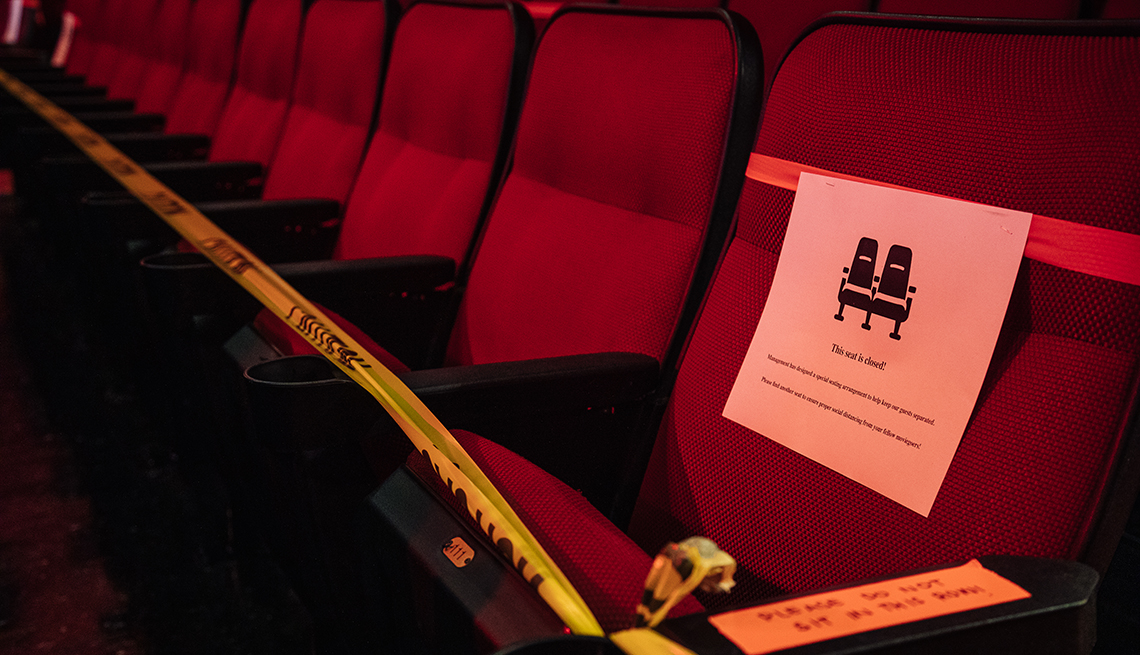 A row of seats sit blocked off at a movie theater in New Orleans, Louisiana.

Far from a one-size-fits-all solution

Every state has different rules for reopening, but in Kentucky the guidelines limit theaters from filling more than 33 percent of capacity. To accommodate, Mills says his 800-seat theater is blocking off rows with caution tape and making sure there's at least six feet of social distance space between audience members (families can sit together in groups no larger than 10). Other safety measures include deep cleaning bathrooms between every showing, giving staff regular temperature checks and requiring workers to wear masks and gloves at all times. “We're definitely being careful,” Mills says. “We knew when we reopened that many folks just aren't ready to come back into a theater. They're kind of reluctant. So we have to show them that it's safe."

Texas-based EVO Entertainment theater chain has opened a handful of its 71 screens — in the San Antonio, Texas, area — playing films like 1985's The Goonies. In addition to social distance seating and masks for the staff, every customer is given a temperature check before entering the theater. Since Texas is limiting attendance to 25 percent of capacity — the same limits being proposed for the mid-June reopenings in California — searching for fevers hasn't added too much time to the lines but that may change when capacity limits are bumped up to 50 percent, which is expected to happen within the next few weeks. Still, EVO's CEO, Mitchell Roberts, isn't too concerned. “It's a quick process,” he insists. “We have these guns that read your temperature in 0.5 seconds.”

The Santikos chain, also in San Antonio, Texas, which reopened four of its nine theaters in May, isn't pointing temperature guns at audience members but its theaters (where old Harry Potter flicks are being screened) are pioneering a whole new hands-off approach to movie going. “We're eliminating all touch points,” says executive director of marketing Andrew Brooks. “As you approach a door, somebody will be there to open it for you. When you buy something at the concession stand, the staff will hand it to you — there's no self-service. You shouldn't have to touch anything until you sit down in your seat."

The big national theater chains have announced reopening plans: AMC and Regal will reopen theaters in July, and Cinemark will open five Dallas theaters June 19, showing classic films for $5, and all of its theaters reopen July 10 (at regular prices). But when they do reopen, it's still an open question how much fresh product they'll have to put on screens. “We think by late June or early July the majority of markets will be open in the U.S.,” says Corcoran. “That's what we're aiming for. But it entirely depends on what sort of progress we make.”

The first summer movie to hit theaters will be ...

The first new release of the summer could be Unhinged, a road rage drama starring Russell Crowe that's slated (for now) for a July 1 debut. A few weeks later, on July 17, Warner Bros. hopes to open the first tent pole of the season, Christopher Nolan's $200 million spy thriller Tenet — but only if there are enough screens in operation to make it worthwhile. “Large movies like Tenet need a big footprint for it to make economic sense for the studios to release them,” Corcoran says.

If not, there's always Netflix.