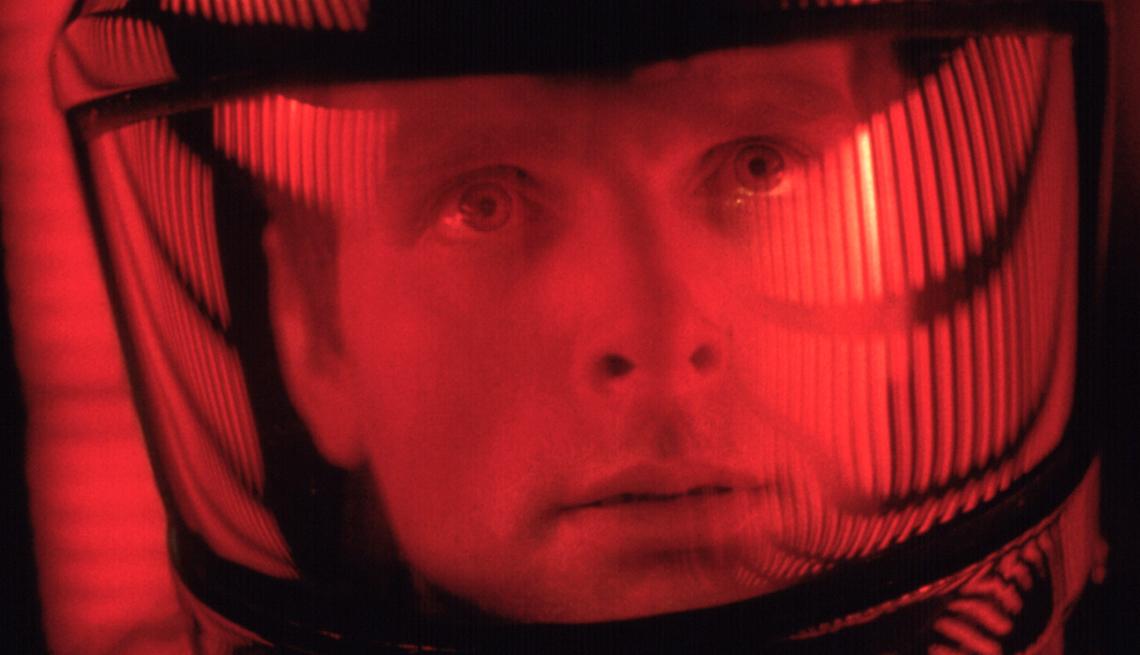 Fifty years ago Tuesday — on April 3, 1968 — Stanley Kubrick’s 2001: A Space Odyssey had its premiere. Today, it's often voted the best sci-fi film ever, and the British Film Institute's influential critics' poll rates it the sixth-best film of any kind. But in 1968, its baffling plot, minimalist acting and 88 minutes without dialogue made critics call it "immensely boring" (New York Times) and "monumentally unimaginative" (Pauline Kael). Over 240 people walked out of the premiere, including Rock Hudson, who said, "What the hell?" But then the psychedelic finale caught on with hippies — top critic Andrew Sarris panned it, then watched it again on marijuana and called it "a major work." Soon even sober people were wowed by its incredibly realistic future world, which inspired young Steven Spielberg and George Lucas to invent their own space epics. 2001 made $190 million, the Library of Congress selected it for preservation in the National Film Registry, and now its semicentennial will be celebrated all over the planet, from the Cannes Film Festival, where director Christopher Nolan will screen 2001, to the Smithsonian's National Air and Space Museum, which has an exhibit recreating the iconic all-white room of the venerable astronaut Dave Bowman (Keir Dullea) in the film's bizarre penultimate scene.

In celebration of 2001, here are nine fun bits of trivia you may not know:

In the four-page 1964 treatment (or outline) for the film in London's Stanley Kubrick Archive, the setting is 1987.

2. The killer computer HAL was originally a woman.

"Originally,  HAL was ATHENA [named after the Greek goddess of wisdom and war]," 2001 writer Arthur C. Clarke told critic Mark Caro. "We had decided to have a woman's voice." Then ATHENA became HAL, which stands for a “heuristically programmed algorithmic” computer. Originally voiced by Martin Balsam (Psycho), the role was taken over by Douglas Rain, who reprised the character in Woody Allen's Sleeper.

3. The aliens came close to being a laughingstock.

5. But the film’s science was so accurate the government got nervous.

Instead of trusting Hollywood designers, Kubrick hired Harry Lange, who worked for NASA's Future Projects Section. Because he used to design actual proposed U.S. spaceships, he was required to submit his 2001 gizmos for security clearance. About 1,600 of his original 2001 designs are now on sale for $8.5 million from San Francisco Art Exchange. Lange went on to design the first Star Wars trilogy, the Bond film Moonraker, and Monty Python’s The Meaning of Life.

6. The working titles were amazingly lame.

Before 2001: A Space Odyssey, the film was called Project: Space, Across the Sea of Stars, and Beyond the Stars. Punning on the film How the West Was Won, Kubrick and Clarke used to also call it How the Solar System Was Won.

7. A computer really did sing HAL’s favorite tune about a “bicycle built for two."

In 1961, when Bell Labs scientists showed Clarke the IBM 704 — the first computer ever to “sing” digitized music — the demonstration tune was that famous 1892 hit, “Daisy Bell.”

8. The night they signed the deal for 2001, Kubrick and Clarke thought they glimpsed a UFO high above Kubrick's New York penthouse.

Disappointingly, it was only the Echo 1 satellite.

9. Kubrick was so scared aliens would be discovered before he finished the film, he tried to get an insurance policy against that possibility.

Insurer Lloyd’s of London said no.