Greta Gerwig on the Grownups in 'Lady Bird' 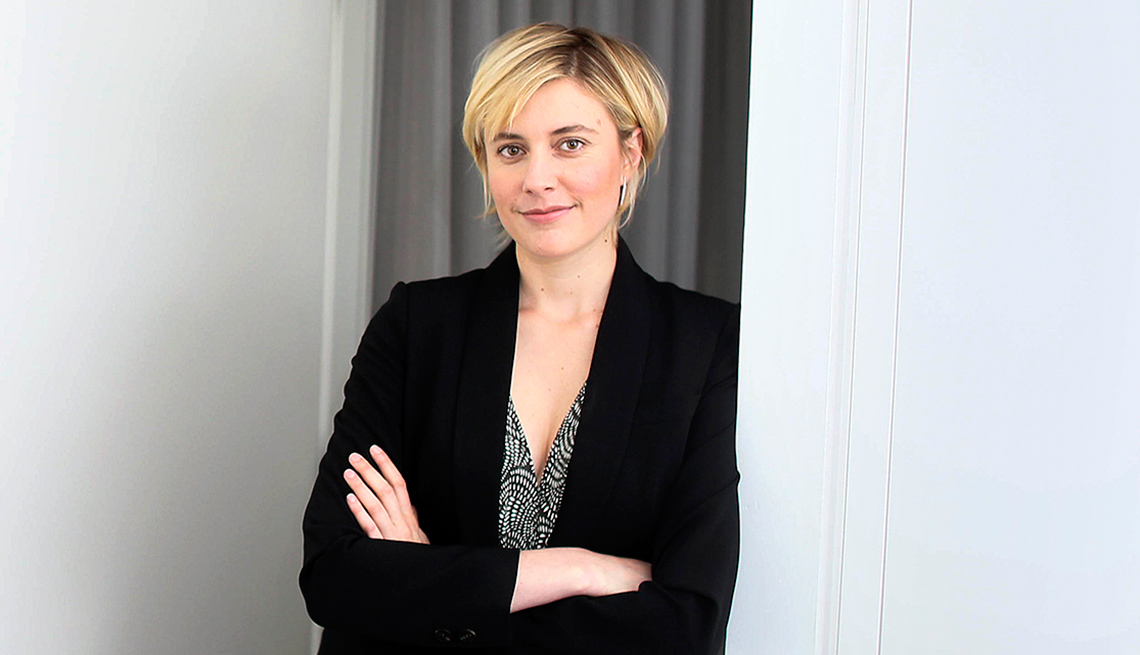 Director Greta Gerwig, 34, says you might be surprised how her new film "Lady Bird" caters to the older generation.
Andrew Francis Wallace/Toronto Star/Getty Images
By

Greta Gerwig’s first film, Lady Bird, is not about Lyndon Johnson’s wife, but a 17-year-old (Saoirse Ronan) in Gerwig’s hometown of Sacramento, Calif., in 2002. It is so startlingly good that it puts Gerwig up with Clint Eastwood among actors turned directors — although Eastwood never made a film as well reviewed as hers. Gerwig, 34, tells AARP that the masterpiece she wrote and directed is about the older generation, not just the coming-of-age heroine.

Lady Bird is the first mother-daughter hit movie in a long time.

The last big one was probably Terms of Endearment. It’s a double  story  because one person’s coming of age is another person’s letting go. I was interested in telling both sides. I wanted it to be unexpectedly more emotional, and more about the older generation, than people think it will be. It’s a thank-you to the person who gives you roots and wings.

Your movie has an ending like The 400 Blows and a first scene, with the mom and daughter asleep, that seems very Persona (Ingmar Bergman’s 1967 Liv Ullmann-Bibi Andersson classic).

Very Persona! You see they’re the same, in a way, in a moment of tranquility between them only possible in unconsciousness. Then you see Laurie [Metcalf, playing Ronan’s mother] making the bed. That tells you everything about the character without words — only a certain kind of mother would make the bed in a motel. 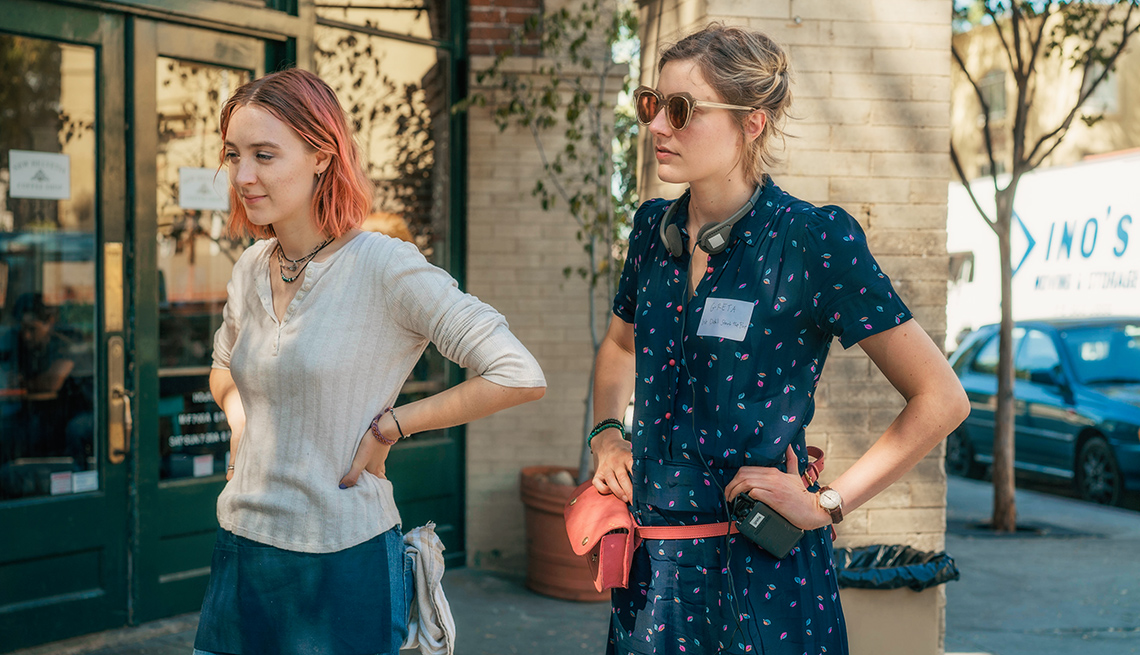 Actress Saoirse Ronan, left, and director Greta Gerwig, on the set of "Lady Bird"
Merie Wallace/Courtesy of A24

Laurie Metcalf, 62, is on a big career roll — she got the Roseanne show revived on TV, and she’s on Supergirl and The Big Bang Theory.

I grew up without TV, so I’d never seen Roseanne, but I’d seen her in Chicago at Steppenwolf and in Misery on Broadway, one of the most extraordinary performances I’d ever seen.

I’m a big theater nerd. I like language that’s quotidian and poetic, casual but heightened. The emotions are real, but there’s something that feels too precise about it to be actually real. Lifelike, but different. There’s no hiding onstage, no cutting a performance together. Theater actors always show up knowing their lines inside and out; film actors have superstitions about being spontaneous. I’m not such a fan of that choice. I didn’t watch Homeland but saw Timothée Chalamet [who plays a Lady Bird boyfriend] in John Patrick Shanley’s Prodigal Son. I saw Lois Smith playing a blind seer onstage in John. Mind-blowingly good!

I wanted someone to see Lady Bird, and see all of her — to not be taken in by her, to see her problems and flaws and still say, “I like you.” But not in a saccharine way, or a way that’s excusing what’s wrong with this girl, but like that Southern saying: “God loves you just as you are, but too much to let you stay that way.” It’s about that deep pleasure of being seen by someone completely. Lois has this empathy that emanates from her, not sympathy, empathy from having lived such a life. It’s palpable. The teenage girls just adored her. Between setups for scenes of her teaching class or doing skirt-length check, all the teenage girls would be around her talking to her because she has this quality of genuinely being wise. 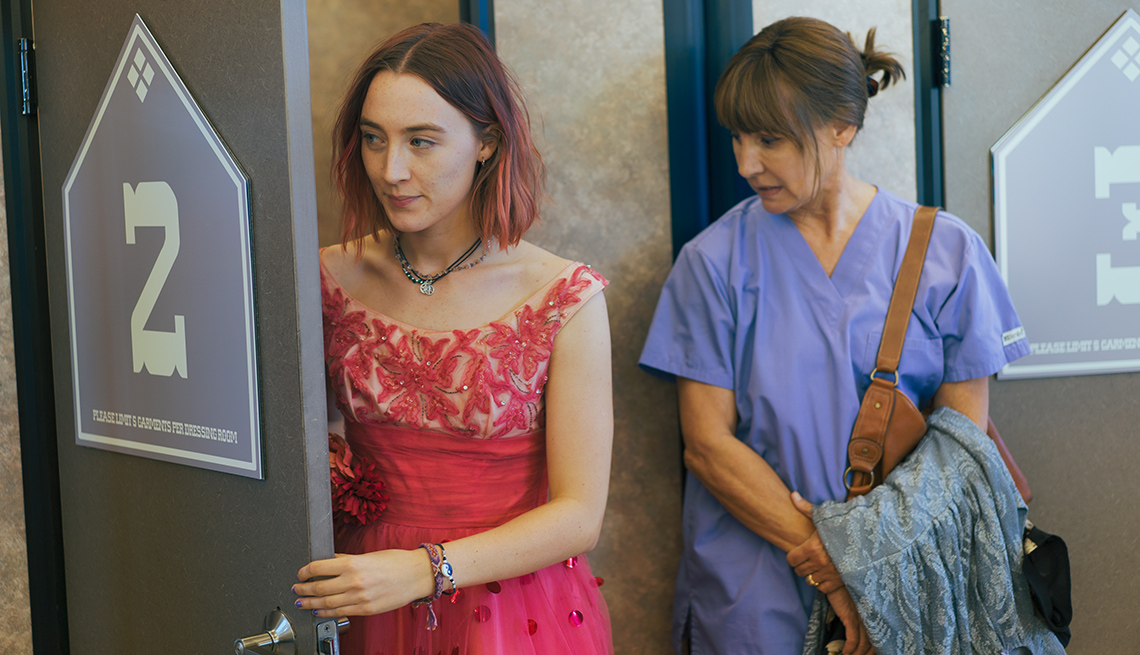 Saoirse Ronan and Laurie Metcalf play a mother and daughter in "Lady Bird."
Merie Wallace/Courtesy of A24

Smith has stolen onscreen scenes from James Dean in East of Eden, Jack Nicholson in Five Easy Pieces, Tom Cruise in Minority Report, and Jon Hamm in Marjorie Prime — all movies as good as yours. What  Lady Bird  scene would  you put on a reel with those performances?

The one when Lady Bird is back from suspension, and Sister Sarah Joan knows she’s probably done  something  else deserving suspension. She tells Lady Bird something about herself and about love. We don’t cut to a close-up, but you have such a clear picture of her face, you feel like it was a close-up. It’s something about her voice and the way she says it that just resonates. She’s one in a million.

And which scene of Laurie Metcalf’s would you choose?

The scene that makes me cry reliably — and I’ve seen it hundreds of times — is when she comes into Lady Bird’s bedroom, hangs up a dress from the thrift store, picks up something off her bed and just looks at her asleep. It breaks my heart, all these invisible things that parents do that you’ll never know. You love this teenager, this crazy girl, so much that you don’t know what to do. You just watch her sleep. 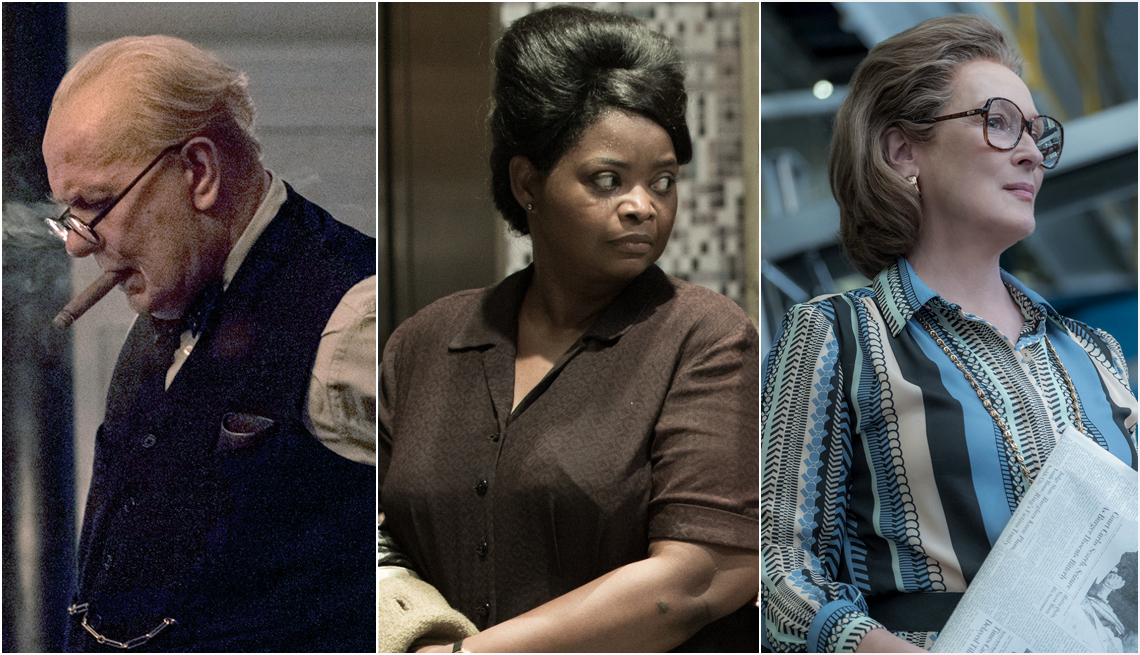