The makers of The Greatest Showman — the new movie inspired by the life of P.T. Barnum, the huckster and showman who created the traveling Barnum & Bailey Circus, and Hugh Jackman’s first musical since Les Miserables — evidently feel more confident about the score for the fanciful biopic than the story, because they put a strict embargo on reviews of the movie until one minute after midnight today. Instead, they led with an early release of the tunes in the movie, which grabbed three Golden Globe Award nominations (for Jackman’s performance, best musical or comedy, and best song “This Is Me,” which also got a Critics’ Choice Award nomination) before almost anybody besides a few awards-voting critics saw it.

They got the music part right, and the star. Jackman, who turns 50 in October, doesn’t need Wolverine muttonchops to be a superhero — all he has to do is open his golden throat and blow us away. We know Barnum was a famous fraud and no hero in history, but in spite of our better judgment, his enthusiasm sweeps us away. In his delightful duet with Zac Efron, who plays a previously sensible highbrow playwright named Philip, Jackman’s animal magnetism along with many whiskey shots convince the kid to reject respectability and join his act, the 1880s' freak show that revolutionized American pop culture. “I can’t just run off and join the circus,” says Philip. “Why not? You clearly have a flair for show business,” protests Barnum. “Show business? I’ve never heard of it,” says Philip. “Because I just invented it!” says Barnum. Then comes “The Other Side,” just one of the wonderful show-tunes-meet-pop songs crafted by Beni Pasek and Justin Paul, who got the Oscar for La La Land and the Tony for Dear Evan Hansen. “You're onto something,” sings Efron, who hasn’t lost his High School Musical and Hairspray chops. “But I live among the swells, and we don’t pick up peanut shells … Oh damn! Suddenly we’re free to fly! We’re going to the other side!” 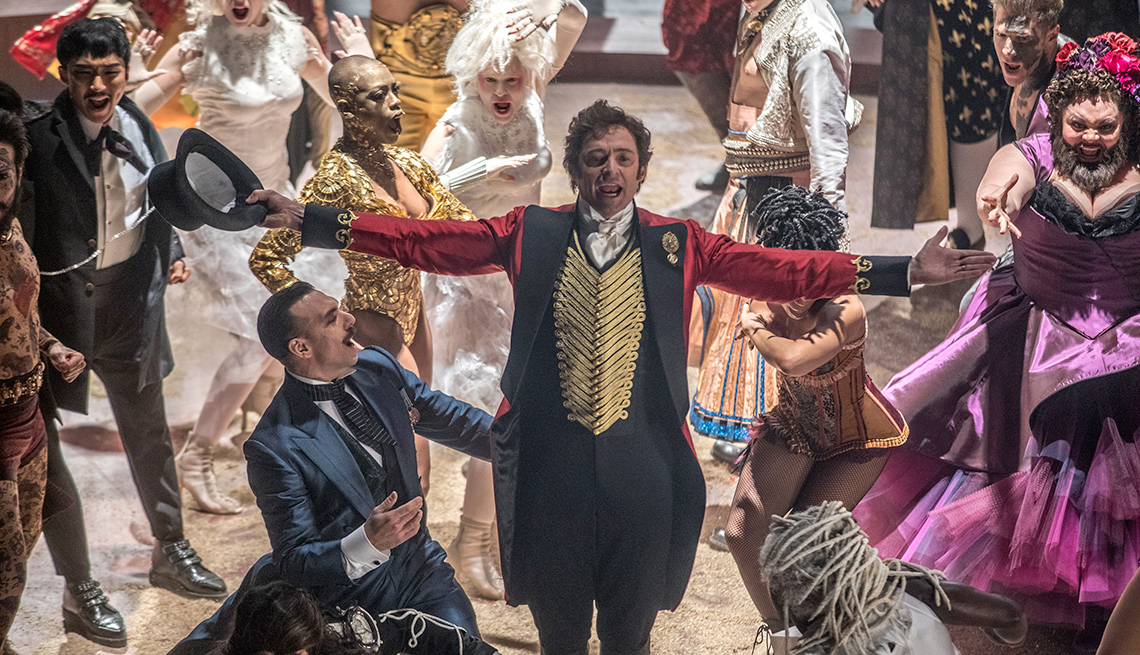 Hugh Jackman plays P.T. Barnum, a man who rose from nothing to become a showman and create Barnum & Bailey Circus.

The rousing, stagy number “The Greatest Show” sounds like Imagine Dragons’ “Thunder” played through an 1880-ification machine, and you’ll probably exit the theater crooning the catchy lyrics Barnum uses to sell his dream to his well-born wife (Michelle Williams). Efron does an irresistible midair song with fellow Disney veteran Zendaya, playing a poor black trapeze artist who fears the consequences of dating a rich white guy. Still, the standout song — sung by the Bearded Lady in Barnum’s circus (Keala Settle) and likely to get an Oscar nomination — is “This is Me,” a classic outsider’s anthem: “I'm marching on to the beat I drum/ I'm not scared to be seen/ I make no apologies, this is me!”

The music is grabby, but the story itself has problems. This isn’t the kind of movie where historical accuracy matters, but despite extremely talented writers — Bill Condon, 62 (Chicago, Dreamgirls), and Jenny Bicks, 54 (Sex and the City) — and ace performers at the peak of their powers, it’s just hard to sell Barnum as a terrific guy who’s on the side of the freaks he exploits and exhibits. The film shows a bit of Barnum’s dark side by having him betray the sideshow acts when he wins fame, but it’s kind of half-hearted, and ultimately there is no core to his character. Williams is a good sport in a not-so-good supportive role, patient with the antics of the ambitious carny-barker suitor her rich dad despises. What girl could resist being led blindfolded to behold her new mansion, in a procession of horses painted to resemble zebras? But the marital-crisis subplot involving her rival for Barnum's affections — the Swedish Nightingale Jenny Lind (Rebecca Ferguson), whose Barnum-promoted performances earned her $10 million in today's dollars — is contrived.

The main problem is, we just can't believe this guy is for real, and the circus people's victory over bigotry isn't as satisfying as the outsiders' triumph in a musical like Hairspray. The movie looks and sounds good, set in a modernized 19th-century milieu that never was. What that leaves us with is the spectacular verve of the filmmaking, the catchy tunes and the sheer star power of Jackman, Efron, Zendaya and Settle. That should put a spring in your step and a song (or more) in your heart.