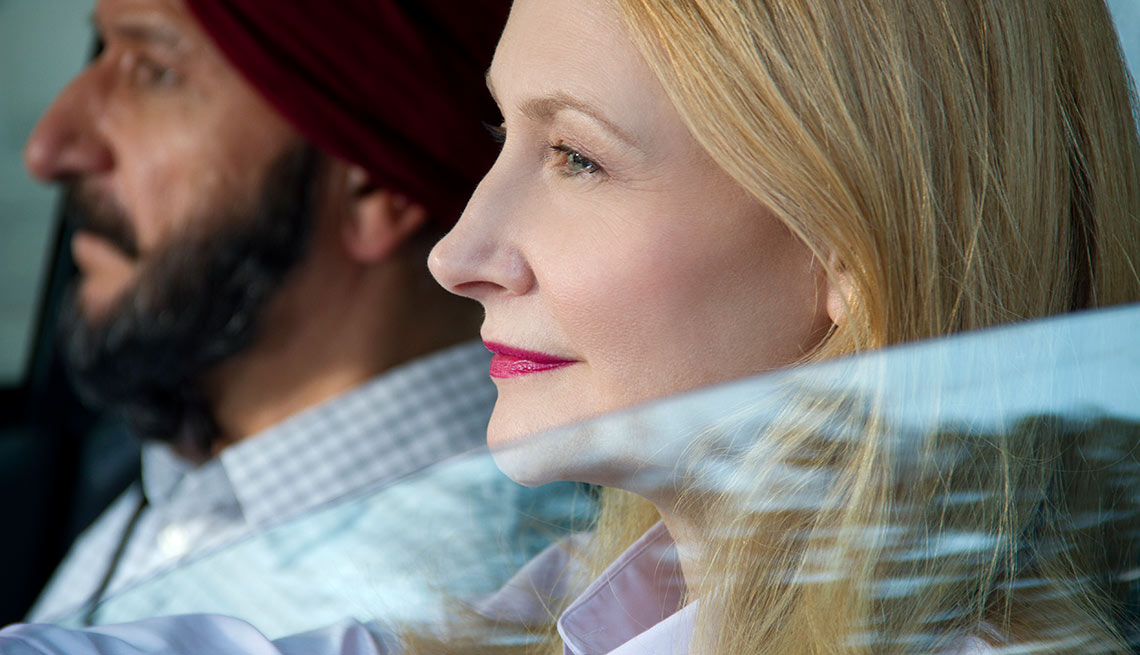 Patricia Clarkson and Ben Kingsley star in 'Learning to Drive.'

'Learning to Drive,' a gentle comedy about life at middle age, is written by a woman (Oscar winner Sarah Kernochan), directed by a woman (Isabel Coixet) and coedited by a woman. Four of its eight producers are women.

Why is that notable? Because only 17 percent of directors, producers, writers, cinematographers and editors working on major feature films are women, reports San Diego State University.

"The feminine voice is obviously not heard enough," says 'Drive' star Patricia Clarkson, 55, an Oscar nominee for 2003's Pieces of April. "As far as we have come in this business, it's still an older man's world." She pauses. "Well, I guess now it's a younger man's world."

Clarkson plays Wendy, a Manhattanite about to divorce. As she ruminates on her coming independence, she aspires to learn a skill foreign to many New Yorkers: driving a car. Her instructor, Darwan (Ben Kingsley), is a Sikh on the verge of an arranged marriage to a woman he has never met. Kingsley's performance as the masculine, proud and conflicted Darwan — whose life is in many ways defined by the women in his life — is just one of the many right turns taken in Learning to Drive, a film Clarkson says could very well have been directed by a man, but very fortunately was not.

"In some ways, it's nice that Sir Ben's is the only really strong male voice in the film," she says. "It is crucial in this business to have women at the forefront. The female voice is special. If a man had directed Learning to Drive — and at some points there were male directors associated with it — it would have been a different film. But what Isabel brought to it was distinctly and uniquely feminine.

"It's crucial to have women at the forefront of this business," says Clarkson. "'Learning to Drive' is the movie that it is because it was led by females. It was cocooned in estrogen!"