En español | Something was wrong. Whenever she tried to sing, the old power would not come. The pitch was wobbly. Her voice was choked. And nothing seemed to help.

In 2003, Shania Twain, a five-time Grammy winner and the top-selling female country artist in history, started losing the gift that had taken her from poverty to stardom. She wasn't sure she would ever sing again.

What could feel worse than losing a voice that had saved your life? Perhaps losing your marriage. A few years after she left the limelight, Twain's husband, Robert John “Mutt” Lange, who was also her cowriter and producer, told her their 14-year marriage was over. Within weeks she discovered the reason: He'd been cheating with her best friend.

Twain plunged into a depression. “There were days I didn't really care if tomorrow came,” she once admitted.

This story, though, is not a sad country song but a feel-good pop anthem. Some 16 years after the hard times started, Twain is back with a revitalized voice, a happy second marriage, a return engagement in Las Vegas and even a budding film career. The title of her second movie, I Still Believe, out March 20, could describe her own comeback story.

"Survival is everything,” Twain says over a glass of white wine. “I was in quicksand. I panicked, like everybody does, but I didn't surrender. I found a way out."

We're seated at a long wooden table in the sewing room of her home, a horse farm on the outskirts of Las Vegas. This is where Twain designed the costumes for her current Vegas show — Let's Go! — which draws heavily on her long run of hits (such as “Forever and for Always,” “Whose Bed Have Your Boots Been Under?” and “Man! I Feel Like a Woman!"). 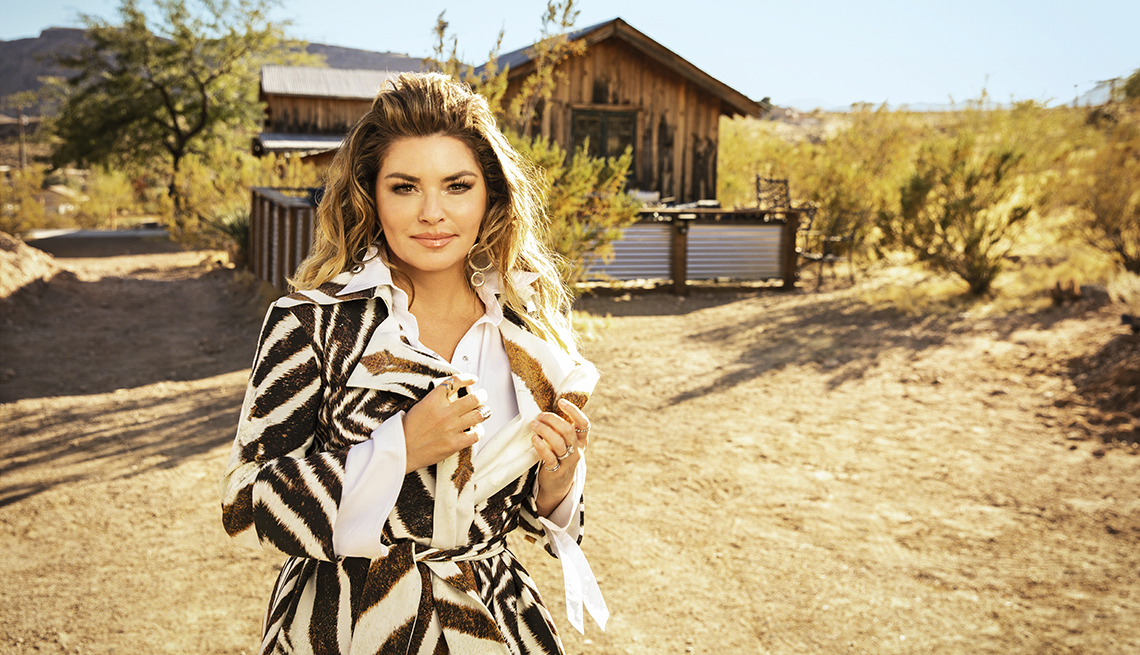 “When you get older, you have so much experience at falling and getting up. You're not going to stop falling. But you will get better at getting up and brushing yourself off. I believe that. I've lived it."

Today, Twain is wearing a brown ball cap and a white hoodie handed down from her son, Eja (pronounced “Asia"), now 18. Onstage, however, her wardrobe is more stylish than ever. At 54, Twain doesn't shy away from baring the midriff that once put Nashville traditionalists in a dither.

"I'm more comfortable with my body now than I was when I was younger. It was really a struggle back then,” she says. “But with age, you ask, OK, how many more years do I have to live, and do I really want to live them feeling negative about myself and the things I can't change? "

She laughs. “I just think it's not worth it. Age brings perspective,” she adds. “Every day I learn something new. And I plan on doing that till the day I die."

Born Eilleen Regina Edwards and raised in Ontario, Canada, Twain endured a hardscrabble childhood. Her father abandoned the family early, and after her mother, Sharon, married Jerry Twain, there wasn't always enough money for heat or proper meals. The family also experienced domestic violence. At age 4, Eilleen saw her stepfather knock her mom unconscious against a toilet seat and try to drown her. “That was the beginning of the norm for the rest of my childhood,” she says now. “I don't know how we survived it."

Eilleen had a pretty singing voice, but she was petrified to perform in front of crowds. Still, her mother grabbed on to the child's talent like a lifeline, getting her up in the middle of the night to sing in bars. By age 8, Eilleen was a country-folk singer; at 17, she was touring with a rock band. In 1987, Sharon and Jerry were killed in a car crash, and 22-year-old Eilleen took charge of her three younger siblings. When she was discovered by a Nashville attorney who set her up with a record contract, “Eilleen” became “Shania,” to reflect her link to the Ojibwa tribe through her stepfather. 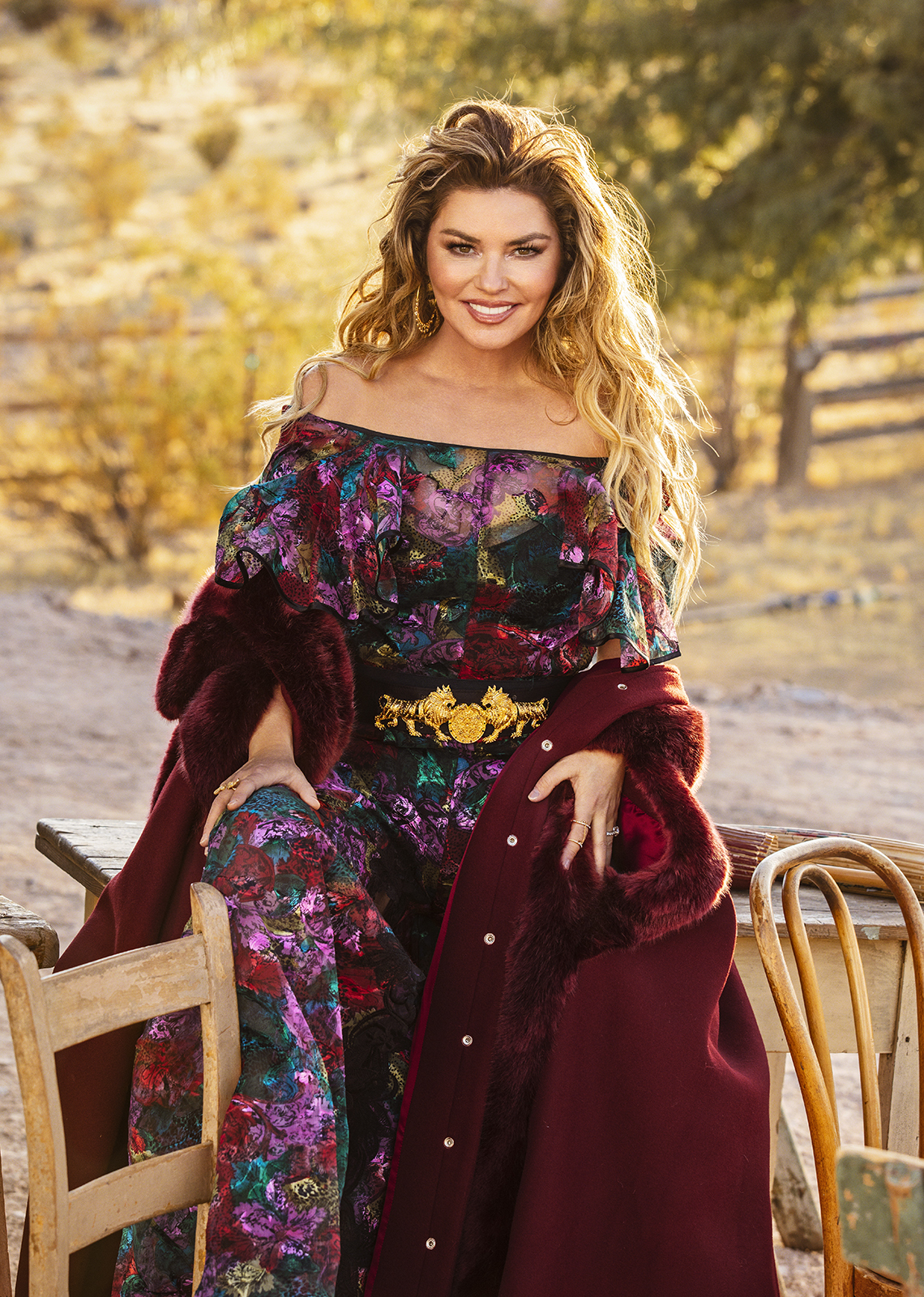 How to Stage a Comeback

It hurts to lose ground, yet it's rarely too late to recover

Feeling discouraged is human, notes resilience researcher Angela Duckworth. With time, that emotion can inspire you to take action.

Focus on what Duckworth calls subgoals — like reaching out to one contact on LinkedIn. Accumulating these is how big progress is made.

"Never lie; don't embellish,” Sitrick advises. If you messed up, admit it and state how you've changed. That's how you earn respect.

"Feeling like an underdog can be highly motivating,” says Duckworth, who wrote the best-selling book Grit to prove a doubter wrong.

Her first country tour, in early 1993, was with a young Toby Keith, who remembers both Twain's generosity and her seriousness of purpose when it came to rehearsals. “She wouldn't compromise,” he says.

Her first album failed to yield a major hit. But Mutt Lange, the producer of AC/DC and Def Leppard, heard something in her voice, and when he offered to cowrite and produce her next album, The Woman in Me, Twain jumped at the chance, crafting songs with hooky melodies and clever wordplay. Her follow-up album, 1997's Come On Over, also produced by Lange, helped redefine modern country. The two married in 1993, and Eja, their only child, was born in 2001.

Twain was on tour in 2003 when her voice first began to falter. The diagnosis was dysphonia — a neurological disorder of the larynx — though the cause was unknown. Thinking her career might be over, she devoted herself to raising Eja in the couple's Swiss château.

But things at home kept getting tenser, and in early 2008 she confided in the couple's personal assistant, Marie-Anne Thiébaud, whom she considered a dear friend. Don't worry, Thiébaud assured her; it was “absurd” to think that Lange was unfaithful.

Then Lange told Twain that their marriage was over — and Thiébaud's husband, Fred, told her why: Mutt was involved with Marie-Anne. Devastated, Twain leaned on Fred for understanding, and over time they forged a deep friendship that turned into love. The two became engaged in 2010 (to end up together is “twisted, but so beautifully twisted,” she says) and married in 2011.

Today, Twain seems fully recovered from her heartache — and also, finally, from the problems with her voice. She consulted with many physicians over the years, and more than one suggested that the root cause of her problem was emotional stress. She investigated relaxation techniques, grief therapies and self-help books; eventually, she was able to return to performing, though she had to devote a great deal of time to vocal warm-ups.

The time away had left its mark on her. When she began writing songs for her 2017 album, Now — her first in over a decade — there was plenty of stress involved. The songs she was writing were naked, raw and full of pain. The record debuted at number 1 on both the Billboard country- and pop-album charts.

You don't get to where Twain has gotten — twice — without persistence, and she never stopped seeking the root cause of her dysphonia. It was a Philadelphia otolaryngologist, Robert Sataloff, who finally figured it out: A case of Lyme disease had caused nerve damage. In 2018, Sataloff surgically implanted Gore-Tex stabilizers in Twain's throat so her vocal muscles don't have to work so hard. But keeping the musculature in performing shape is still “a constant battle,” she admits.

“Age brings perspective. Every day I learn something new. And I plan on doing that till the day I die."

In addition to working to regain the ground she lost in the music world, Twain has staked claim to new territory, as a film actress. In 2019, she played her first dramatic role, with John Travolta portraying her love interest, in the race car film Trading Paint. She was a natural, Travolta says — “intuitive and thoughtful.” In fact, Travolta came to think of her as “the jewel of the film."

Now, Twain is appearing in I Still Believe, the story of real-life Christian-music singer-songwriter Jeremy Camp, who lost his 21-year-old wife, Melissa, to cancer. In the movie, the sultry Twain is almost unrecognizable as a Midwestern mom. Costar Gary Sinise, who plays her husband, says the two clicked right away: “It was just wonderful to spend time with her."

These days, Twain is writing new music, much of it reflecting on her childhood. She hopes to continue acting and would love to play something really out of character, like the villain in a horror film. Not content with just one new career in her 50s, she has begun to do film scoring, too.

After everything she has been through, Twain could be forgiven for wanting to play it safe with her career and her life. Yet she reveals that the older she gets, the more comfortable she becomes with taking risks.

"Sometimes I get overwhelmed coping with things, but experience also teaches you how to manage,” she notes. “When you get older, you have so much experience at falling and getting up. You're not going to stop falling. But you will get better at getting up and brushing yourself off. I believe that. I've lived it." 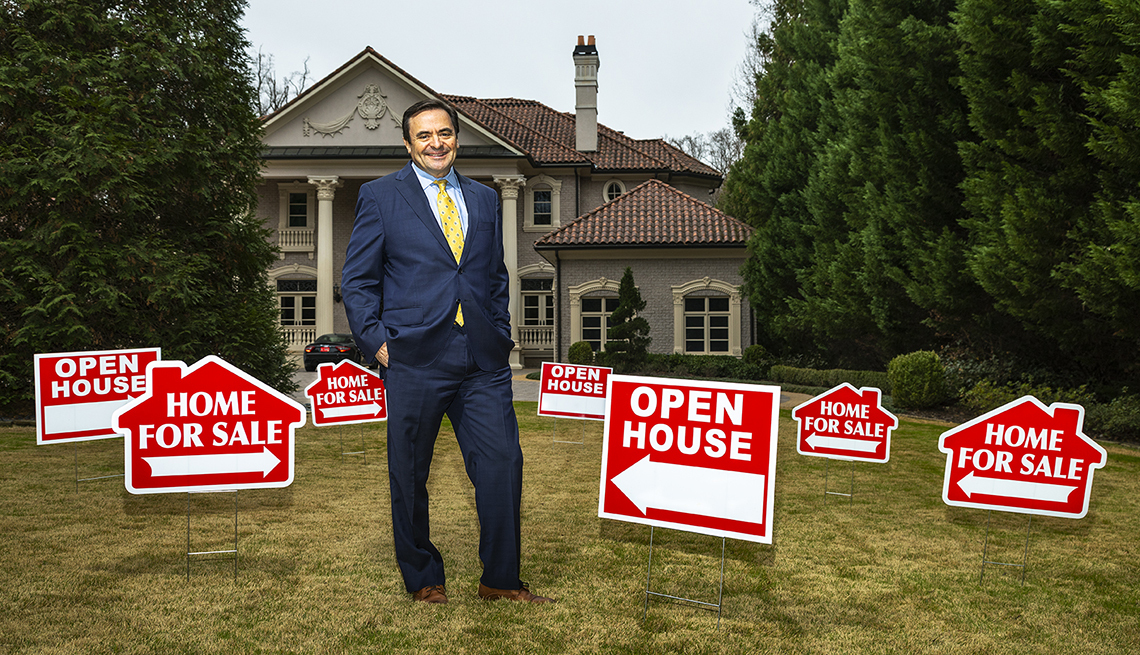 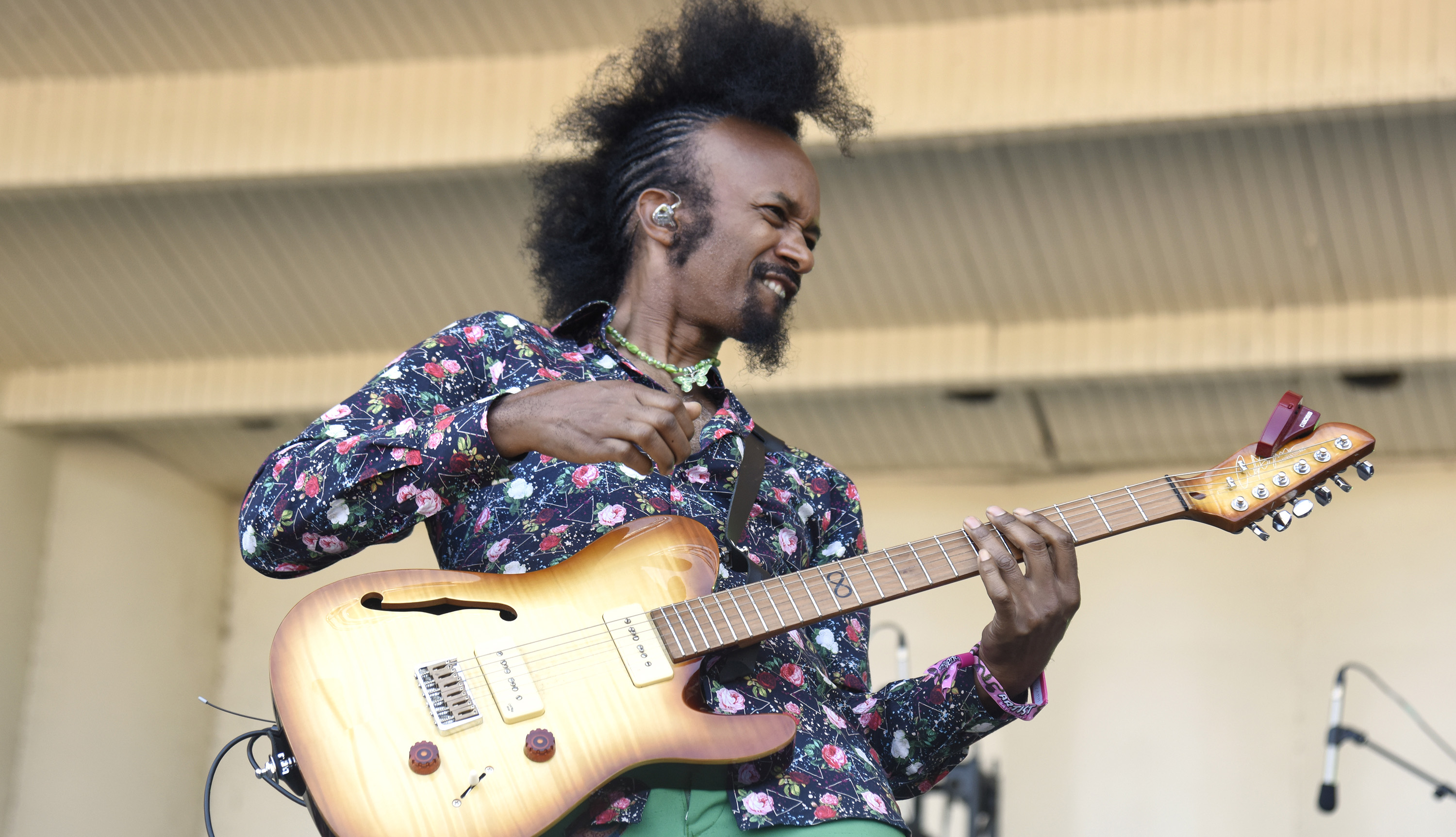 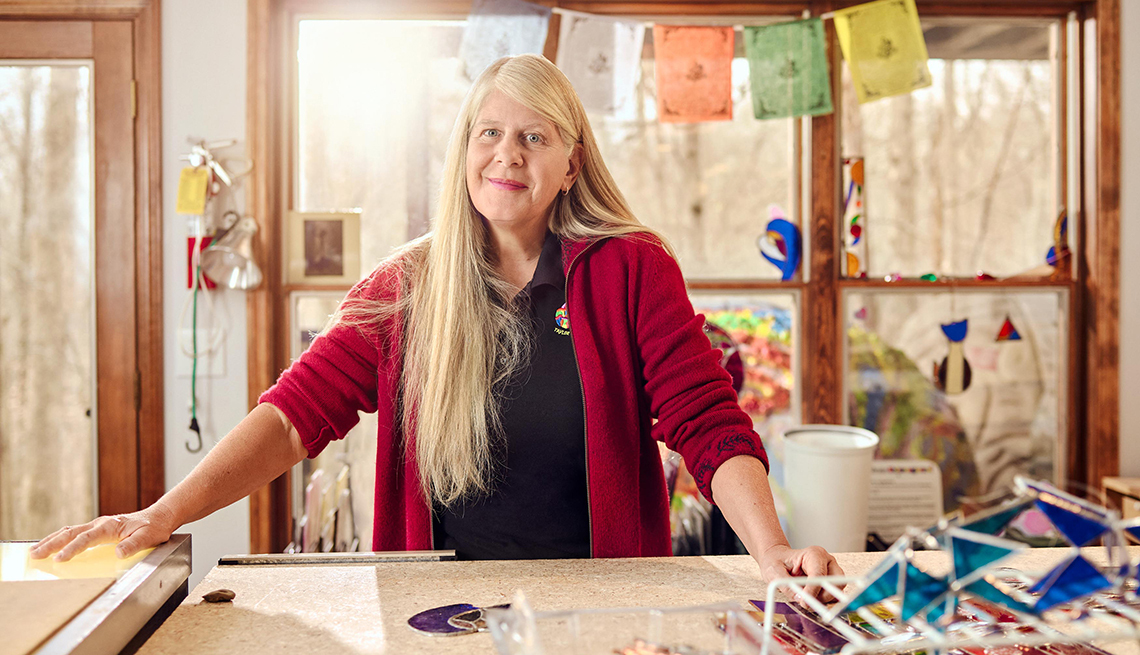 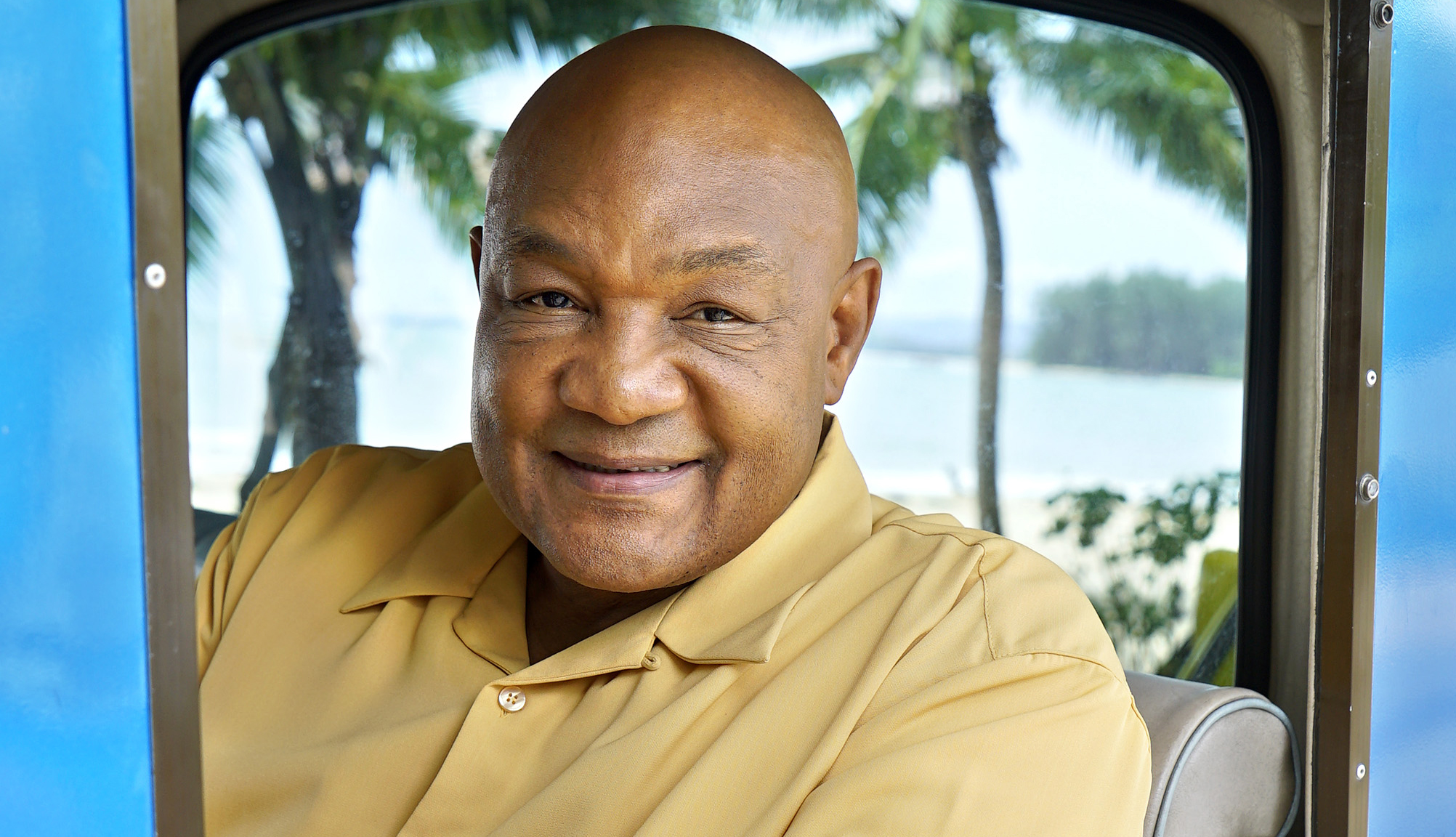 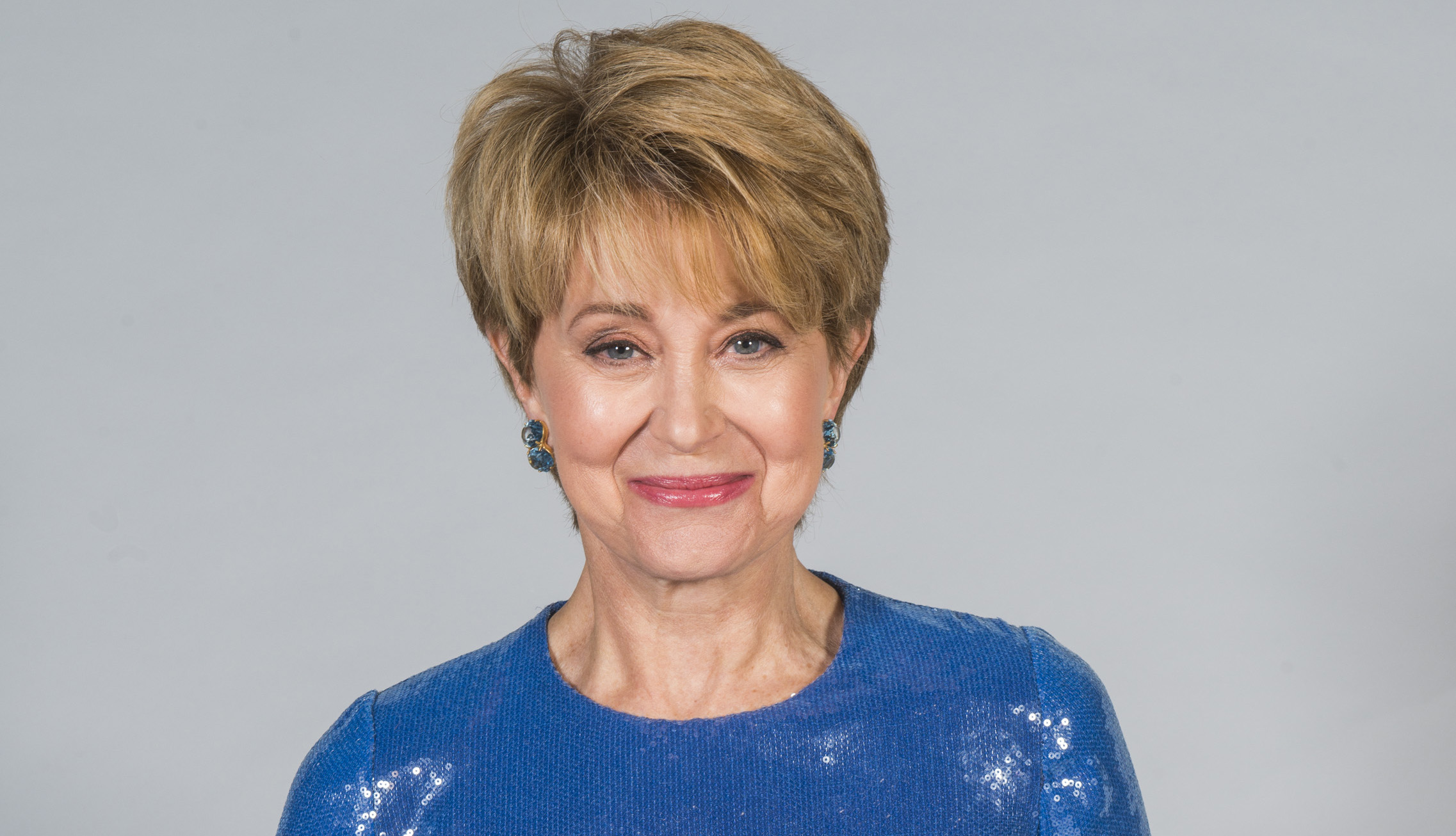