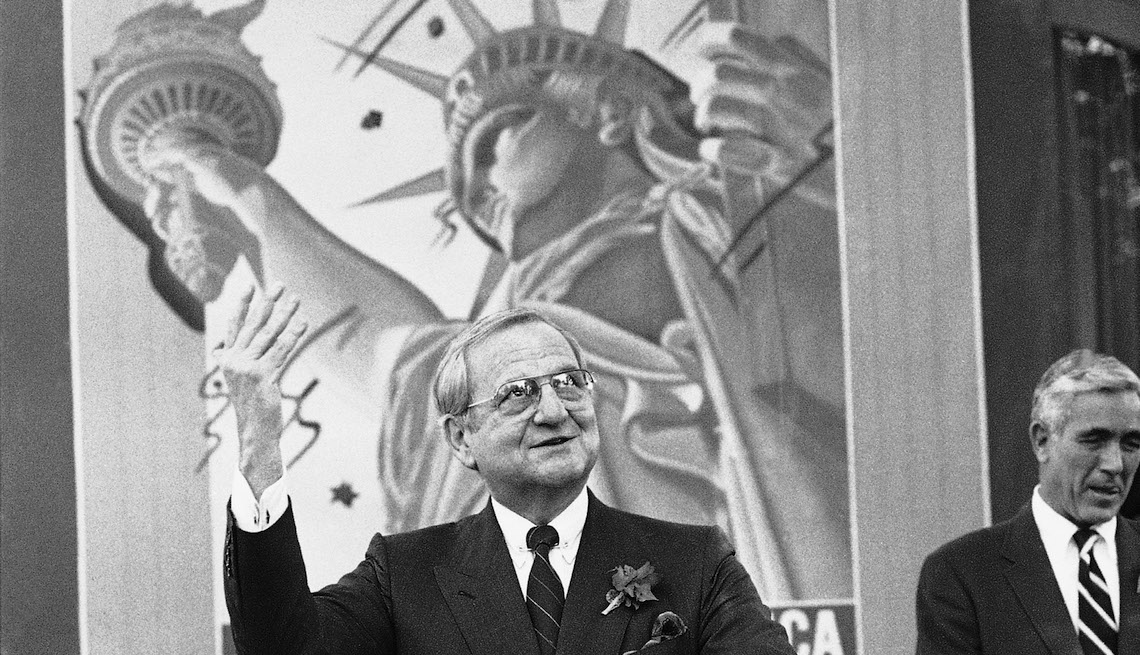 Lee Iacocca, who gave America the Mustang and the minivan, died July 2 of Parkinson's disease at his home in Bel Air, Calif. Here are a few things about his illustrious life you may not have known:

He revived the Statue of Liberty. Iacocca deserves a Fourth of July toast, because he raised over $350 million to fix Lady Liberty, whose torch-bearing arm was corroded and swayed perilously in strong winds. In his No. 1 best-selling memoir, he called it “a labor of love for my mother and father,” who arrived there from Italy. But despite raising the money, his undiplomatic ways got him fired as chair of the statue's restoration work. At its 100th anniversary party in 1986, 13 million people watched the biggest fireworks display in U.S. history, and Iacocca's mom said, “I am happy so much for him I can describe to nobody — he makes me feel so good in here,” and tapped her heart.

He wasn't just about money. When his hot-dog vendor dad lost his fortune in the Great Depression, young Iacocca vowed to become a millionaire, but that wasn't his sole interest. He read every issue of Downbeat and knew every major jazz sideman's name. He also was his school's champion Latin student three years running, and attended Albert Einstein's lectures as a grad student at Princeton.

He was the greatest car salesman since Henry Ford. Iacocca's greatest hit was the sporty 1964 car that was almost named the Puma, Cougar, Cheetah or Special Falcon — but finally was named after a World War II fighter jet, the Mustang. It sold so well that it made simultaneous covers of Time and Newsweek in 1975. It was so cool Steve McQueen drove it in Bullitt, and a bakery put a sign in its window: “Our hotcakes are selling like Mustangs.” But Henry Ford II, who wanted to call the Mustang the T-Bird II, fired him in 1978. Within a year, Iacocca was running — and rescuing — rival Chrysler, partly through brilliant TV commercials that made him a star and turned the company's $1.7 billion loss to a $2.4 billion profit.

He might have been president. A Gallup poll ranked him the third-most-admired human after Ronald Reagan and the pope, and Massachusetts Sen. Tip O'Neill talked him out of running against George H.W. Bush for the presidency. He had a plan for, as he put it, “making America great again": cut $15 billion each from defense and social programs, add a 15 percent tax on imported oil, and make Democrats, Republicans, labor and business each shoulder the cost of reducing the deficit. “If America could rebuild Western Europe after WWII,” he wrote, “we ought to be able to rebuild our own country today."

He hated the idea of retirement. “Mandatory retirement is a terrible idea,” he wrote. “We should be depending on our older executives. They have the experience. They have the wisdom. What is wrong with old age if the guy is healthy? Sure, working can kill you, but so can not working."

Famous People We Lost Over the Years