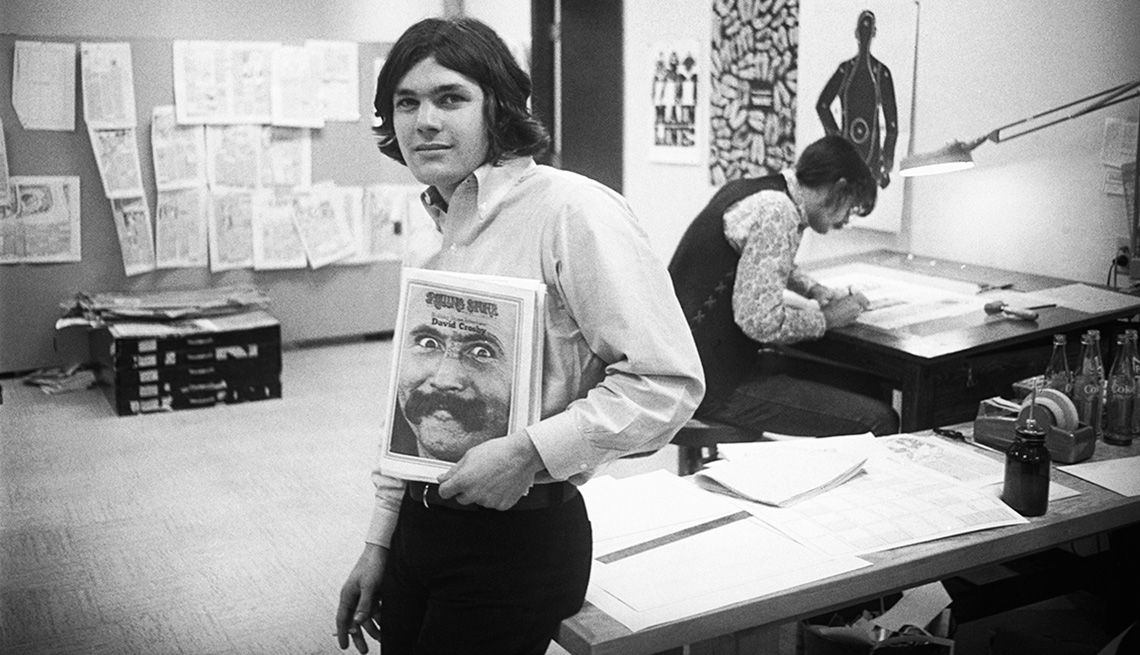 Jann Wenner, 71, announced this week that Rolling Stone, which he founded with a borrowed $7,500 in San Francisco 50 years ago, is up for sale.

In March he had sold 49 percent of the company for an undisclosed sum, and now he’s selling the rest — though he and his son and heir apparent, Gus Wenner, 27, hope to stay on. As he told AARP The Magazine: “With Rolling Stone in my life, we were so at the white-hot center of everything for so many years. Culture has changed. It’s all a young man’s game. I’m not that. We’re not the white-hot center anymore: the Rolling Stones or the Beatles or U2. I mean, it’s Taylor Swift and Rihanna.”

Rolling Stone still reaches some 60 million readers a month, and for the generations who are age 50-plus, its impact is lifelong. Few will forget its first cover, with a movie still of John Lennon from How I Won the War, or a later portrait of a naked Lennon embracing Yoko Ono (Wenner’s favorite cover) that was shot by photographer Annie Leibovitz the day Lennon died in 1980. The magazine's impact on music is incalculable: Writers such as Hunter S. Thompson, Lester Bangs and Tom Wolfe were the most influential on the counterculture — which rapidly became mainstream culture. By helping boost the writing careers of Cameron Crowe and Joe Eszterhas alone, the magazine has had a billion-dollar-plus impact on film and TV — Crowe's film Singles ushered in the Seattle grunge era and also wound up inspiring TV's hit Friends. Wenner took risks that no one else would, sometimes losing — as with his repeated attempts to make Us magazine a success among women readers as RS was among young men — but often winning big in a whole new way.

The highly intelligent cover subject Steve Martin once observed that a Rolling Stone cover "wasn't just publicity, the way all magazine covers have become. It was in itself an artistic achievement."

But change is necessary in this digital era of shrinking print ad sales — the culprit behind the end of the reigns of the editors of Time, Glamour and Vanity Fair. Still, don’t count Wenner out. As he said on the occasion of the magazine’s 1,000th issue back in 2006: “The golden age of magazines has now passed; the digital revolution has really stripped magazines of their resources. But there’s still the opportunity to do high-quality journalism and there’s a lot of audience for a print magazine."