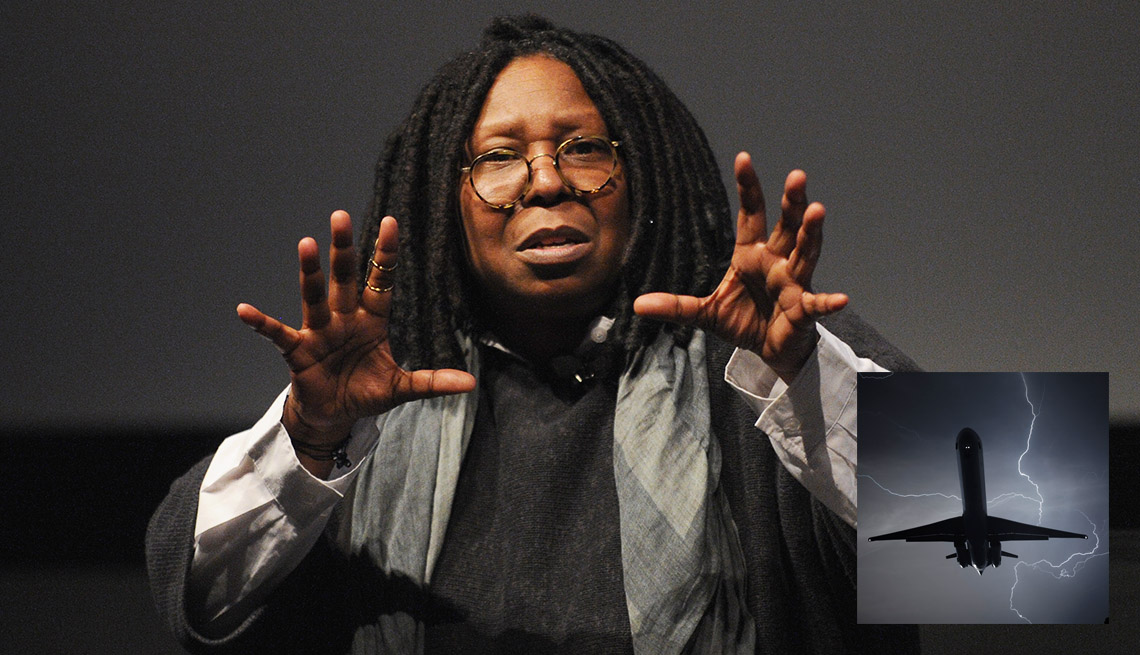 The Fear: Whoopie Goldberg wasn’t always petrified of flying. But sitting on a hotel balcony in San Diego in 1978, she witnessed a mid-air collision so terrifying it grounded her for the next thirty years. Her New York-to-LA treks would entail a luxury bus, two drivers working in shifts and 24 hours of nonstop travel. In 2009, faced with her prospect of producing Sister Act overseas, she had little choice but to take on her fears. Sensing a major PR coup, Virgin Airlines CEO Richard Branson convinced Whoopie to take his firm's one-day “Flying Without Fear” course—on live TV! Flight simulators would help her recognize fear patterns; a touchy-feely treatment called Thought Field Therapy would relieve negativity through annoying taps on the upper body and hands. Finally, a short test flight would “update” the flying experience, complete with sedative-wielding doctors.

The Resolution: “No, I haven’t gotten over it,” Goldberg later admitted of her aviaphobia. She managed to pull off the transatlantic jaunts, but still craves wheels and pavement. “I feel like I shouldn’t be flying,” she told CNN. “I should be rolling in my bus.” 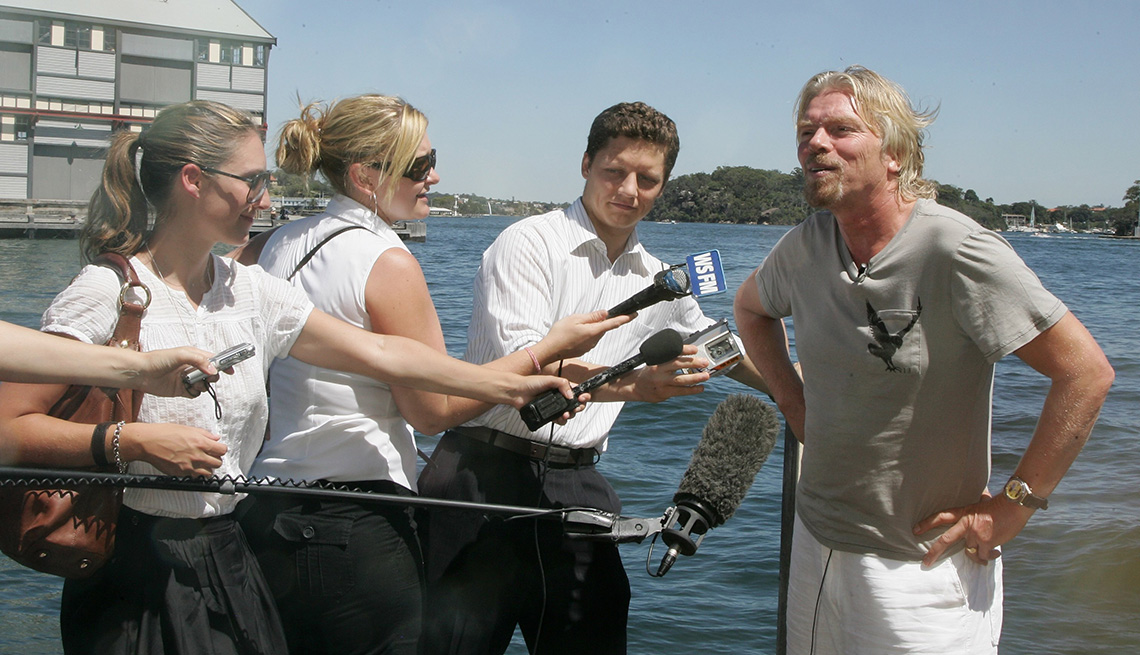 The Fear: Yes, he’s ok with flying. But Richard Branson has demons of his own: Despite his image as a spotlight-craving badass, Branson has a lifelong dread of public speaking. When he launched Virgin in the early 80s, his mentor, entrepreneur Freddie Laker, told him he had to make himself the public face of the company. “I remember thinking, ‘That's easy for you to say,’ because I was utterly terrified,” says Branson.

The Resolution: Branson relies on a slew of mind games to get him through his numerous speaking gigs. He forces himself to imagine he’s in his living room, chatting with pals. He spends weeks writing and rehearsing seemingly off-the-cuff speeches. And he relies heavily on videos and Q&A’s to shift attention elsewhere. Branson’s methods have been so successful that now he delivers speeches on—you guessed it—“The Art of Public Speaking.” 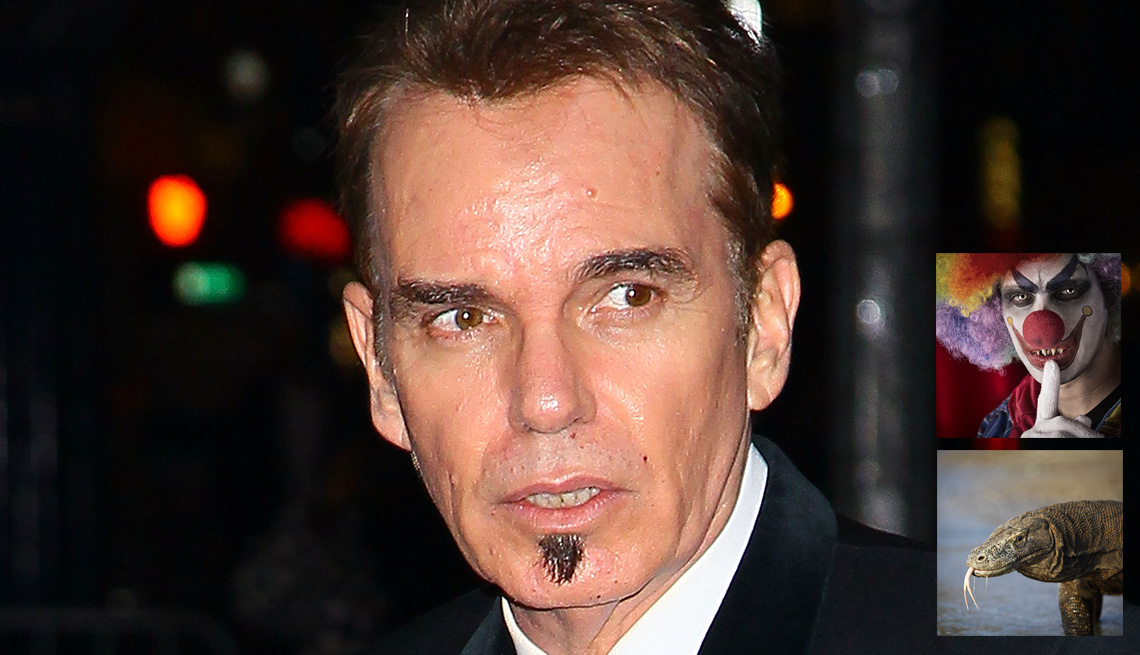 The Fear: Billy Bob Thornton is a twitchy mass of phobias, one weirder than the next. The Angelina-ex is afraid of bright colors, clowns, Louis XIV-era antique furniture (“it makes me think of people sitting around with those big puffy neck things…and the dust and the moldy odor”), live theater (“they talk too loud”) 19th century British Prime Minister Benjamin Disraeli’s hair (“I just know there were dust and mites in it”) and Komodo dragons (“dragons are evil”).

The Resolution: None so far. Admits Thorton: “I get things stuck in my head.” 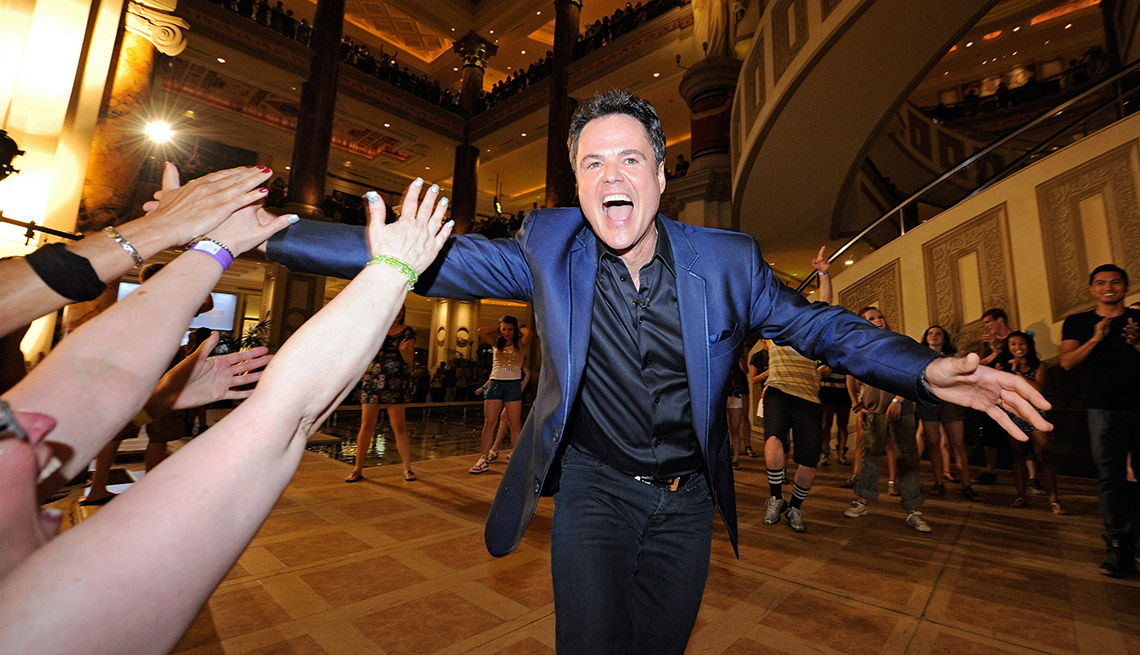 The Fear: Perhaps it was inevitable that beloved American institution Donnie Osmond would develop a paralyzing dread of another beloved American institution: the shopping mall. One night while starring in the musical Joseph and the Amazing Technicolor Dreamcoat, Osmond had a panic attack so severe that (as he later wrote) “I honestly believed I was dying.” It was part of a pattern of social anxiety that had dogged him for most of his life. One focal point became an extreme fear of malls, where he became convinced everyone was ridiculing him.

The Resolution: Osmond worked with a cognitive-behavior psychologist who showed him that many of his worries were groundless. Among his psychological exercises: buying a shirt at a shopping center, then returning it the next day—without disaster! “I survived,” Osmond said, “and even learned to laugh along with the people I always feared were laughing at me.” 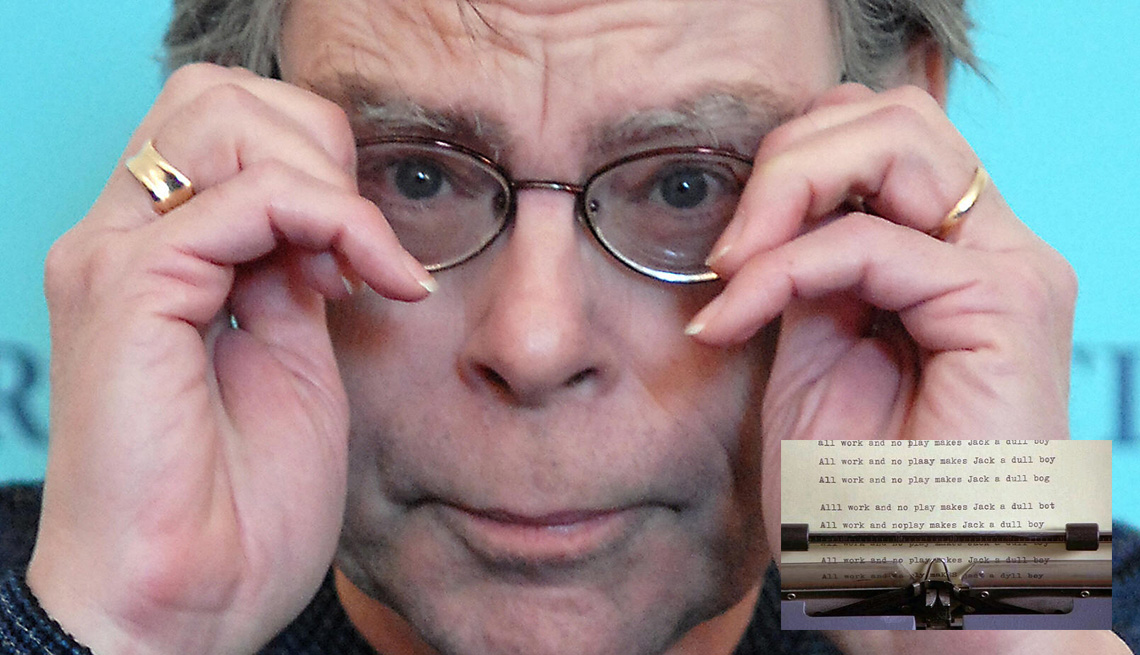 The Fear: Stephen King has a surefire and highly profitable method for dealing with his myriad anxieties about enormous rats, evil cars and pissed-off spirits: he writes about them. Horrifyingly, though, King’s worst phobia did indeed come true—right after he went through recovery for drug and alcohol abuse, he suffered a seemingly intractable case of writer’s block.

The Resolution: The syndrome almost sent him back to his addictions, but his wife Tabitha prompted him to write one word at a time, much like a stroke victim relearning to speak, until he could face his fear and regained his stride. “The scariest moment is always just before you start,” King later said. “After that, things can only get better.” 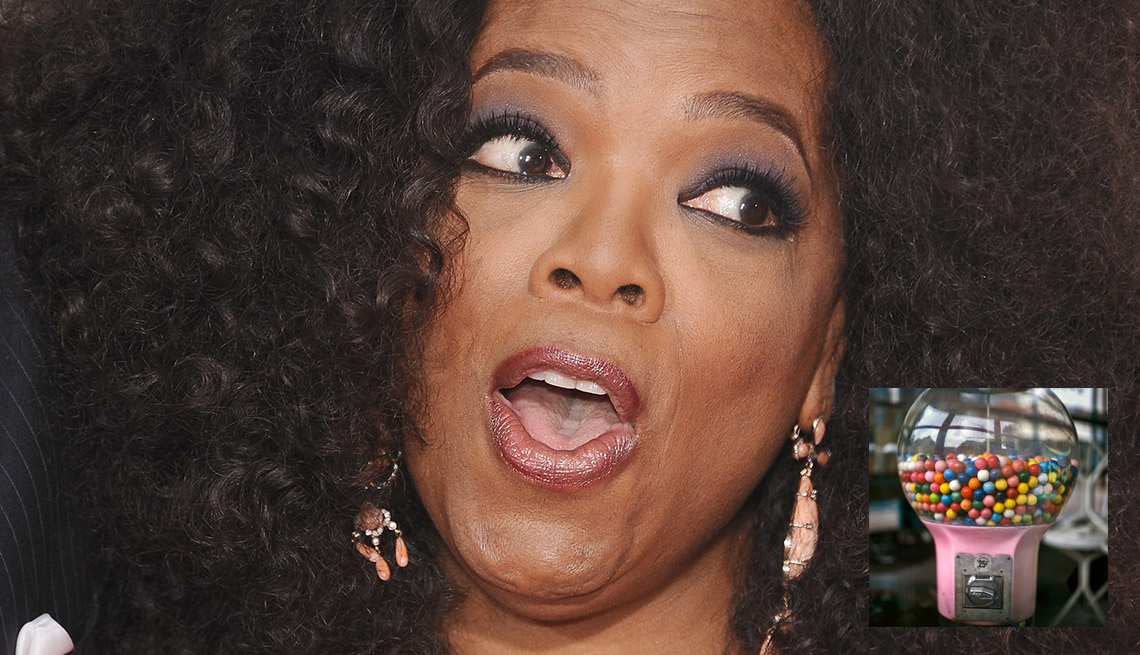 The Fear: Everything about Oprah Winfrey seems a bit special, including her crippling angst around gum and the people who chew it. The condition dates from her childhood, when her grandmother would stick used wads of gum to the furniture, even saving the offending deposits in a cabinet, lined up in rows.

The Resolution: Winfrey has never sought therapy for this aversion, nor does she have to. Her staff knows not to chew the stuff; studio audiences at her long-running TV show were instructed to leave their gum safely within their purses. One guest at Winfrey’s house, though, never got the message: she took some gum from her mouth and stuck it on her dinner plate. Later that night, Winfrey took the defiled china and tossed it in the garbage. It’s not known whether a return invitation was proffered. 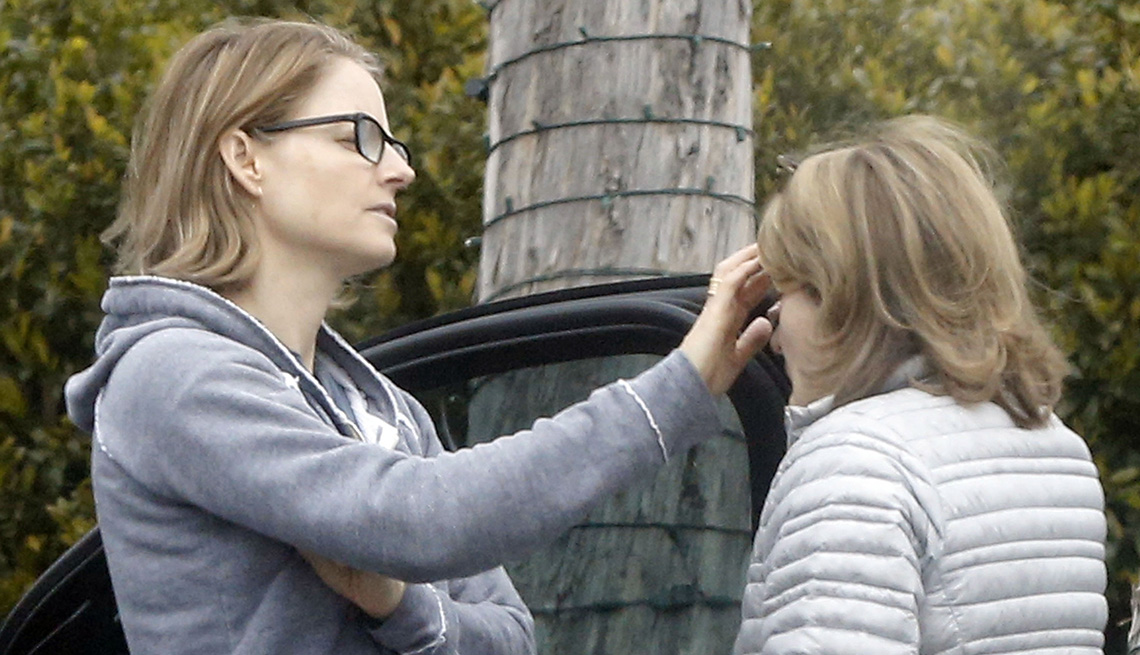 The Fear: For an A-list movie star, divulging an alternative lifestyle has long been considered a risky prospect that could spell the end of a leading-lady career. That could explain the case of Jodie Foster, who for many years lived with another woman—even raising children with her—while tripping on tortured answers to that boilerplate celebrity magazine question: “So who are you dating?” After years of awkward evasions, she flat-out refused to discuss her private affairs any longer. “It would be trivializing my life—selling it for a magazine,” she said.

The Resolution: At age 50, Foster took a decisive leap at revealing herself in a rambling speech this year’s Golden Globes, where she expressed “a sudden urge to say something that I’ve never been able to air in public.... Loud and proud, right?” The reaction of industry and public? Not shock, but simple relief 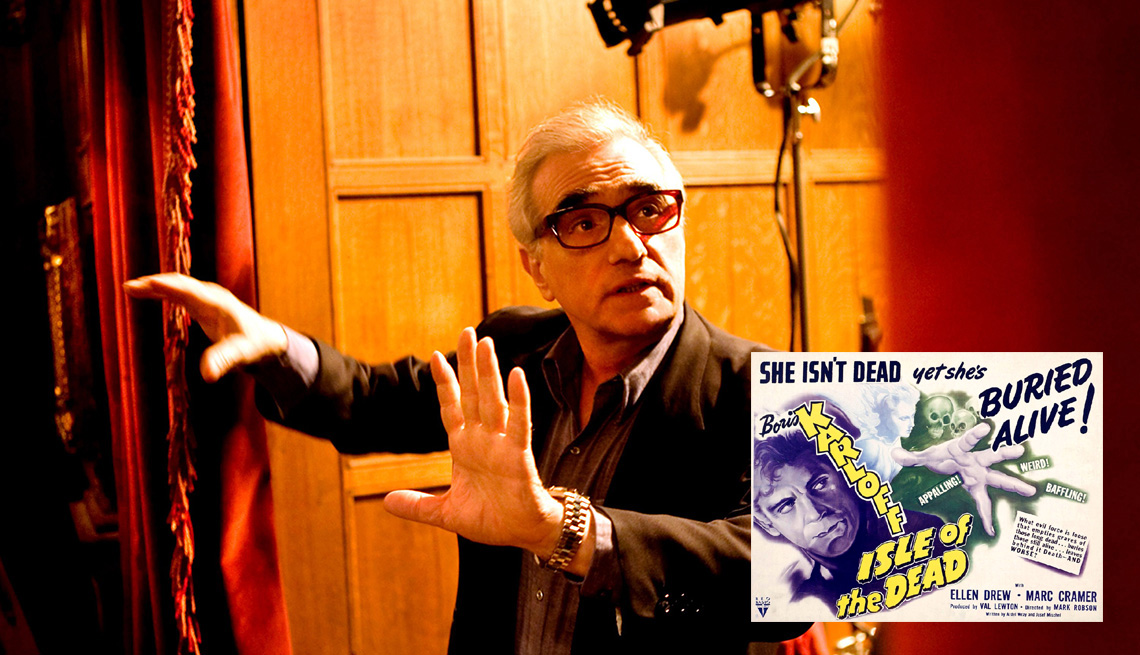 The Fear: Not only did the classic zombie flick Isle of the Dead send shivers down the spine of ten-year-old Martin Scorsese, a scene toward the end of the film—when a woman who’s been buried alive arises from her grave, wearing a white shroud and bent on vengeance—scared the director-to-be so thoroughly that he ran out of the theater screaming. It gave him nightmares for most of his life.

The Resolution: Scorsese says he was finally able to address this long festering fear when he made his creepy 2010 thriller Shutter Island, a decidedly untypical entry from the Goodfellas auteur. It’s a film where unseen and unspeakable terrors seem to lurk around every corner—an homage to the Hollywood shockers of Scorsese’s youth, and an exorcism of childhood terrors. 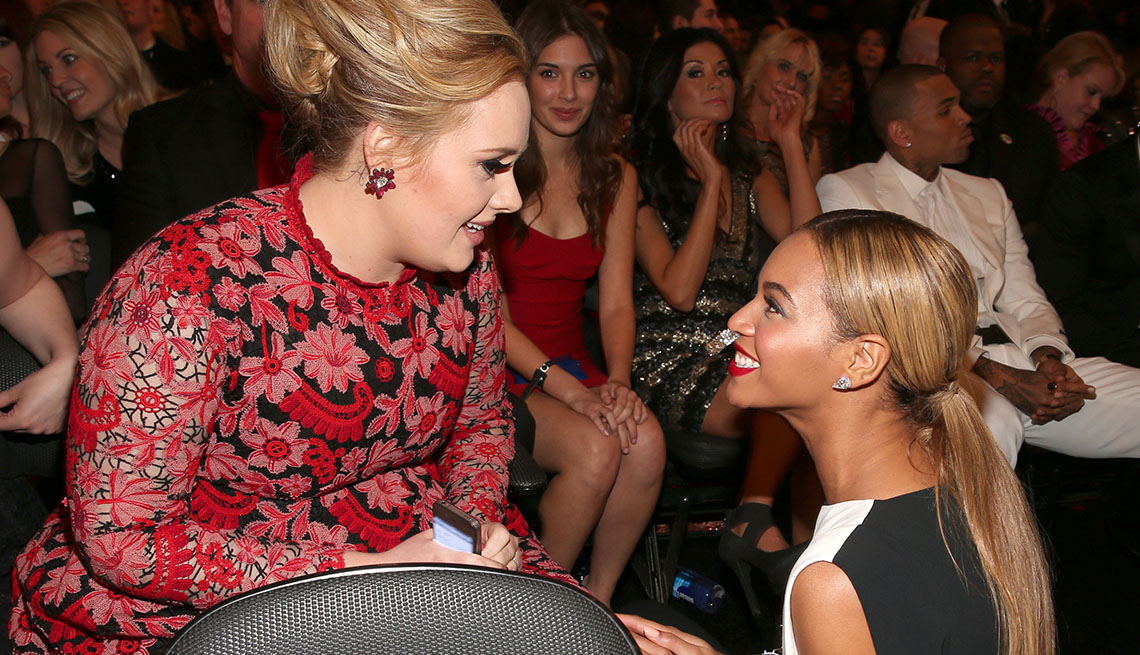 The Fear: Adele has a phobia that few of us can claim to share: a dire fear of other celebs. The prospect of meeting Beyoncé, for example, gave Adele, in her words, “a full-blown anxiety attack.” After their first tête-à-tête—a thoroughly chummy affair—she found herself on a balcony, crying hysterically.

The Resolution: Diva reinvention to the rescue! Inspired by Beyoncé’s relentlessly-promoted alter ego, Sasha Fierce, she decided to create her own imaginary self: Sasha Carter—a melding of Fierce and June Carter, the famously gutsy country star. Now when Adele faces confidence-testing situations (like encounters with people as famous as she is) it’s bold Sasha Carter who steps in.

If these celebrities can succeed in overcoming fear with the added pressure of public perception, there’s nothing stopping you from being able to face your fears head on.