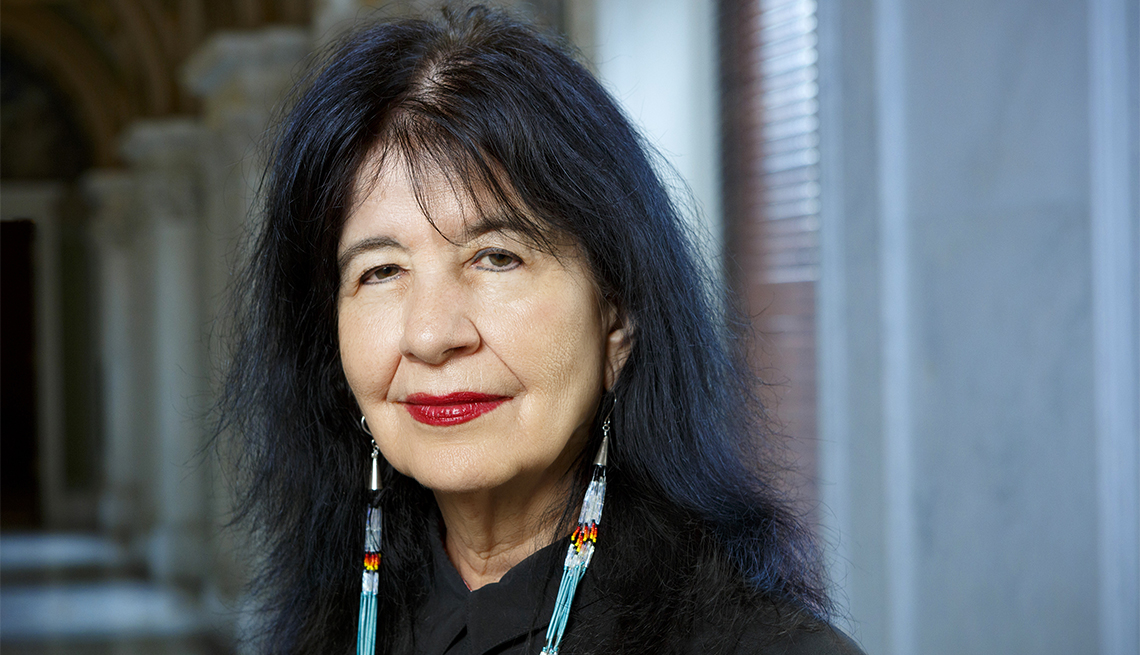 En español | Joy Harjo did not plan on becoming a poet; a visual artist, she began creating poems as a new way to express herself after becoming active in the Native rights movement in the 1970s. “I started writing out of the need to,” says Harjo, 68, who this week begins her term as the 23rd poet laureate of the United States. “Poetry became its own thing."

Her appointment is the latest distinction in a career that spans four decades, eight poetry collections and numerous literary honors. It's also historic: A member of the Muscogee Creek Nation, Harjo is the first Native American to serve in the role.

"It makes a statement that there are indigenous people in this country,” she says, “and some of us are poets — actually, there are many Native poets.”

Harjo lives in Tulsa, Oklahoma, where she was born, and is a Tulsa Artist Fellow. She will begin her term as poet laureate Wednesday with a reading at the Library of Congress, which established the position in 1936 as a way to promote poetry appreciation nationwide.

Instead of an official set of duties, poets laureate are free to use their year-long term on projects of their choosing. Harjo says her focus will be on acknowledging the diversity of voices, especially those of indigenous and immigrant writers, in American poetry.

"As a poet, you're in service to truth-telling,” she says. “One concern is: How do we speak across lines of separation? How do we speak to each other? Poetry, I believe, is one of the best ways."

In addition to her accomplishments as a poet, Harjo is also an award-winning musician (she learned the saxophone in her late 30s) and the author of the 2012 memoir Crazy Brave, which won an American Book Award. Her most recent poetry collection, An American Sunrise, was published in August.

"To her, poems are ‘carriers of dreams, knowledge and wisdom,’ and through them she tells an American story of tradition and loss, reckoning and myth-making,” said Librarian of Congress Carla Hayden in a statement announcing Harjo's appointment.

Those themes are at the heart of An American Sunrise, in which Harjo writes about the forced relocation of the Muscogee people from their homelands east of the Mississippi River to what is now Oklahoma as a result of the 1830 Indian Removal Act.

Drawing on personal and tribal history, Harjo captures both the profound injustice of forced relocation, whose effects persist into the present day, and the resilience that comes from engaging with one's history.

In “A Refuge in the Smallest of Places,” she writes about poetry's ability to express what might otherwise go unremembered, concluding: “Now I am here in the timeless room of lost poetry/ Gathering up the destroyed and forgotten."

Now in the fifth decade of her career, she says her own craft is continuously evolving, even as her motivation remains constant.

"I have not let age define me,” she says. “At this point, I'm 68 and I've continued to write and learn and add different elements and skills to what I'm doing. The point of view is quite amazing, to be at this age — and still, the spirit has no age.”