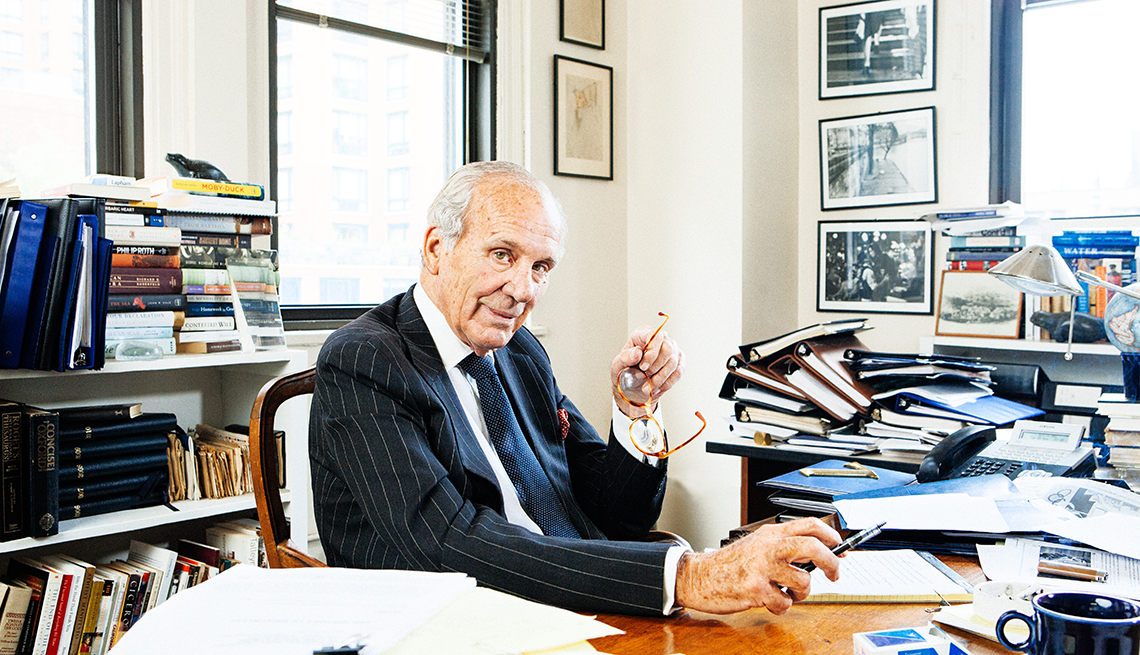 Lapham started his own magazine, Lapham’s Quarterly, at age 72.

The questions I get asked about writing a book tend to come from would-be authors across the river and into the trees on the far side of age 60, wondering how to tell the story they’ve brought with them out of the wilderness of their experience.

Best way to begin is with notebook or diary. Blindfold the computer; send the phone for a walk in the park. Alone with pen or pencil on paper, try to find words for something that in the previous 48 hours prompted your notice.

It doesn’t matter who, where or what — animal, mineral or vegetable; terrestrial or extraterrestrial. A chicken crossing a road, a woman stepping out of a car, a dog tugging at its leash, Beethoven’s “Ninth Symphony,” the scent of an orange, a sudden feeling of dread in the presence of a 2-year-old child.

The object is to show, not tell, to recall the detail at the heart of the matter — the turn of the woman’s head, the torn hem of her dress. The breed, size or sound of the dog, the strain on its leash. Does the chicken scurry or strut? Was the child looking at, through or around you?

Go easy on the adjectives; handle adverbs with caution. To describe the woman as fabulous is to say she is nowhere to be seen. To say that Beethoven’s music moves beautifully doesn’t distinguish it from a stock market swindle or a skirt.

Practice telltale observations like scales on a piano and they’re likely to show cause for further investigation. One thought moving on to another opens the vault of your memory. Follow the pictures on exhibition as far as they go — the chicken to your dead grandmother’s barn in Ohio, the scent of the orange to a towering tree in Spain. Sometimes the words come quickly, six pages in as many minutes; at other times, slowly, no more than three sentences an hour. Slow is usually better than fast, a sign you’re taking the trouble to know what the words mean, why they go together this way, not that. Why also the keeping of a diary is best done without the computer. The shaping of words on paper brings them to life in the sound of a voice.

Writing a book is learning to think and see for yourself, with the eye of the mind instead of through the lens of a platitude. Borrow the method of the 16th-century French essayist Michel de Montaigne, who asked himself at the outset of his reactions, “What do I know?” The answer is not much of anything, unless or until you can put a thought into words, set it up in a phrase or a paragraph, maybe fish it into the net of a metaphor.

If you can stay with the exercise, two hours a day for six months, you’re an odds-on favorite to learn the lesson from which all others flow: that when the mind is being put to creative use, the sense and sensation of freedom is off the charts. The writing doesn’t get easier, but the work becomes play.

Lewis H. Lapham, 84, is an editor emeritus of Harper’s Magazine and the founder of Lapham’s Quarterly, which last year marked its 10th anniversary.