How to Embrace the Stages of Aging

'Elderhood' author says old age can be the happiest years 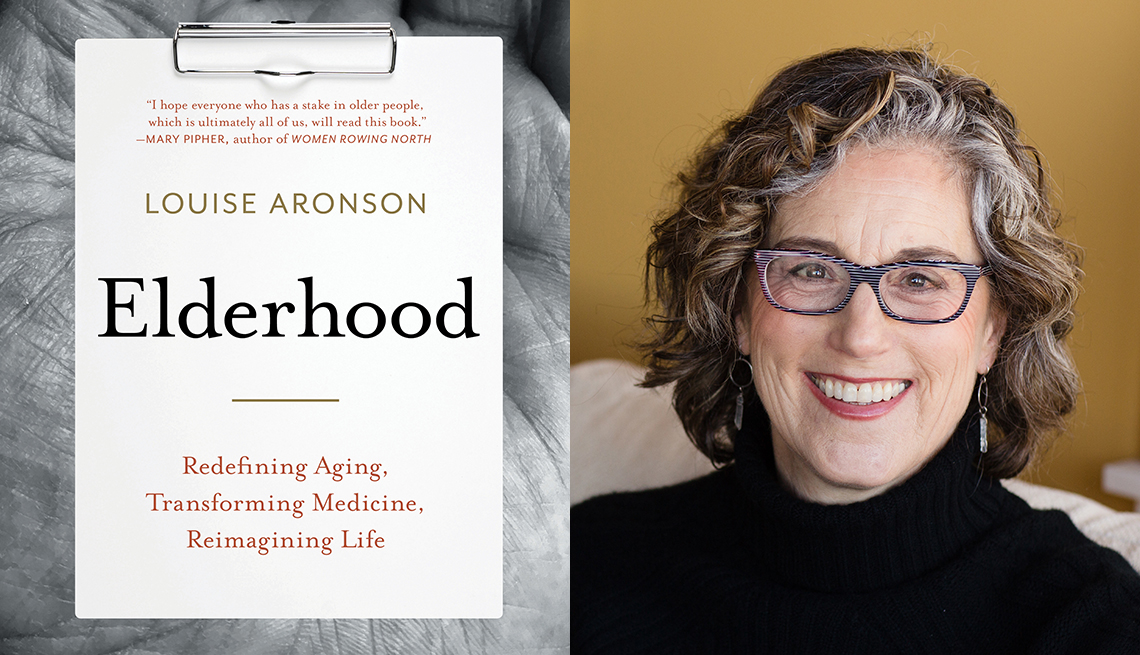 Author Louise Aronson says she sees many examples of ageism in her role as a geriatrician in San Francisco, and throughout our culture. “You'd never say what people routinely say about old people about another class of people,” she says.

So, Aronson wrote Elderhood: Redefining Aging, Transforming Medicine, Reimagining Life, an insightful work about what she has learned treating older patients and, in her opinion, the folly of American culture's tendency to “talk about the bads of old age and not the goods,” she says.

"People look at geriatrics and old age as the thing that happens before you die,” she adds. “No. It lasts decades and has all these stages and substages and most of them are quite wonderful for most people. A big message of the book is that so much of what's horrible about old age isn't about aging nearly as much as it is about our dysfunctional approach to it.”

A big message of the book is that so much of what's horrible about old age isn't about aging nearly as much as it is about our dysfunctional approach to it.”

In a 2016 interview about his memoir, Bruce Springsteen, age sixty-six, was asked by fifty-six-year-old New Yorker editor David Remnick, “Why now?"

Springsteen let out a long breath, making an “oof” sound, and chuckled. “I wanted to do it before I forgot everything, you know."

"So it's getting a little edgy with some of that,” Springsteen added, “so I thought now was the time."

When that interview took place, Springsteen was coming off a sold-out tour, playing exceptionally long sets—over three hours of continuous, highly physical singing and cavorting. Night after night, he played in cities around the world. When his book came out a month later, it topped bestseller lists, and Springsteen launched a new tour, or rather two tours: one book, one concert. By virtue of either his age or stamina, a case could be made for Springsteen as still decidedly middle-aged, but the artist himself clearly felt that whatever old was had begun for him, and he saw, or thought he could see, where it was headed. Somehow neither he nor the New Yorker editor, ten years his junior, recognized the irony of positioning Springsteen partway down a nefarious spiral when the career details they were discussing suggested not just a new high point but a remarkable addition to his artistic skill set. After decades of renown as a musician, he was now also recognized as a talented writer, a fact that introduced new options and opportunities for his future.

A writer doesn't have to jump up and down or dance along a stage and into an adoring crowd. Then again, not all musicians do that either. Springsteen could sit at a piano, or on a chair cradling his guitar, or with just a microphone and a small spotlight, the audience's entire focus on his face, words, song. That would not be a traditional Springsteen concert, but would it be worse, or just different? Would it tarnish his legacy and shrink his audience, or expand it, showing range and adaptability? He's had ballad albums before (Tunnel of Love). The point is Springsteen has options, as many people do, though his are significantly different from most people's. A different sort of concert, perhaps playing a modified or different sort of music, is just one of Springsteen's options. He also could sit at home with a mouse and keyboard, or a pen and paper, or a voice recorder, or an assistant taking dictation, and he could write. Such transitions are often framed as devolution, but that's only the case if the frame is constructed from static expectations. Build it instead with an understanding of the human life cycle, and it looks more like evolution: a gradual process in which something develops into a different form.

If not quite three score and ten, Springsteen was certainly within the long-accepted territory of “old.” For two thousand to three thousand years, from the time of Socrates and the Athenian Empire in the west, and much earlier in the Middle East and Asia, old age has been defined as beginning around age sixty or seventy. In the United States, sixty-five became the federal demarcation line between middle and old age with the launch of the Social Security program in 1935. The group that developed the program, the President's Committee on Economic Security, chose sixty-five partly because it was consistent with data on prevailing retirement ages at the time and partly because it was the age already selected by half the existing state pension systems (the other half used seventy). Although retirement norms, longevity, and actuarial outcomes have changed since the 1930s, sixty-five has endured in many minds as either a strict divide or a marker of having entered the transition zone headed toward old.

For most people, early, middle, and advanced old age are significantly different. In our current conceptualization of old, physical degradations and lost options are its sine qua non. That's why, until those things become overwhelming, many people don't think of themselves as old, even when most younger people would swiftly and definitively put them in that category. When people arrive at the stereotypical version of old, they sometimes no longer feel like themselves, although for most of us the transition to old happens gradually over decades beginning at age twenty. The changes are both positive and negative, though we tend to focus on the latter. Those losses and diminutions are imperceptible at first, then easy to disregard, then possible to work around, and, finally, blatant.

Springsteen signaled that he was aware of the negative changes in his own mind and body. Once you reach a certain age, it's hard not to ask: Will my mind go first, or my body? Will they both go, or will I get lucky? When will it happen and how quickly?

At the age of apparent aging, the once distant land called “old” no longer seems foreign or exotic to me. Daily, my joints offer protests. Sometimes one has a solo; more often there's a noisy blur of voices, the new background music accompanying my every movement. I regularly switch among my three pairs of multifocal glasses, each with a different function. I have a faulty gene, a history of cancer, and seven visible surgical scars, and am now missing several nonessential body parts. These days, when something goes wrong in my body, I don't just consider how it might be fixed; I worry that fixing it won't be possible and that my new debility will not only endure but beget a cascade of injuries and additional disabilities. In my head, I hear the childhood song about how the foot bone's connected to the leg bone, the leg bone's connected to the hip bone, and so on. Although it's not yet clear how it will go down, I can now imagine me = old, even if I still sometimes register my relentless progress toward citizenship in that vast territory with surprise.

Those physical changes are real but tell only part of the story. For me, the rest of the saga goes something like this: though I have yet to take up permanent residency in old age, I have acquired an intimate familiarity with its culture and customs, and I'm looking forward to it. I imagine its early years, and if I'm lucky, decades, much like the best parts of midlife: the solid sense of who I am and how I want to spend my time, the decreased volume of the sorts of ambitions easily confused with the hollow vanity of social recognition, the greater time and energy for generosity and attention to others, the confidence to stick to my convictions, the exciting new goals and profound sense of life satisfaction. Similar sentiments are found with aging the world over.

For too long it's been elderhood's best kept secret that similar sentiments are found with aging the world over. Now, finally, we're beginning to tell all the stories of old age.