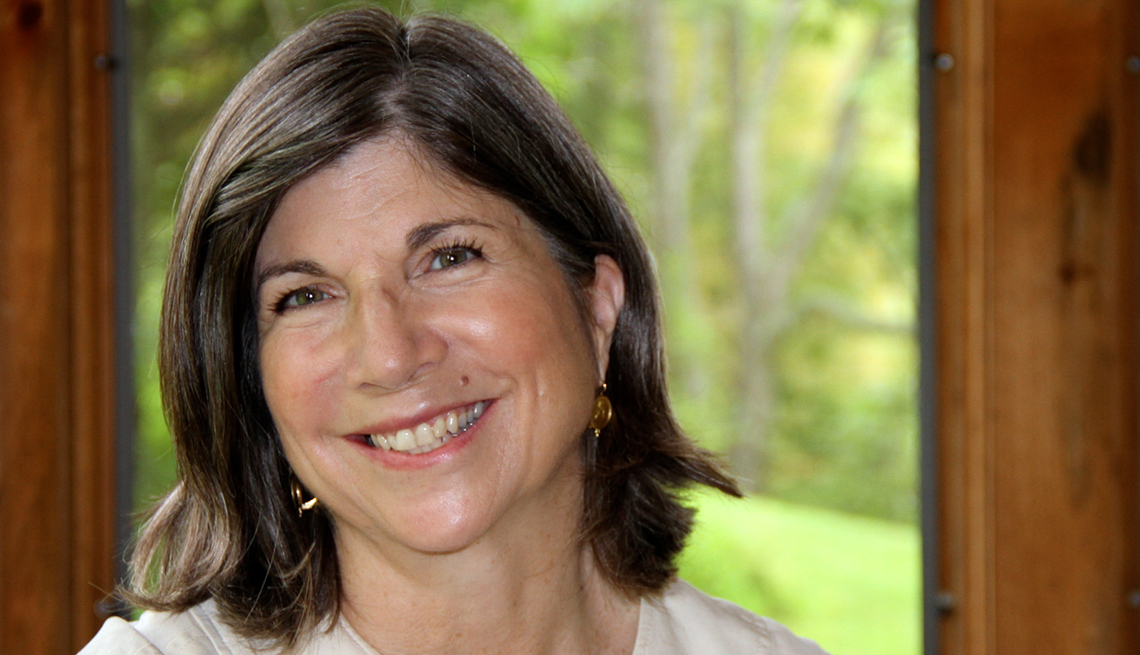 Anna Quindlen was the voice of a generation of working moms 30 years ago, a wise and witty New York Times (later Newsweek) columnist who'd go on to write about middle age in books of essays and novels. Now she's a grandmother — a nana — with a new book, Nanaville: Adventures in Grandparenting.

Quindlen, 65, writes about her feelings of wonder — and sometimes a bit of role confusion — as she embraces her evolving relationship with her toddler grandson, Arthur. It's not always easy to figure out how she fits into this new family structure, she admits. During one “light bulb” moment, as she puts it, she told a friend about how Arthur's parents were ignoring her opinion, and her friend said, “Did they ask you?”

Quindlen says, “If I got tattoos, those words would now be on my forearm. If the parents ask, great. If not, hold your tongue."

In the book, her daughter-in-law, Lynn, is pregnant with her second child. Since then, Quindlen reports, her granddaugter, Ivy, was born — and nana is smitten, again: “She has wild black hair and enormous cheeks. I call her The Nugget.”

This Is How it Begins, Again

We searched for the signs. We tried to keep our counsel. Our daughter-in-law passed on wine with dinner. She didn't have coffee in the morning.

In the car to the country she turned, her father-in-law noted, undeniably green.

"Lynn's pregnant,” our son said on a video call with his sister, as his son sat in his high chair and everyone gathered around the table.

Arthur looked terribly concerned as his aunt started to cry. “Gugu is happy, honey,” I said. “Really, she's so happy.”

And so it begins again. Or maybe it began months ago, when they looked at one another and thought, it's time, or even a year ago, when they watched their son try to climb the ladder to the slide and thought, it would be good for him to have a brother or sister to play with. Come to think of it, it probably began for our son many many years ago. His brother and his sister have been a pivotal part of his life forever; because he and his brother are so close in age, he has no memory of a time when he was the only child. His wife knows that. And despite a lifetime as an only child, her newly minted siblings are an important part of her life, as well.

They will be different this time. They don't know that yet, but I do. It turns out your heart is a balloon: it expands effortlessly. Your hands, not so much. It ought to be that two is one plus one, but two children is actually one plus one plus a hundred, or a thousand, or something, depending on the day. With the first one you nurse a baby, the silence deep and sweet, the smell of new hair and skin perfuming the air. With the second you nurse a baby while the elder child takes mustard from the fridge and paints the tile floor with it.

That actually once happened. And our elder child was on the easy end of the toddler number line. Still. The rest of the year after our second child arrived is a complete blur to me in many ways. I wanted to have a third child right away — what can I say, my hormones were raging — and my husband said evenly, “You've been in a bad mood for six months. Maybe we should wait a little while.” Which, while maddening — like I said, hormones — happened to be accurate. The space between the second and third was somewhat larger than the space between the first and second. “Three?” people said. Three. It was all pretty wild, going from a man-to-man to a zone defense.

I wouldn't change a thing. About any of it.

I will be different this time, too. When I first tried my hand at stand-up paddleboarding, one of the women I was with pulled up next to me and began to fill me in on what I needed to change as I paddled, how my arms were at the wrong angle, how far I needed to push into the water, and precisely how to sweep back. I stared straight ahead and, without looking at her, I said between gritted teeth, “All I can do right now is try to stand up on this thing.”

It's such an apt metaphor for almost everything I've ever done in my life. I know how to use my paddle now, how to use it to move swiftly through the water, how to turn my board. But the beginning of everything is just trying to nail the most primitive part, to tame the lizard brain that says you can't, don't try, you'll fall.

In the beginning of my life in Nanaville, I was just trying to stay standing. I made up so much of the mothering thing as I went, and even more of the grandmothering thing. If it's not clear enough here, mistakes were made. But they were made out of haste and ignorance, lack of thought but never lack of love. 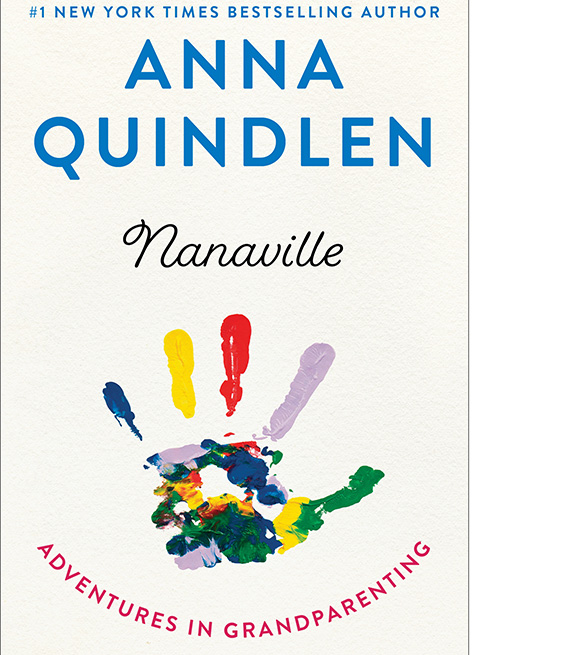 I remember setting up a nursery for Arthur at our house for grandchild visits. I was so proud of how pretty it looked. The patterned crib sheets, the harmonizing bumpers with those little bows to tie them to the crib slats, a velvety quilt, a pillow Nana had needlepointed of the three bears, a fluffy stuffed lamb: the whole deal was shelter magazine, if I do say so myself.

Out went the bumpers, the quilt, the pillow, and the stuffed animal, because the current thinking is that for infants to sleep safely there should be nothing in the crib but ... nothing. Well, the sheet stayed. The pillow went on the rocking chair. I had the obligatory moment of thinking, but not saying, that it looked so bare and sad.

But I realized that the only thing in the crib that mattered at all was the baby.

No bumpers for the second. I'm broken in now. That's the job of the first, to teach you the ropes. That's the trade-off: they get the kind of attention and focus that only a single child gets, that gathering of adults that can't help but look like an audience. And in return they must become unwitting tutors: the baby who teaches you how to put on a onesie without bending him like a Gumby doll, the toddler who teaches you how to ignore opposition instead of engaging with it:

But you love chicken!

You're going to have a bath whether you want it or not!

Don't you dare get out of that crib!

This child will be different, too, an entirely distinct person. To begin with, she will be female. We had no idea of the sex of our own children until we met them in the birthing room, but because of the many diagnostic tests now available, this generation usually knows what is coming, at least in this regard. When she found out, our daughter-in-law immediately began to worry about how she could make certain she wasn't gifted a lot of pink. Lynn is not a pink person. Neither am I. But her daughter may be. This is what we learn, that we imagine them and then they are different than our imaginings. I keep realizing that how I imagined Arthur didn't come close to the thrill of the reality.

I suppose the gender difference will help at least a little bit with our natural inclination to think of the second child as a sequel, when in fact the second child is a completely unique story. I will try to help make sure that number two never feels like number two, and the same with three or four if and when they arrive. But I will also try to make sure that number one never feels supplanted. Pop and Nana, eldest children both, clearly remember being pushed down the greasy pole of attention and up the steep stairs of responsibility. That will be a new part of our job, making sure Arthur understands that nothing has changed. Which, of course, isn't true. Everything changes, including Nanaville.