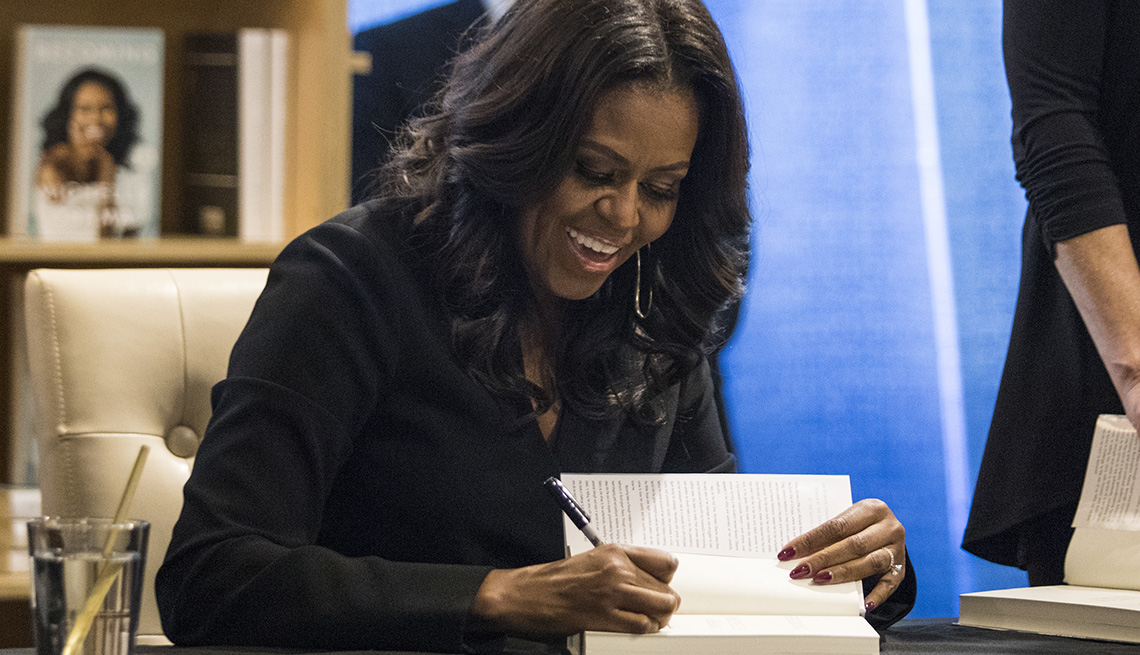 Michelle Obama signs copies of her new book "Becoming" and greets fans as she kicks off a national book tour.

Michelle Obama's Becoming is poised to become a huge hit. The memoir, out Tuesday, already has topped the presale charts at Amazon and arrives on a tidal wave of publicity, including an arena book tour with four-figure ticket prices and guest appearances by such A-list Obama friends as Oprah Winfrey.

If early reviews are any indication, the red-carpet rollout is well deserved. According to the Washington Post, the memoir will leave even longtime fans and followers with a “fresh understanding” of the former first lady’s experiences and outlook.

Becoming recounts Obama’s life story in three parts, starting with her upbringing in Chicago (where the 10-city book tour kicks off) before moving to her romance with husband Barack Obama and ending with the couple’s eight years in the White House.

The book, which will be published in translation in 28 languages, is the latest in a long line of popular first lady memoirs. Lady Bird Johnson’s 1970 memoir, A White House Diary, spent 13 weeks on the New York Times best-seller list. Hers was also the first to receive the modern publicity treatment, including a book tour and radio and television appearances. In fact, with the exception of Pat Nixon, every first lady since Johnson has published a memoir of her own.

"These books let us see the personal side of the presidency,” says author Carl Anthony, an expert in first lady history. Readers, he says, not only get to learn more about the first ladies themselves, but also get an inside look at the ethos and values of the president and first family. 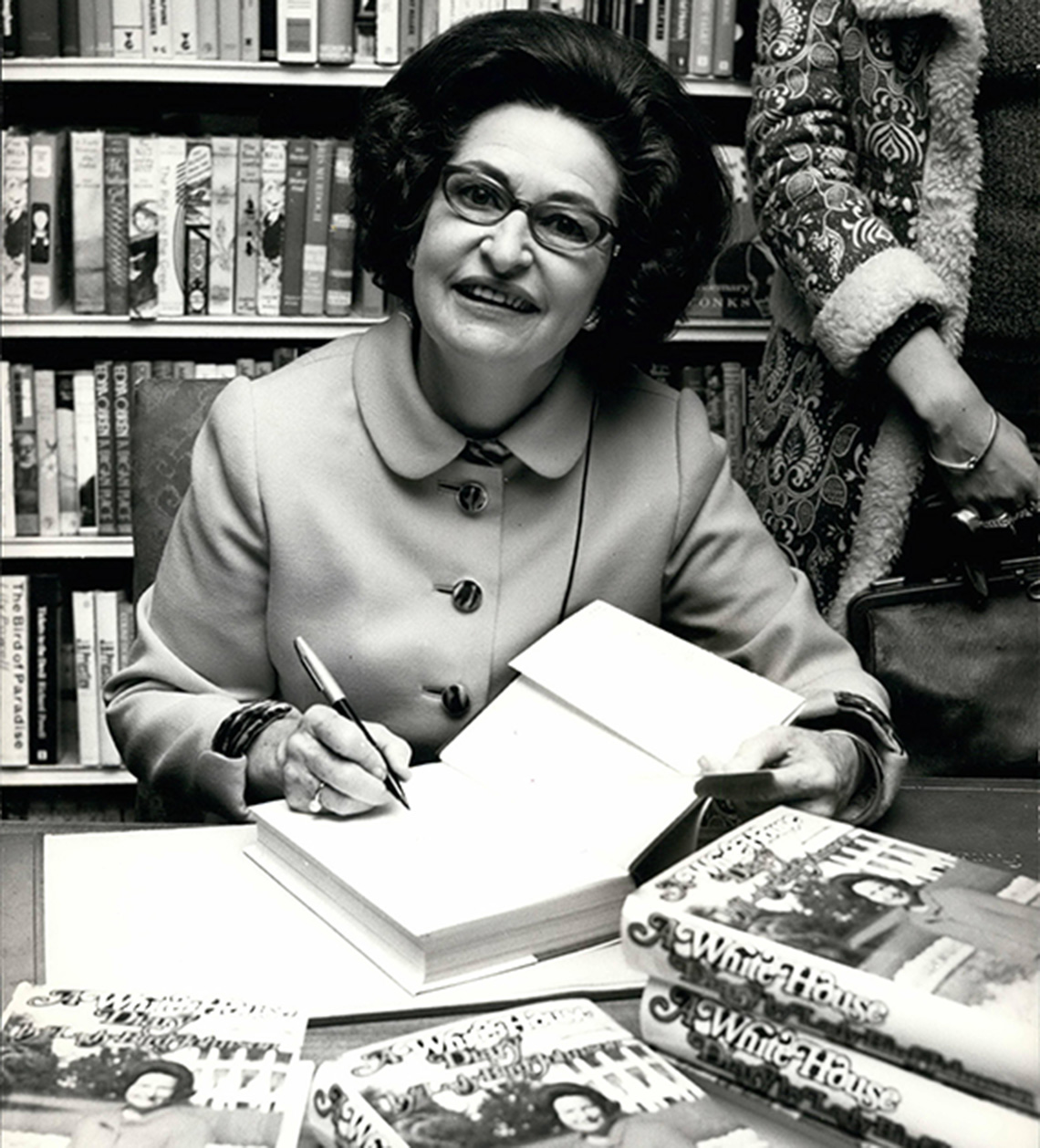 Lady Bird Johnson signs copies of ''A White House Diary'' at a London bookstore in 1970.

According to Anthony, public interest in the lives of the first ladies goes all the way back to Martha Washington, whose American-made clothes were a topic of discussion among reporters in the 18th century. First lady–related publications would soon follow. Abigail Adams’ grandson, for instance, published a selection of her letters following her death in 1818.

It was Helen “Nellie” Taft, however, who was the first to write and publish a memoir in her lifetime. Her volume, Recollections of Full Years, appeared in 1914. According to Anthony, it’s clear which part of her life Taft enjoyed the most — and it wasn’t her years in the White House. That candor would become a hallmark of the genre, but the specific approach, Anthony says, depends on the first lady in question.

Some memoirs, like Lady Bird Johnson's, dwell on the domestic. Others are outwardly political. A book released while the president and first lady are still in office or during an election year, like Michelle Obama's 2012 book, American Grown, will probably steer clear of controversial topics. But the majority of the books are published after the first lady leaves the White House, and they can be a chance to set the record straight, as Nancy Reagan did in My Turn, published in 1989, or Hillary Clinton did in Living History, published in 2003.

Sometimes a first lady's memoir outsells her husband's. Betty Ford's 1978 memoir The Times of My Life, for example, got more publisher interest and sold more copies than President Gerald Ford's memoir, A Time to Heal, which came out the following year. (Prior to the publication of her book, Mrs. Ford gave her husband a T-shirt that read “I bet my book outsells yours” for his birthday.) Betty Ford's memoir, Anthony says, is notable for another reason: She used the book to candidly discuss her struggle with drug and alcohol dependencies. 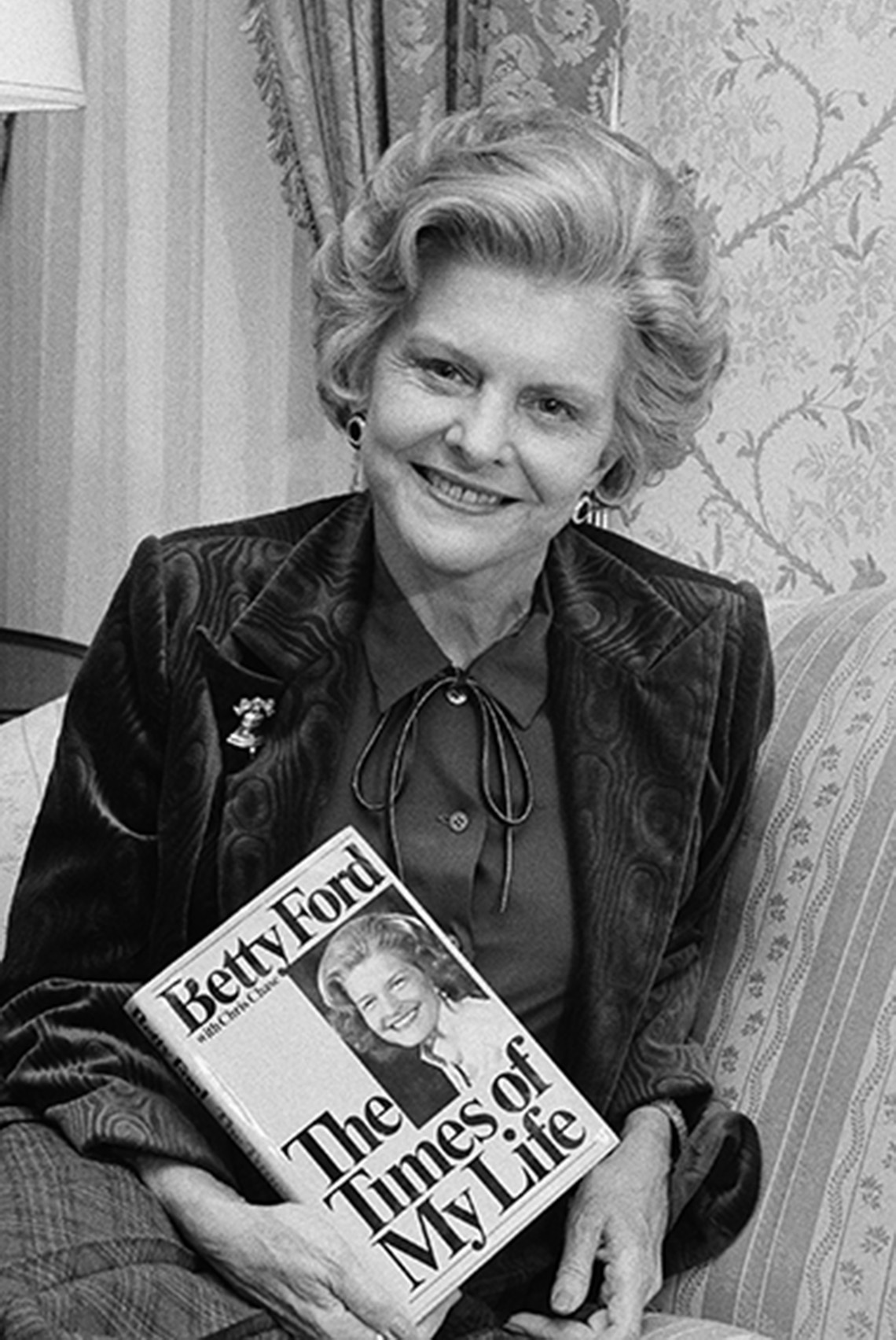 Betty Ford used her 1978 book, "The Times of My Life," to discuss her struggles with drugs and alcohol.

According to early reviews, Michelle Obama is similarly forthright about her struggles with infertility, revealing that she suffered a miscarriage before the birth of her daughters and later turned to in vitro fertilization. She also includes a frank discussion of the challenges she faced as a working mother and then as the country’s first African American first lady.

All of this, Anthony says, fits with the approach Mrs. Obama took in the White House: that in sharing experiences and challenges from her own life, she would be able to uplift others.