En español | It’s almost impossible not to compare Héctor Tobar’s second novel, The Barbarian Nurseries, coming out September 27, to The Help, Kathryn Stockett’s best-seller that was made into one of the summer’s most popular movies. 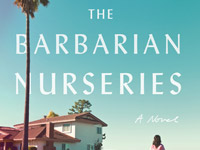 The two books take place in different centuries, are set on opposite sides of the country and focus on different demographics, but both keenly depict the discrimination that underrepresented groups have faced throughout the nation’s history.

“There’s always been in American history these people who live among us who don’t have rights and who are outsiders,” says Tobar. “In a certain sense they are not full citizens. These are inbred, almost caste-like inequalities. I wanted to tap into that as an American trope.”

The Help, set in Mississippi during the onset of the civil rights movement, features two African American maids and the white Southern women they work for. The Barbarian Nurseries is a modern-day story about a Latina working for an affluent Southern California family.

The title is a play on various images and ideas that course through the book, including the notion that Mexico and other Latin American countries are places of barbarism and that the Hispanic immigrants caring for many American households — as gardeners, nannies, cooks or maids — are uncivilized. Tobar deftly exposes the absurdity of this misconception through the character of Araceli Ramirez, a former art student who came to the United States illegally and works as a live-in maid for Maureen Thompson and Scott Torres, who have two boys and a baby girl.

When the book begins, Scott and Maureen, reeling from the most recent economic downturn, have just fired the gardener and the nanny, two of three Mexican immigrants who helped them care for the house, the yard and the kids. Araceli, hired to cook and clean, is the only help left.

Nothing is ever said, but little by little the children are increasingly left in her care until one day a heated argument between Maureen and Scott prompts them to leave the house and go their separate ways, Maureen with baby in tow. Through a series of miscommunications and their own reckless decision making, the parents inadvertently abandon Araceli and the boys.

Mystified by the parents’ absence and unsure what to do, Araceli decides to take the boys to their grandfather’s house in South-Central Los Angeles. Scott and Maureen return to an empty house. The parents report the children missing, Araceli becomes a suspected kidnapper, and a media circus ensues, ultimately thrusting Araceli, Maureen and Scott into the crosscurrents of the nation’s immigration debate.

“[T]he norteamericanos,” the book says, “were at war with themselves over whether they should throw her in jail or allow her to live free.”

The cast of characters represents the entire spectrum of the debate: media pundits, an overzealous assistant district attorney, an anti-immigrant activist representing a group called One California and a pro-immigrant blogger. The media circus results in an “uptick in the volume of phone calls in the greater Southern California region, as mothers in cubicles, mothers leaving yoga sessions, mothers leaving staff meetings” called home “just to check, just to listen to the accented voices of their hired help, to see if they might hear an intonation suggesting deception, the verbal slip of the schemer.” Thus Tobar demonstrates how much of the immigration controversy is based on assumptions and preconceived notions, and how very little of it has anything to do with who the individuals really are.

Araceli, says Tobar, the son of Guatemalan immigrants, is his alter ego. “She is an intellectual who is trapped in the body of someone who doesn’t look like an intellectual to most people,” he says. “People are sometimes surprised to learn that I’m a writer because in Los Angeles, people of Guatemalan origin perform service jobs.”

In fact, he’s a Pulitzer Prize–winning reporter who writes a column for the Los Angeles Times and is the author of a previous novel, The Tattooed Soldier, which was a finalist for the PEN USA West Award for Fiction, and a nonfiction book, Translation Nation. “I wanted to take the whole notion of the domestic servant and immigrant as a passive and uneducated person,” he says, “and I wanted to blow it up and subvert it."