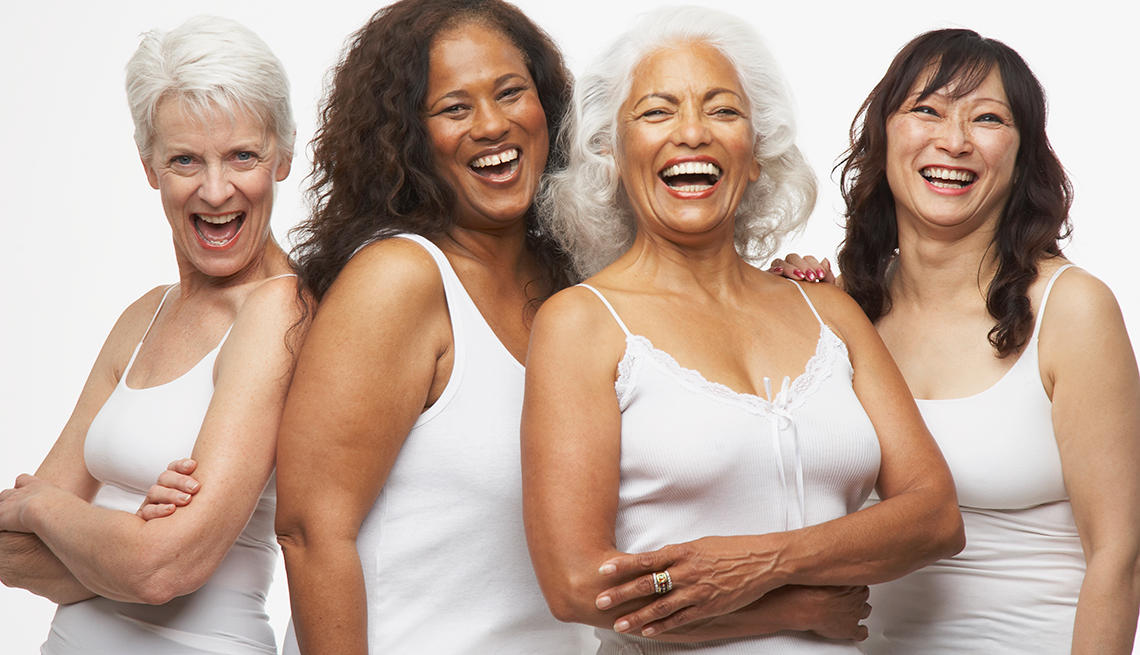 We are different, so naturally, we age differently. —Getty Images

My friend was 36 when she was telling people she was 34. Yes, we’re in Hollywood, but she’s tucked safely behind the camera as a screenwriter. I asked her why she shaved two years, instead of, say, five or six, to put her sub-30. “Because that’s the biggest amount I think I can believably get away with,” she said. Then she added: “I don’t have your kind of time! I’m white with blond hair and fair skin!”

She was referring to my being Asian. She’s not wrong — I’m often mistaken for being a decade or so younger than I am. We’ve all heard the snappy quips (or is it quippy snaps?): “Black don’t crack.” “Asian don’t raisin.” “Fat don’t crack.” “Brown don’t frown.” If you’re somewhere like L.A. or New York, the average person can measure the passage of time on a face like a forensic scientist. It does seem like Asians age differently, looking younger for longer. As do black people. But is there any truth to that? Or is it just something people say?

"The Methuselah, or “ageless,” gene was found twice as often in black women as in Caucasian women."

IT’S NOT JUST YOU, IT’S SCIENCE

Science does back up these sayings. Darker skin can show age more slowly because it has more melanin (dark pigment that determines sun sensitivity). The more melanin you have, the more protection you have against photoaging, or skin damage from too much exposure to the sun’s rays.

“What we describe as cracking or fine lines, commonly seen in Caucasian skin as it ages, is often caused by sun exposure,” says board-certified dermatologist Dina Strachan, M.D., of Aglow Dermatology in New York.

But just because your racial background is one that gives you the benefit of skin that doesn’t easily wrinkle, doesn’t mean your skin doesn’t age. And those signs can vary from ethnicity to ethnicity as much as from person to person.

“Below the [skin’s] surface, you have your bone structure, muscle and soft tissue,” explains Michael Dobryansky, M.D., of Long Island Plastic Surgical Group. “As we get older there’s bone loss and soft-tissue loss — that’s your raisin. I’ve seen lots of patients who’ve lost weight for many reasons. Youthful bodies may be thin, but youthful faces have fat. The rosy cheeks of a baby are full.”

As a plastic surgeon sees it, there are structural reasons that people age differently. “Asians have a wider bone structure than a typical Caucasian face,” Dobryansky notes. “The soft-tissue loss is seen and felt to a lesser extent because of the wider structure. Think midface — the cheeks from the lower border of the eye — to just above the jawline. That’s where most of the volume of the face is” and where most people inject fillers.

That doesn’t mean Asians don’t show any signs of aging. “Asian skin, if it is more pigmented, is less like likely to ‘raisin,’ but it tends to spot in response to sun damage,” Strachan says. “Black people also may complain of discoloration [dark spots] as a sign of photoaging. I call the dark spot the wrinkle of brown skin. Black skin doesn’t tend to crack or get fine lines, but it may fold.”

But there’s another reason that genetics can determine who can pass for a decade or more younger and who can’t. There are the Methuselah genes, which are associated with longevity and appear in women “who have not undergone cosmetic procedures but still appear to be ‘ageless,’ ” according to the 2015 findings of a Multi-Decade and Ethnicity study at Harvard Medical School. These genes were found twice as often in black women as in Caucasian women. The study is being expanded to Asian and Hispanic women.

When we watched this year’s Emmys, my friends and I marveled at Oprah Winfrey and Viola Davis, wildly guessing at their ages (63 and 52, respectively) and the age range they could be cast for. In fact, Davis has obviously run with the notion, naming her next TV show … you guessed it Black Don’t Crack. It’s about sorority sisters who reconnect when they are decades older. Bet they don’t look it!

Soo Youn is a freelance writer based in New York and Los Angeles.