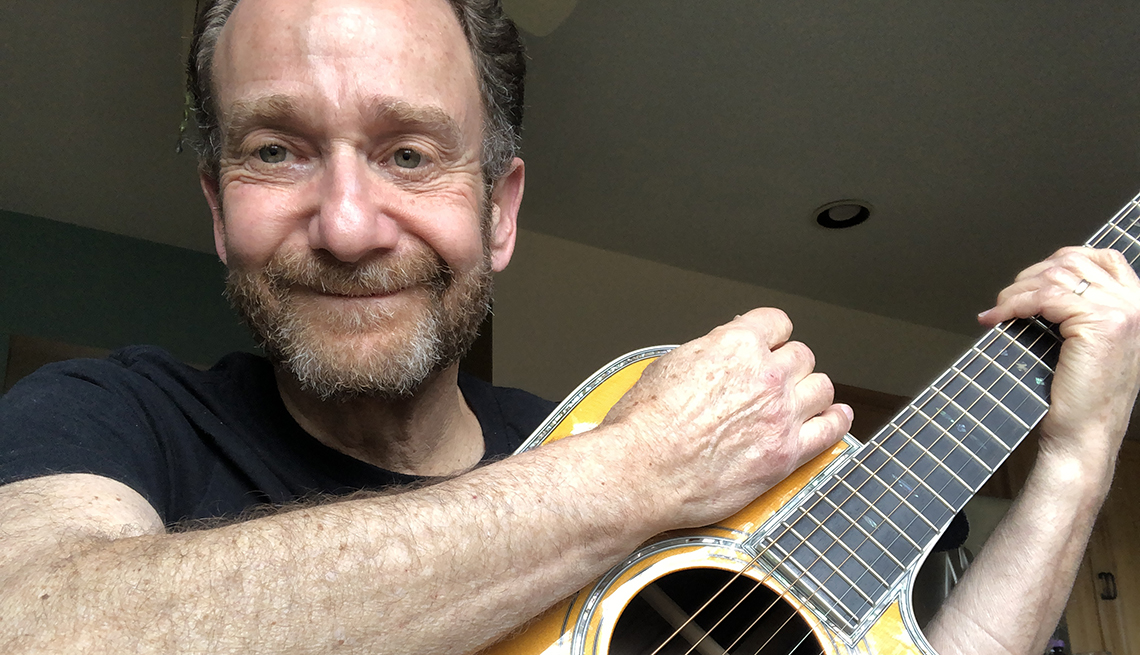 En español | Before COVID-19 took center stage, singer and songwriter Michael Krieger spent his time crisscrossing greater Detroit to play between five and seven gigs a day, mostly in venues that don't get much buzz in the music biz: long-term care facilities and retirement communities.

One of the regular stops throughout his decades-long career has been the memory care floor of Rose Court, part of the upscale Fox Run senior living community in Novi, Michigan. Through a repertoire of standards and special requests, Krieger, 59, connects with the often disconnected and inspires joy. He's a piano- and guitar-playing salve to residents and their families, a bright light during frequently dark times.

Lockdowns brought on by the coronavirus pandemic in mid-March shut down Krieger's daily shows and, at least initially, silenced the music at Rose Court. But thanks to technology and creativity, he's now back at it, appearing via iPads, computers and large-screen TVs, as long-term care facilities have found ways to offer residents virtual visits and performances.

Engaging with residents-turned-friends from behind a screen came with a learning curve. He recalls the blank stares that greeted him at Rose Court when he first began making virtual appearances in April. “I'm feeling a little teary just remembering this because a couple of them aren't with us anymore,” Krieger said. “I just felt like, oh my God, those are my people. I can't touch them. I can't reach them.” With time and repeat virtual visits, the vacant stares turned to smiles.

From the time he was 11, Krieger knew he'd make music for a living. His mother played piano; he sang in choirs and spun the records of his older siblings, finding inspiration in the Beatles and Motown. He dreamed of becoming a pop star. The universe had other plans.

Krieger was playing in a restaurant more than 20 years ago when a woman approached to see if he'd perform at the assisted living facility where she worked as the activity director, the Fleischman Residence in West Bloomfield.

"Everything can change in a moment when you say yes to something,” he said. “It opened up this whole world to me that I had no idea about.” That world grew to include nursing homes, adult day cares, independent living facilities and private clients. He'd gone back to that West Bloomfield assisted living facility every Friday since that first gig — until the pandemic hit.

Once a week, for several years, Krieger has visited a Bloomfield Hills, Michigan home to sing with a husband and wife who both have dementia. The visits are now virtual, but the trio is still belting out old standards like "It Had to Be You."

'It takes our minds off the grief'

On the memory care floor at Rose Court, Margot Gray, 89, is one of Krieger's biggest fans. She moved in two years ago and got involved with a 40-person choir that Krieger leads there, which performs in the Fox Run auditorium to a crowd of 200 each August (2020 excluded). Most sing from their wheelchairs, soaking in the applause.

Now on hospice care, Gray's days of performing are over. But every Wednesday afternoon, Krieger makes the rounds virtually on the floor, offering short personalized concerts via an iPad or computer in a Rose Court employee's hands. He shows up to say hello and sing a few songs for Gray.

He always plays her favorite, “Memory,” from the musical Cats, and then might include “You Are My Sunshine” and standards like “It Had to Be You” or “Let Me Call You Sweetheart.” The visits lift her spirits and comfort her husband of 69 years, Tom, who sits beside her every afternoon. 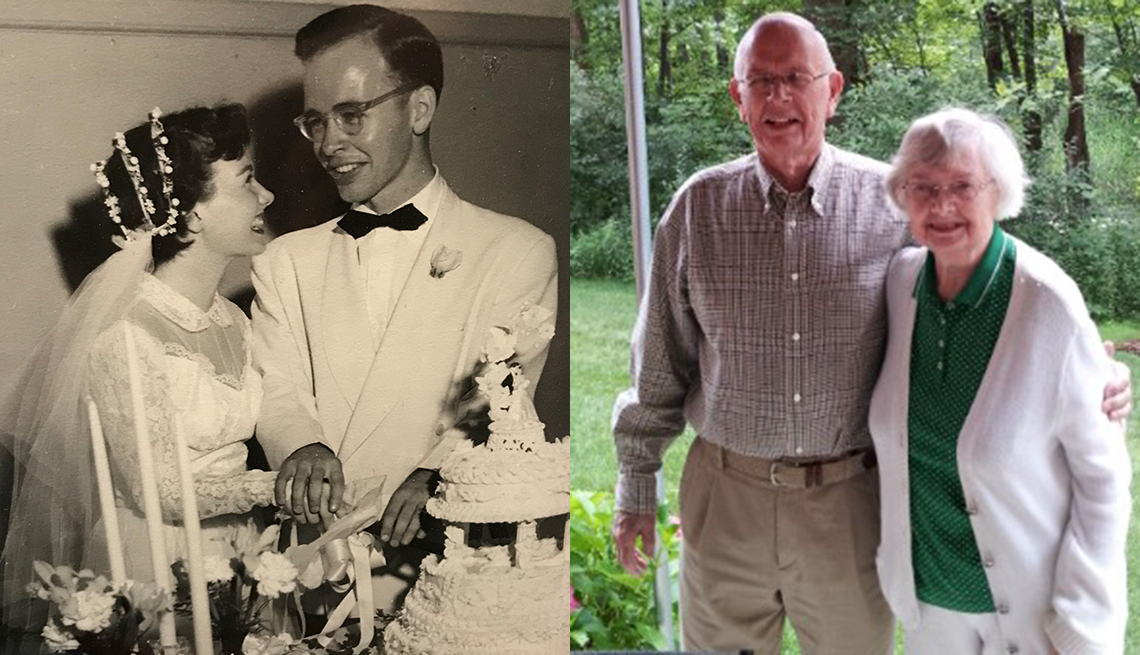 Left: Margot and Tom Gray at their wedding reception in 1951. Right: Tom and Margot on their patio in 2016.

"She could be half asleep, but when Michael comes in the room, she smiles and sometimes even waves to his image on the iPad,” said Tom, 91. “It takes our minds momentarily off the grief that we are experiencing each day and every awake hour. He has a way about him that cheers a person up."

Some assisted living facilities that Krieger frequents have arranged for courtyard and parking lot concerts. He's been hired to serenade a woman beneath her assisted living facility window for her 90th birthday and to play songs by Zoom for a Florida woman's 95th birthday celebration. He's offering up Facebook Live concerts, doing music sessions by Zoom with private clients with dementia and embracing the possibility that he can virtually perform anywhere.

Still, nothing beats an in-person performance in front of groupies, people like those at Rose Court who often greet him with screams: “The music man!” They have grown more accustomed to seeing him behind a screen, but that doesn't stop them from asking, “When are you coming back?”

Krieger has learned they don't need in-depth answers. “I don't know. Soon, I hope,” he might say. Or, “I miss being with you, too."

This article grew out of our effort to collect stories of people with loved ones in nursing homes. Share your story.

Sister Speaking Up For Her Brother

Connecting With Dad Through Virtual Visits

Read all the personal stories in this series >>