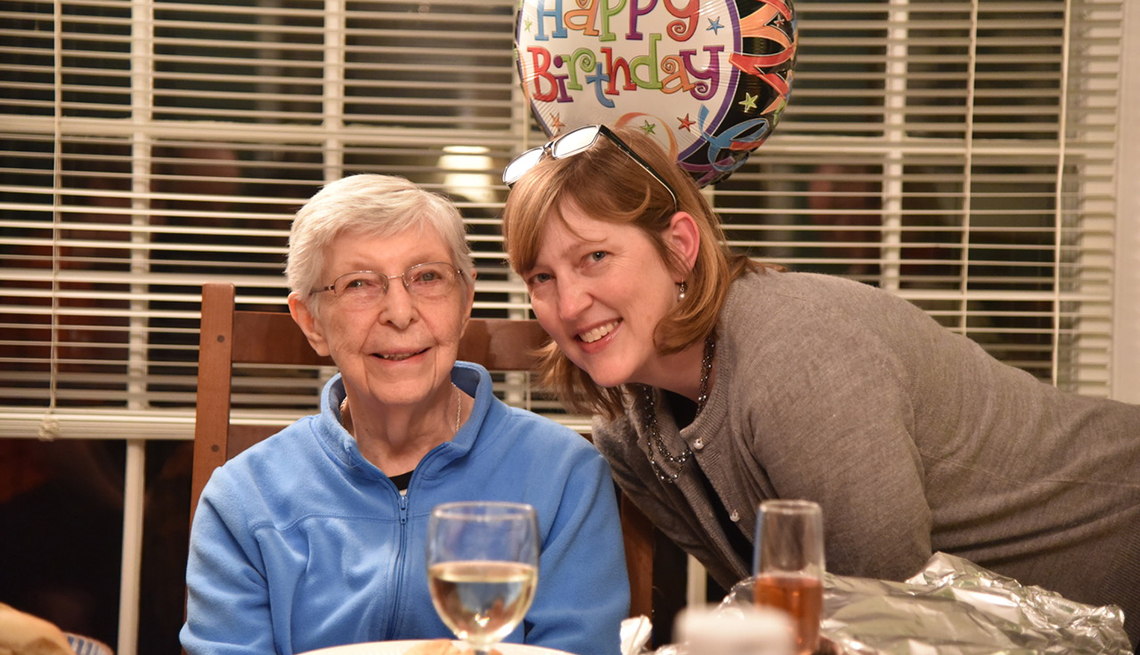 En español | Mildred Hoxie has faced many tests in her 93 years.

Not surprising for a woman who once taught grammar school in a one-room schoolhouse in Jackson, Missouri — a tough task for any teacher. Early each morning, before the first student arrived, she would start the stove and sweep the classroom. At any time she’d have students from four grades in the crampedspace, all of whom she was responsible for educating. She gamely stuck with this profession through several schools (with more than one room) until she married, at age 33.

During the Great Depression, Hoxie’s family lost the farm on which she was raised. When they were forced to move into town, her folks took in laundry, did ironing and even cleaned neighbors’ homes. But, she told her daughter, the greatest test of all was helping her husband of 48 years, Frank, navigate a decade of Alzheimer’s disease before he died, nearly a dozen years ago. Even then, her firm belief was that she had a job to do, so she rolled up her sleeves and did it without complaint.

And now, this. Like many other Americans, Hoxie is being challenged by the coronavirus pandemic, which has forced her into semi-isolation in a small apartment with a sitting room, bedroom and cramped kitchenette, on the second floor of an assisted living facility in Arlington, Virginia. Since the spread of COVID-19 and the sobering reality that it affects older Americans and those with health challenges in alarming numbers, day-to-day activities have ground to a halt at the facility, to protect its vulnerable residents. For Hoxie, there is no more chatting with companions at group meals or gatherings for movies, games or other activities. And with the residence’s decision, on March 19, to ban all nonessential visitors, she’s restricted from seeing her only daughter, who used to stop by every few days with a bag of groceries, a bit of gossip or, at least, a smile.

It’s not just that Hoxie is now legally blind, with congestive heart failure and an irregular heartbeat, along with suffering from the uncomfortable swelling that often goes along with edema.

“It’s pretty lonely when you see no one except, occasionally, the people who work here,” she says in a phone call. “No matter how much TV you watch or whatever, it doesn’t take the place of people.”

Much has been written about the mounting deaths at nursing homes, rehabilitation facilities and hospitals throughout the U.S., but there are many elderly people who are feeling OK physically yet are experiencing the effects of emotional isolation as the lonely days evolve into weeks. 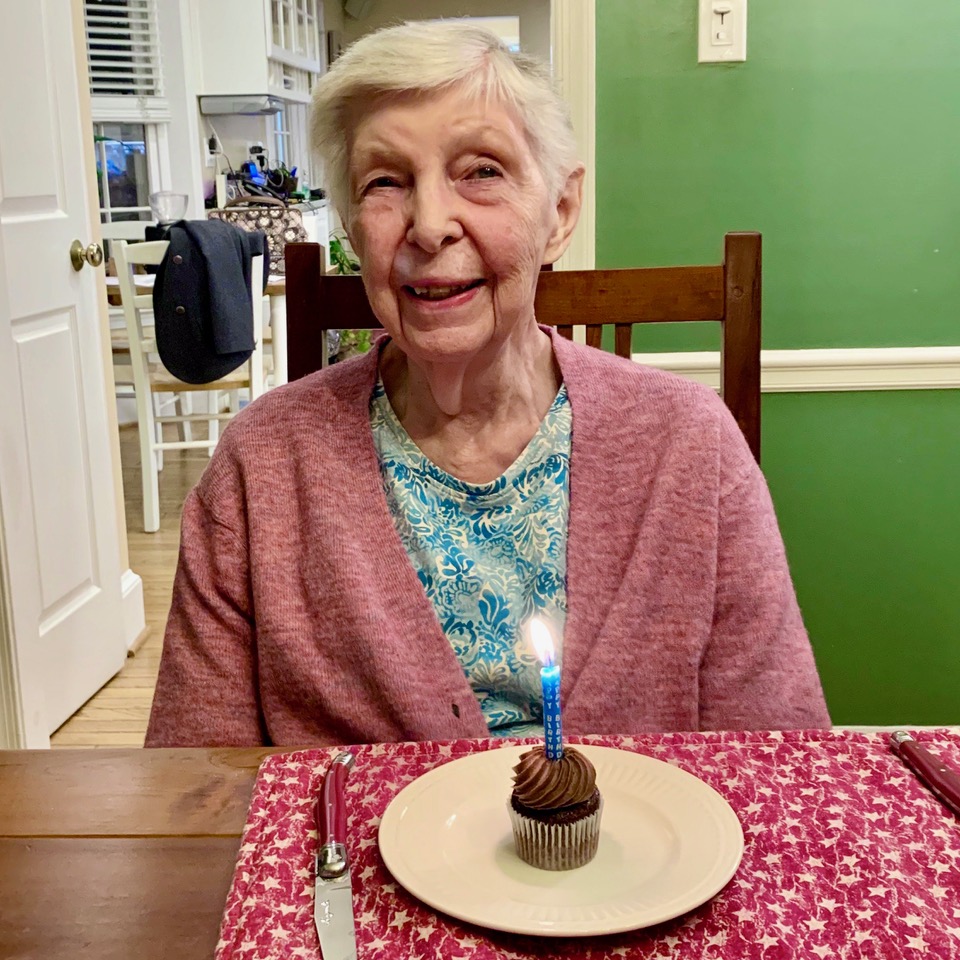 Hoxie’s daughter, Margaret Kaplan, now prohibited from visiting her mother, must share phone updates from the family’s vacation home in Swanton, Maryland, where she’s temporarily staying with her husband. For the sake of her mother’s health, Kaplan is glad that visitors have been banned from her assisted living residence.

“The most difficult thing for me is the unknown,” says Kaplan, a former teacher who lives in McLean, Virginia.  Seven years ago, before her mother’s health began to deteriorate, she moved Hoxie from St. Louis  into Sunrise at Bluemont Park, so that her mom would be closer and able to socialize and dine with peers easily, as well as feel like she’s part of a larger community.  But for Hoxie, that big, supportive community has suddenly dwindled to a lonely circle of one.

From a distance, being a doting daughter has become far more challenging — if not confusing — for Kaplan, who is accustomed to seeing her mom frequently. As a regular visitor, she got to know all of the facility’s staff and could quietly act as a hands-on advocate for her Hoxie based on what she observed.  Now all her contact is by telephone.

“It’s hard to be an advocate when I’m not present,” says Kaplan. “You lose your ability to be a second set of eyes when you can’t be in the building.”

Her main recourse is phoning her mother several times a day. Because Hoxie doesn’t see well, FaceTime video chats aren’t beneficial. But while she may not see her daughter’s face, she looks forward to each phone call. “Just hearing her voice makes me feel like she’s here, even though I know she’s not,” Hoxie explains.

Kaplan continues to order groceries for delivery to her mom, who still microwaves her breakfast, consisting of instant Folger’s coffee and a bowl of oatmeal, along with half a banana, one slice of toast with butter and jelly, and a glass of orange juice. Hoxie could still see fairly well when she moved in to Sunrise years ago, so she has pretty much memorized the layout of her apartment.

Toughest for the former educator are lunch and dinner, which she used to spend eating with tablemates whom she also considers friends. Now those meals are simply delivered with a knock at the door, after which Hoxie faces the sad prospect of eating alone. This is when she turns to the TV or audiobooks as company.

Exercise is limited for Hoxie, who is diligent about walking around her small apartment, albeit carefully — “because,” she says, “if I don’t keep walking, I’ll lose it.”

Kaplan worries about not only her mom but her fellow residents, whom she’s befriended through the years. “You lose your ability to make those connections when you can’t be in the building,” she says.

Kaplan and her mother have discussed the harsh reality that it could be months before they are allowed to see each other. That’s tough for both of them. Even tougher to imagine is the possibility that the dreaded virus could infect Hoxie, too.

But Kaplan says her mother has told her that she’s emotionally prepared for that prospect. “She says that she’s 93 and has lived way longer than she ever thought she would,” Kaplan explains. “She feels peaceful about whatever happens.”

Meanwhile, both mother and daughter have accepted the coronavirus waiting game. “It’s frightening to think this could go on for a long, long time,” Hoxie says. “What else can I do?”

Even at 93, the ex-teacher is still learning — but the life lesson has never been so difficult.