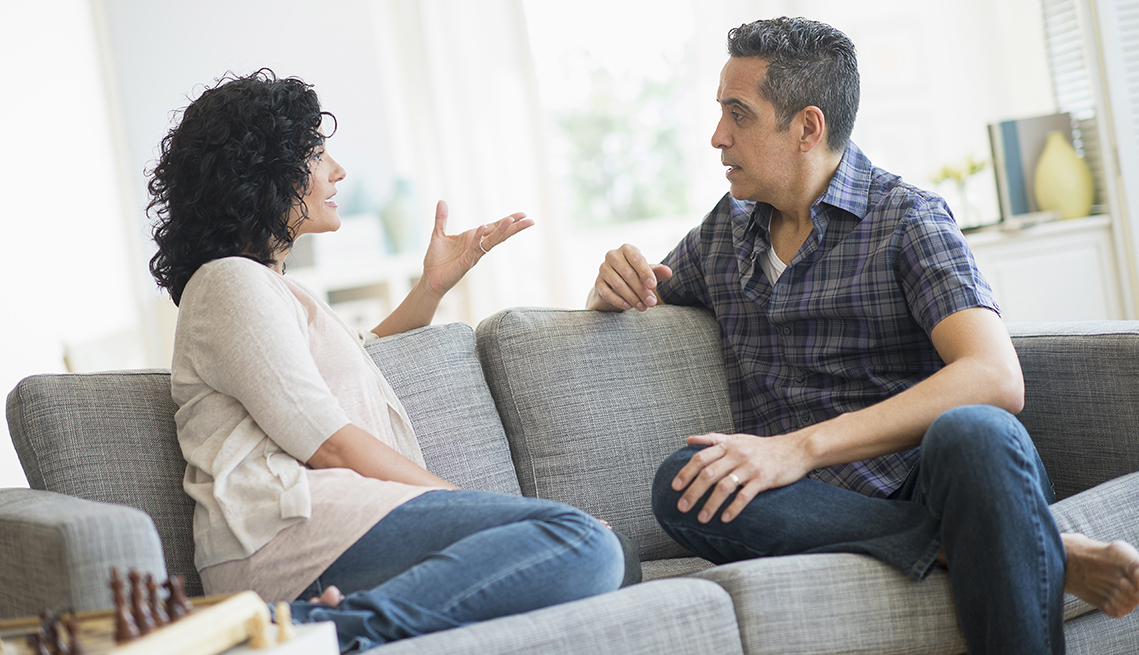 When the call came that my mother's senior living facility was locking down residents in their rooms due to a positive COVID-19 diagnosis, my stress level shot through the roof. I could hear the despair in my mother's voice and knew I'd feel the same if someone told me I'd be trapped in a two-room apartment indefinitely. Additionally, my mother isn't tech savvy, owns no cell phone or computer and doesn't subscribe to streaming services to binge shows.

My first call, no surprise, was to my two sisters, who calmly talked through various options and Plan Bs. I'm lucky to have siblings who are on the same page, both when it came to supporting caregiving decisions around my father's Alzheimer's illness and eventual death, and now my mother, as she navigates the shoals of a continually circumscribed life, complicated by anxiety and depression.

But what about the many families whose siblings can't reach agreement and bicker, or outright see things from a completely different page when it comes to a parent's care? And, to be fair, unless you are a conjoined twin, caring for an elderly parent is never going to be equal. One sibling might feel emotionally closer, one might live closer and another may simply “do more.” Preparation is the key to managing this challenging time in life, but these situations are often complicated by emotions, relationships, childhood resentments and birth-order perspectives.

"It's the rare person who moves themselves into the nursing home,” says Barbara Buell, a health care lawyer in Massachusetts who regularly deals with families and health care decisions. “More often, it's the children who have to make the decisions, so it's important to have open channels of communication and try to get on the same page."

According to Buell, the key factors to consider around an aging loved one are emotional, financial, health care and the knowledge of a health care proxy.

Dealing with an absentee sibling

Mary Harden moved back to her Wisconsin hometown to care for her 94-year-old mother. Her older sister — with a demanding career — lived nearby; her brother resided out of state. Harden was determined to keep their mother in her home for as long as possible, as well as overseeing major house repairs after flood damage. But left with making solo decisions about contractors and insurance claims, Harden felt abandoned by the siblings. Her brother called twice a day, offering no actual help, but making hollow promises to visit and pressing their mother to forgive a debt he owed her.

While Harden's mother enjoyed the last years of life and passed at home, the strained sibling relationship finally broke. Both sisters are still waiting for their brother to visit so that they can divide the family home.

"Try not to bring your childhood self to the caregiving situation,” advises Harden. “Don't hold the resentment in and continue to do it all yourself. That only leads to greater resentment."

Playing to each other's strengths

And as anyone with a sibling knows, the most innocuous things can set someone off and create a domino effect of buried emotions. Jill Williams of Indiana is the youngest of three girls. “What the three of us had to learn about dealing with elderly parents is that we each have different strengths when it comes to their care. We work well as a tag team, even though we aren't all geographically nearby,” says Williams. “I've also realized not everything my parents say is reliable. I check with my sisters first when my mom says, ‘Lynn hasn't called me in days.’ “

If fractures already exist in sibling bonds, those relationships won't magically heal at the end of a parent's life. Eileen Ganzer of Long Island, New York, never really got along with her older sister. Despite their father's do-not-resuscitate (DNR) order, they each had different approaches as he was dying. “We had opposite views about what was best, and I advocated for hospice, knowing my father didn't want to linger. My sister made such a fuss with the health care professionals that I finally disengaged and watched from the sidelines as she did everything humanly possible to keep him alive. It was painful to see him suffer needlessly,” she recounts.

"The best thing we can help our parents do when they are healthy is to come up with an advanced directive,” suggests Joan Hill, health care advocate and author of The Miracle Chase. “If you wait too long to raise the subject, it feels like you're taking away hope,” she says. “But the last thing any parent wants is to leave behind children who go into battle about ‘what Mom would have wanted.'”

When Anna Moran and her sister learned of their mother's ovarian cancer diagnosis, her sibling's response was to stay in the Hamptons. “This immediately brought up 40 years of annoyance and resentment of my sister metaphorically being ‘in the Hamptons.’ She didn't pick up on a lot of the disfunction growing up because she was blowing out her hair. I ended up carrying the weight of my family, both practically and emotionally,” recalls Moran.

"Dealing with division of labor and caregiving responsibilities led both of us to revert to our childhood, which was disastrous,” says Moran. “We began using language like ‘This is so typical of you’ or ‘You always ...’ I allowed her to slip back into her hole by not calling her and giving her a task or asking for help."

Much of the advice from individuals and experts comes down to initiating these difficult conversations well in advance.

• Have the end-of-life discussion early and try to make your caregiving wishes as clear as possible and legally binding. There are many resources at AARP to create conversations around wishes, advanced directives and health care proxies.

• Hire an end-of-life care manager (if that's in the budget) who can act as a third-party knowledgeable resource to provide local options, especially if you don't live nearby. This can also reduce decisions and infighting.

• Don't have regrets about being connected as a parent fails. When you think about them, pick up the phone and call, even if the conversation lasts a minute.

• Don't be the archetypical child who lives far away but swoops in with all the demands and “great” ideas about a parent's care. Your job as the sibling who is not on the front lines is to say thank-you to the one who is.

• Try not to bring your childhood self to the caregiving situation, but DO ask for what you need from your siblings. There is nothing more corrosive than holding in the resentment and continuing to do it yourself.

• Change language when asking siblings to pitch in, and be really specific. Instead of asking “Can you do this?” try your version of “Dad needs to go to the cardiologist on April 1 at 11 a.m. Please make arrangements to take him. Here is the doctor's number, and I told Dad you'd call and confirm with him tonight.”

• Quit expecting your siblings to be involved in the same way or with the same approach as you. Once you change expectations, you can focus on how you want to engage in the caregiving situation and operate so that you have no regrets when your loved one is gone.