When Both Pets and People Need Your Care 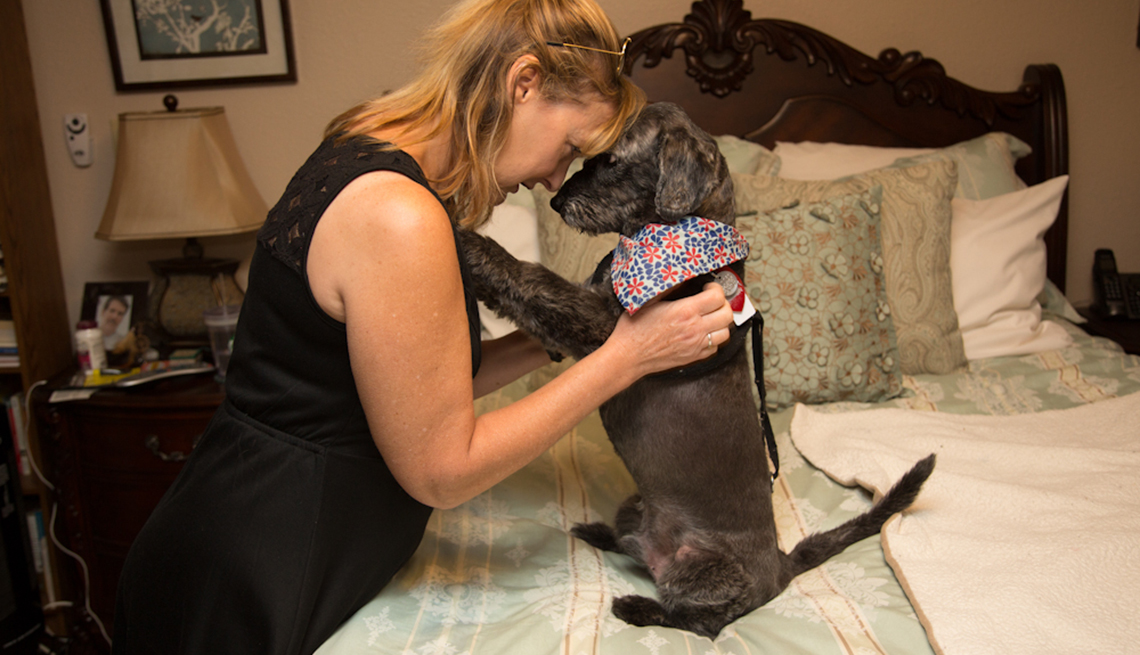 When I stepped up to the plate to care for my parents, I knew it would include caring for their service dog, Mr. Jackson. But I couldn't have predicted how much care he would actually end up needing. Now he, too, is suffering numerous serious health conditions. In fact, these days he has more medical appointments than my dad, who has advanced Alzheimer's disease (my mom has since passed away).

Many of you who are caregivers may face similar challenges and can identify with the emotional stress of caring for our people and our animals simultaneously. You also may agree with me when I say that I wouldn't have it any other way.

Even though Mr. Jackson's care is very time-consuming and logistically complicated on top of caring for my dad, I truly consider him my partner in caregiving. He has also become my best friend.

He remains my dad's constant companion and helper. But he has suffered from inflammatory bowel disease and pancreatitis for several years and recently had a cancerous tumor removed from his liver. He has arthritis in his spine and some in his hips. He has a tumor on his pituitary gland and may be developing Cushing's disease from it, but he has been on steroids for his bowel disease for two years, and his hair loss may be due to that. He has also lost a lot of weight. We don't know his age (he was a rescue), but the veterinarian estimates that he is nearly 14 now.

These days I care for Mr. Jackson much in the way I care for my dad, integrating Western medicine and complementary approaches. He receives acupuncture and Kokoro canine body care (a combination of Reiki, massage, kinaesthetics and acupressure), and since his cancer surgery he has had several canine physical therapy sessions involving exercises and swimming.

Because of his intestinal issues, his appetite isn't great, so I have to hand-feed him to get him to eat most of the time. He also takes several medications, but getting him to take his pills hasn't been easy. 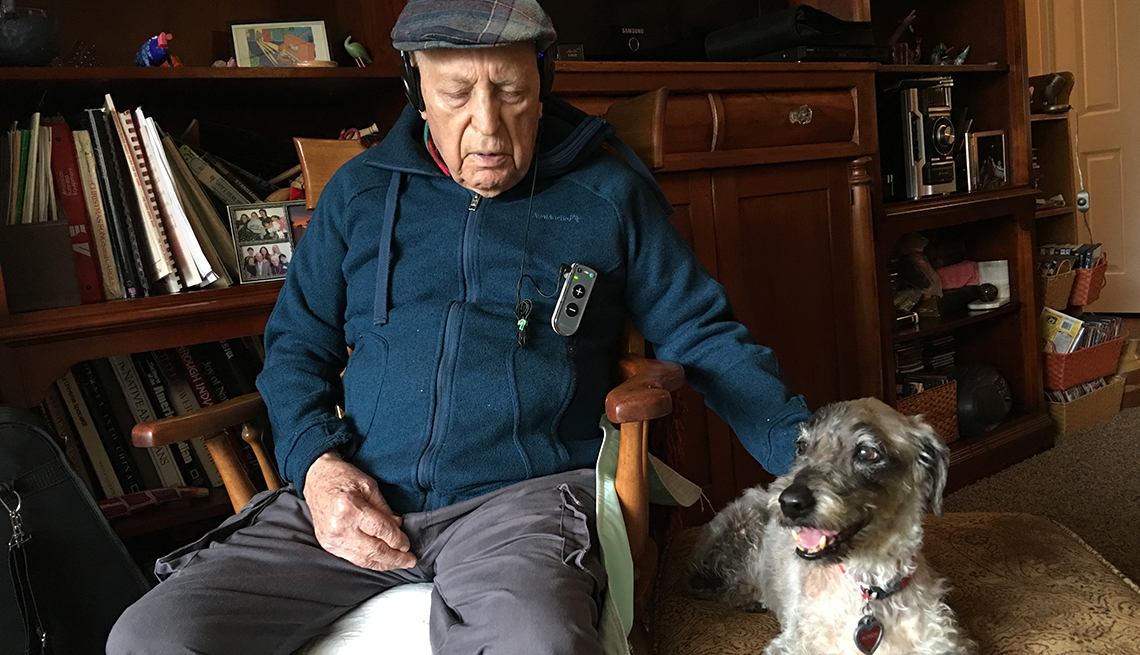 Clearly, I want Mr. Jackson to feel as good as possible and have every chance for optimal health so he can stay with us as long as he is comfortable. He continuously surprises me with his resiliency (we call him the Comeback Kid).

But why such effort? Because of Mr. Jackson's love and devotion for my father. No matter how sick our dog may feel, he always has his eye on Dad. His dedication often brings tears to my eyes.

In the past four years we have lost my niece, mother and sister. My dad is 92, and his Alzheimer's and heart diseases are progressing. So I know I am facing another deep loss, possibly in the not-so-distant future.

The thought of losing Mr. Jackson, too, is more than I can bear, so I hope he will continue to fight the good fight. And I will keep caring for him, just as he cares for us.