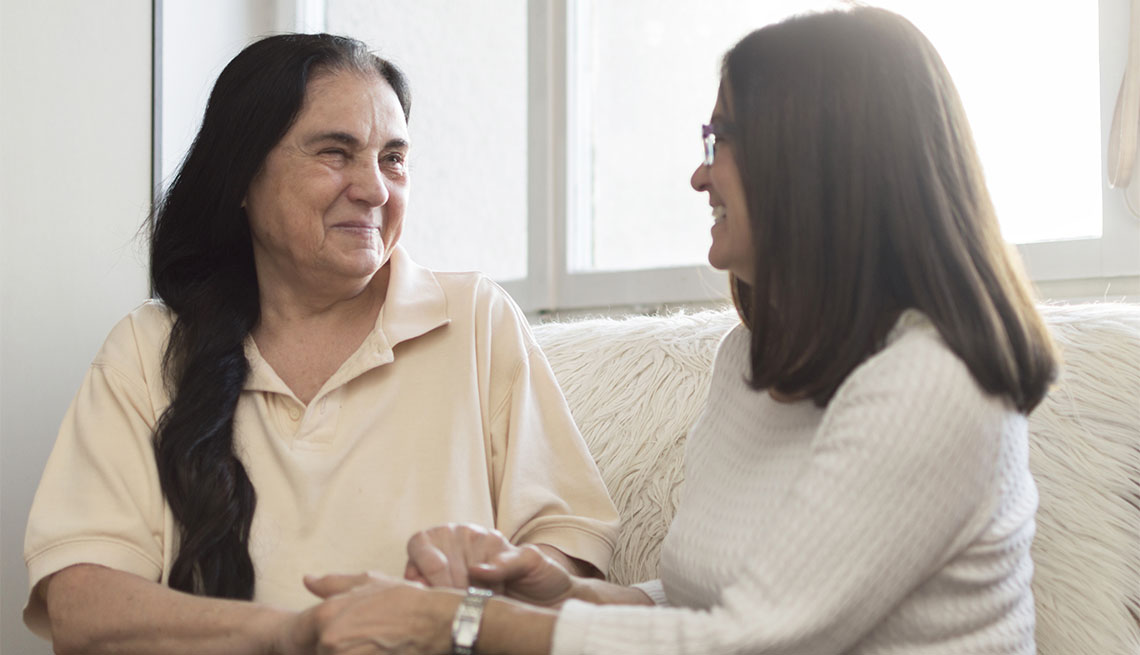 An estimated 41 million family caregivers in the United States provided 34 billion hours of unpaid care to adult loved ones in 2017, according to AARP's 2019 Valuing the Invaluable report, the latest in an ongoing series of reports that look at the contributions and needs of family caregivers across the country.

Part of that means highlighting caregivers’ economic impact. The report estimates that the approximately 34 billion hours caregivers contributed in 2017 were worth $470 billion — more than total out-of-pocket spending on health care in the U.S. that year ($366 billion) or all money spent on paid caregiving in 2016 (also $366 billion).

Family caregivers, Reinhard says, have often been thought of as an “invisible army.” But without adequate support, they remain vulnerable to financial and job-related hardships as well as emotional stress. 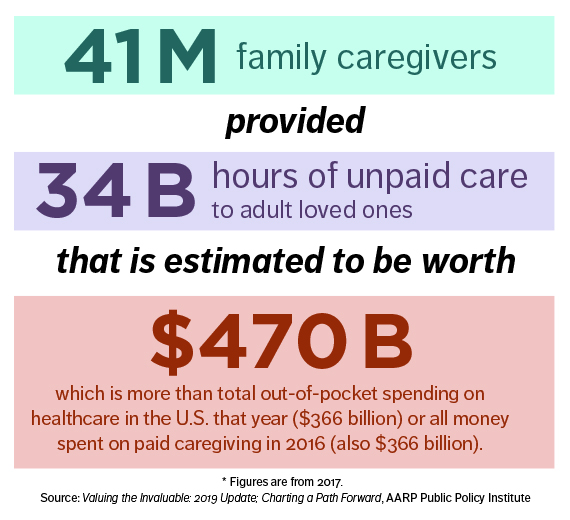 The report also examines changes in state and federal policies that aim to better support caregivers, though more progress is needed. Forty-three states and territories have passed the Caregiver Advise, Record, Enable (CARE) Act, an AARP initiative that helps the caregiver when a loved one enters a hospital and, after treatment, transitions home. In 2018, Congress passed the RAISE Family Caregivers Act, which directs the development of a national family caregiving strategy.

But support doesn't have to come through legislation, Reinhard notes. Something as straightforward as flexible workplace policies, like the ability to use sick days for caregiving needs, can be tremendously helpful.

A comprehensive system of caregiver support is especially important in light of what the report calls the growing “care gap,” the increasing difference between the number of people growing older and the number of loved ones who are available to care for them as they age.

And societal support, the report notes, must also take into account who caregivers are in order to best meet their needs. Nearly 1 in 4 caregivers are millennials, 40 percent are men, and 40 percent represent multicultural communities. The type of care they are providing to their loved ones is also increasingly complex, like giving injections or caring for wounds.

Those tasks are often added on top of an already full workload: The report found that 60 percent of caregivers are employed either part- or full-time, a trend that is expected to increase in the future as more caregivers balance the demands of employment and complex caregiving.

"This enormous group of people really requires our help and support if they are going to be able to continue to do their work,” Reinhard says, “which is so fundamentally important to not just their family members, but to society as a whole.”