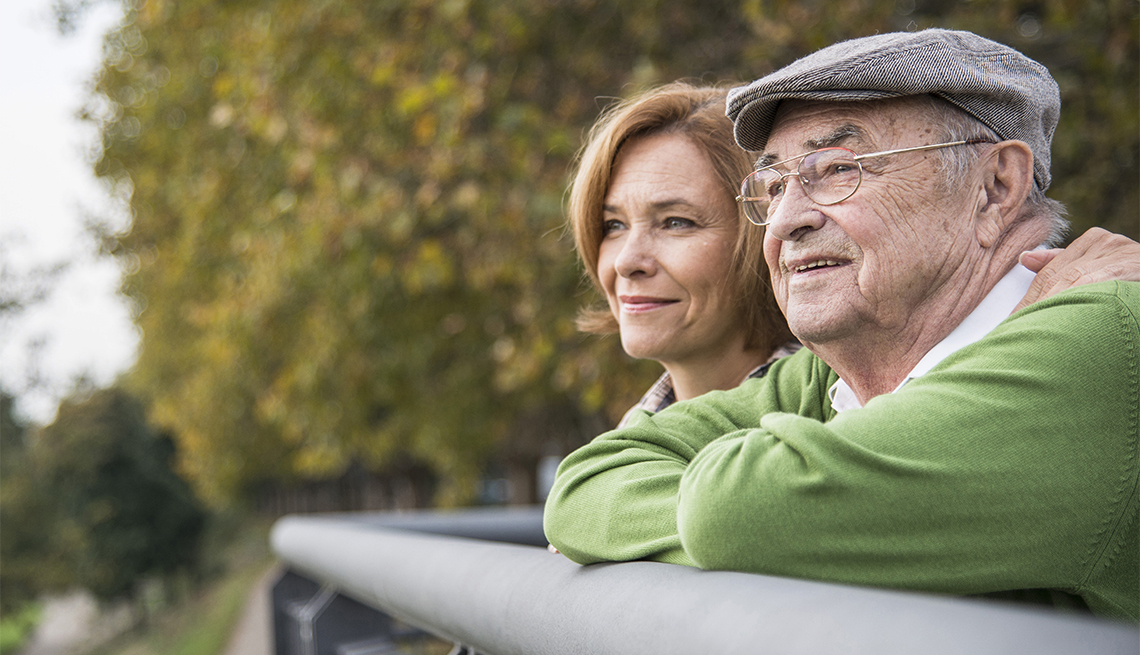 En español | In the superbly acted 2007 movie The Savages, Laura Linney plays Wendy Savage, a single, struggling, middle-aged woman who, along with her brother (Philip Seymour Hoffman), is suddenly thrust into the role of family caregiver for her estranged father with dementia. Wendy is initially ineffectual and a bit scattered. Up to that point, she had approached her work and significant relationships hobbled by insecurities and indecision. She now feels overmatched by her responsibilities for her dad. But in this feel-good story about personal transformation through overcoming adversity, she discovers her own capabilities as an organizer and advocate and gains an inner confidence through caregiving that carries over to every other facet of her life.

Is this Hollywood fairy tale plausible? For the meek, the unassertive and the tentative, the prospect of interacting with doctors, managing medications and soothing confused and agitated loved ones as the primary caregiver is daunting. They have doubts about their medical knowledge, physical strength and emotional fortitude. Their lack of confidence makes them jittery and creates its own bad effects. Their care receivers react to their nervousness by becoming anxious and more difficult to work with. Other family members, too, sense these caregivers’ apprehension and begin second-guessing them, causing them to feel even less sure of themselves.

But in real life, many individuals somehow grow through playing the caregiver role. They learn to do things they never dreamed they were capable of. They weather crisis after crisis and slowly gain trust in their own determination and competence. They learn to talk directly and commandingly to doctors, home health aides and insurance company representatives and face down know-it-all family members. They become stronger, tougher and better people by the time the caregiving is over.

How can family caregivers achieve such personal transformation and movie-like happy endings? Here are some ideas:

Approach your caregiving responsibilities with a learning mind-set

The first line of the well-known book Zen Mind, Beginner's Mind reads, “In the beginner's mind there are many possibilities, but in the expert's there are few.” In other words, beginners are better learners. They are open to fresh ideas and more willing to take chances and be creative than so-called experts who are constrained by convention. Most importantly, beginners are more self-forgiving. They know they are going to make mistakes and fall on their faces; they will then pick themselves up with some embarrassment but also new knowledge. Despite caregivers’ fears, it's highly unlikely that any mistake they make will significantly harm the care receiver. Rather, the caregivers will self-correct and hone their skills to do a better job over time.

Trust in your personal knowledge of the care receiver

It makes sense that new caregivers defer to professionals’ expertise about their loved one's condition. It doesn't make sense that they defer to professionals’ expertise about their loved one. Caregivers know the care receiver's history, hopes and dreams, habits and personality quirks. They know the environment in which they live and the culture they're from. Most professionals never bother learning any of this. But because most of the chronic and debilitating illnesses care receivers suffer from aren't fully remediable by medical treatments, what the caregivers know about the care receiver is what matters most. Caregivers should trust their expertise in this regard and make their voices heard in hospitals, emergency rooms, and medical and social service offices.

You are your loved one's top advocate

As caring as most professionals are, they still go home at night and largely put their patients and patients’ family members out of mind. As family caregiver advocate Carol Levine put it years ago, family caregivers are “always on call,” caring, worrying and doing round-the-clock. There is no one else in the world who is going to care as much about the care receiver as the family caregiver does. It's crucial to believe that that level of devotion is healing in and of itself.

Your newly acquired skills will help lead the caregiving team

They also learn about themselves: that they can handle difficult times, that they can do their best and stand proud. Those are lessons that have value in any walk of life.