Take a Look at Corvette’s Evolution Over the Years

En español | Chevrolet's 2020 Corvette already is creating a stir, in part because the newest version of the iconic sports car is priced a smidge less than $60,000. That alone is considered a feat in the global sports car world.

The new Vette, with long aerodynamic lines and super high-tech features, is the eighth generation of a car that captured the American spirit after World War II (it debuted in 1953). But for the first time, it has a mid-engine design, meaning the engine is positioned between the front and rear axles.

The Vette was created after GIs who served in Europe in World War II got a look at European sports cars. Air Force Gen. Curtis LeMay, who was a friend of then-Chevrolet engineer Ed Cole, suggested to him that the U.S. build one of its own,” says Katie Ellison, marketing and communications manager at the National Corvette Museum.

"It's the car that would be featured on posters on your bedroom wall or on your notebook, backpack or lunch box. You'd collect the Hot Wheels cars that were little model Corvettes and hope that when you grow up, you could one day buy one,” Ellison adds.

Although GM didn't make much money on the car overall, it gave a greater image to Chevrolet and brought people into their showrooms, says Arthur Bell, vice president of the Corvette Club of America.

Since its first model, the Corvette has been “the only vehicle to survive that long in its same name and brand. It's mother, baseball, apple pie, all that association,” Bell says. “It's just a very inspiring automobile.” 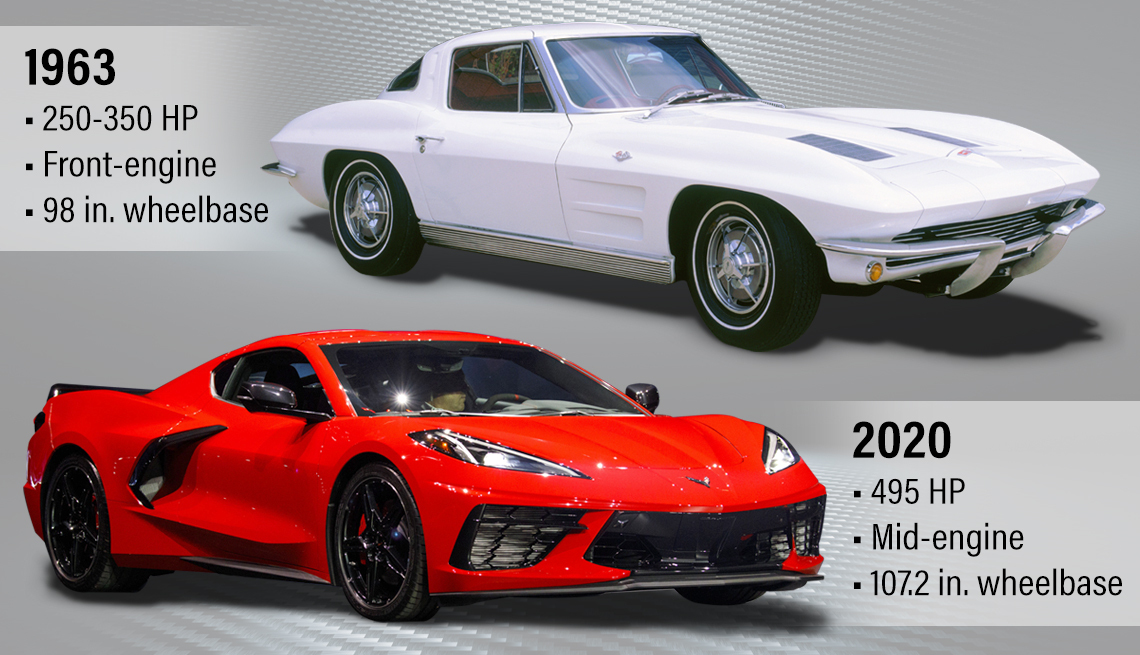 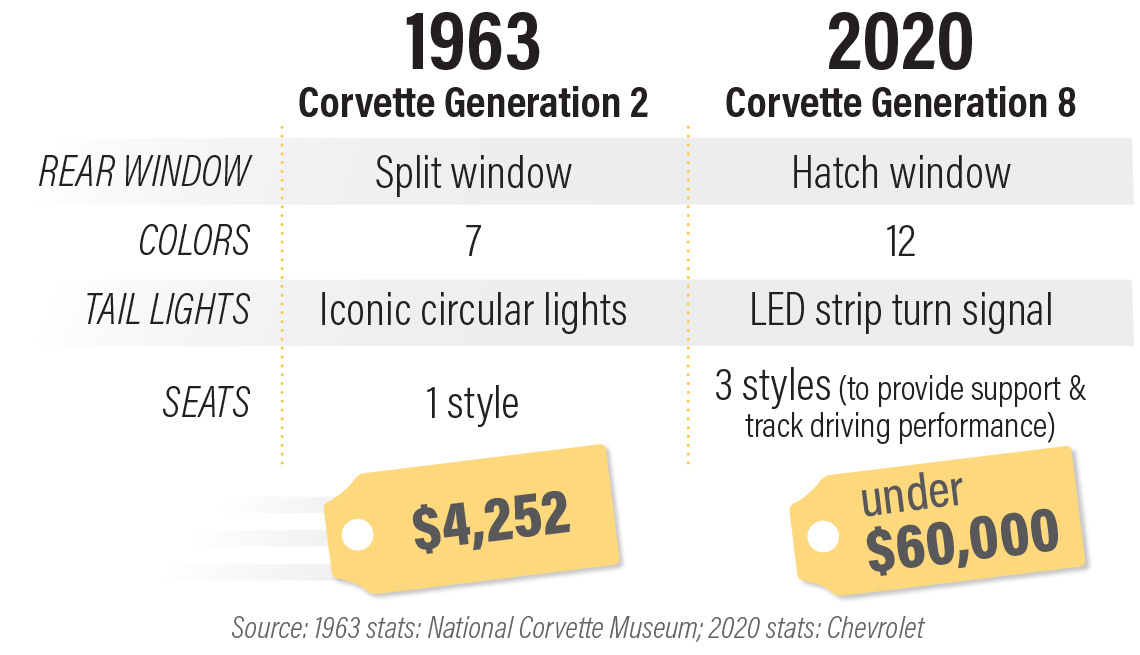