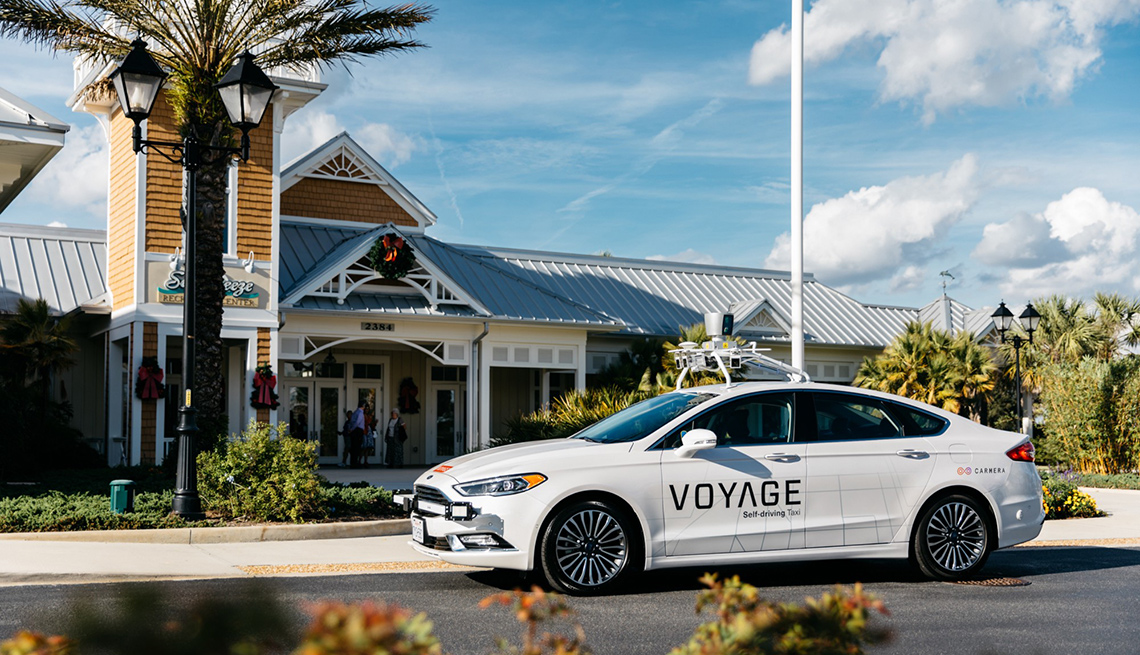 The service will allow residents to use a mobile phone app to summon the company’s self-driving taxis.

A self-driving taxi company based in California's Silicon Valley plans to start providing rides early this year in The Villages, a retirement community of 125,000 residents in Florida, in what could become the biggest test so far of the benefits of autonomous-vehicle technology for older Americans.

The Voyage taxi company said on its website that when fully operational its service will allow residents to use a mobile phone app to summon one of the company’s self-driving modified Ford Fusion taxis to pick them up and take them wherever they want to go in the expansive community, which has 750 miles of roads and three downtown areas.

Voyage’s vehicles will navigate with the help of continuously updated three-dimensional digital maps of the community being created by Carmera, another tech company. The Daily Sun, a local newspaper, reported that initially the vehicles will have a human operator riding along as a backup.

Voyage began trying out its taxis in a smaller retirement community in San Jose last year, but the Florida community would provide a far bigger test of the self-driving vehicles’ promised benefits for older people.

Steven Polzin, a mobility policy researcher at the University of South Florida, said driverless taxis could provide low-cost transportation for older people who are no longer able to drive because of limited vision, slower reflexes or cognitive declines.

Polzin said The Villages community also is a good place to test self-driving vehicles because it has newer, better-quality roads and less congestion than a busy urban downtown. Self-driving technology isn't yet advanced enough to deal with snow and sleet, so Florida's climate will be another benefit, he said.

Fred Briggs, a Village resident and president of a 16,000-member homeowners advocacy organization, said he’s excited about the driverless-taxi rollout. “I’m 76, and there will be a time when my wife and I will not feel comfortable driving out to a restaurant in our golf cart at night,” he said. “This will be perfect for people like us.”