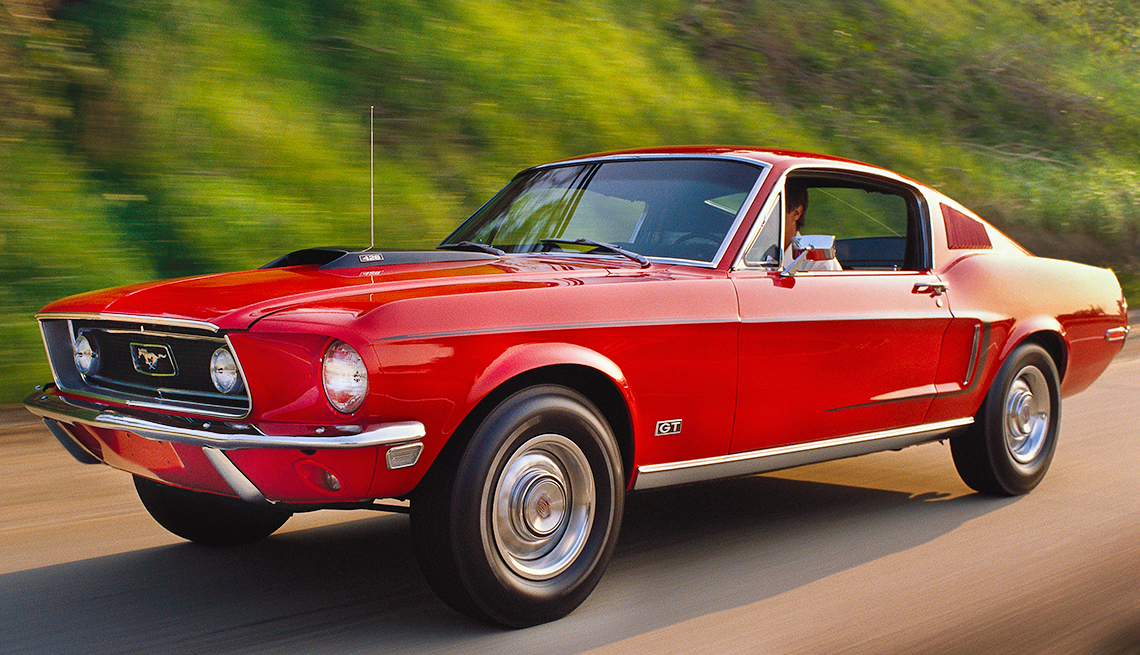 En español | If you're thinking of buying a classic car, there's something very important you need to be aware of. That well-aged four-wheel beauty that kicks your pulse up a notch also is unsafe, at least by today's standards.

And you can't easily or inexpensively compensate for a classic's lack of the safety features we take for granted nowadays.

With a collector car of the '60s and '70s, "you can end up building a brand-new car when safety issues are considered, compared to today's cars," says Gordon McCall.

McCall is a veteran of classics: a restorer, collector, driver and racer of vintage vehicles. He's also CEO of McCall Events, which produces motor sports events.

Here are six safety upgrades to keep in mind when shopping for a classic car. None of the modifications is inexpensive, and some, such as steering and chassis changes, can run into thousands of dollars.

Purists might object to installing or replacing safety belts in classic cars that didn't originally have the lap-shoulder belts standard today. But they are a safety feature that could save your life. That's considered so important, McCall says, that some "car shows look the other way if it's a safety issue," judging and scoring a newly belted car as if it were original.

You can buy lap-shoulder belts that fit older cars. If you're handy, you can install them yourself. But because belts are a key safety feature, at least consider professional installation.

McCall says a good way to learn where the belts should be mounted is to read the rule book for an organization such as the Sports Car Club of America (SCCA), which requires high-end belts in racers. A rule book "explains where attachment points should be and how they should be reinforced," he says.

No classic is likely to have antilock brakes, which allow a driver to keep steering control while slamming on the brakes, and prevent skids when panic-braking on slick surfaces. Nor will the brakes likely be today's modern, fade-resistant disc brakes.

You can buy kits that convert the old-style drum brakes to newer disc brakes on the front wheels. The front wheels do most of the work when you hit the brake pedal and the weight of the car transfers forward.

Or you can use setups from newer versions of your classic car or truck. "On a '63 split-window Corvette, I put brakes from a '65 Corvette," McCall says. "They bolted right on."

If they're bias-ply, as on many classics, they'll lack the stopping, steering, cornering, traction and mileage-enhancing prowess of today's radial-ply tires.

Radials were pioneered in the U.S. by Ford Motor, which made radials standard on the 1970 Lincoln Continental Mark III.

Radials that resemble the originals — whitewalls, red stripes, raised lettering on the sidewalls — are available from online sites and specialty tire retailers.

Careful, though. Pre-1975 wheels aren't safe with radials, warns the Specialty Equipment Market Association, a trade organization for sellers of auto accessories. Radials can cause older wheels to crack because the tires put pressure on the wheels differently than bias-ply tires do, SEMA says. So your classic might need new wheels designed for radials.

Compared with today's rack-and-pinion power steering, the steering on a classic will feel less precise and might lack power assist.

The big steering wheels in older cars gave drivers leverage over non-power-assisted steering. If you prefer a smaller steering wheel, you'll give up the leverage and could find it hard to turn at low speed. You might not be able to swerve around a problem.

It's possible, though ambitious, to replace the entire steering mechanism with a version of modern rack-and-pinion power steering. That'll give you better control and minimize driver fatigue.

The sealed-beam units on older cars don't throw as much light as the later halogen headlights, or the high-intensity discharge (HID, aka xenon) lights.

Replacement kits are available for some models that swap the old lights with halogens or HID lights without changing the appearance.

Not all fans of classics — McCall included — like them. Drivers start to think they don't have to look around before backing, the argument goes.

But a 2010 government report said that 210 people die every year and 15,000 are injured in backup accidents. About 31 percent of the deaths are kids under age 5 and 26 percent are adults over 70.

Federal regulations say that all new vehicles must have back-up cameras starting in May 2018.

You have many choices for retrofitting a back-up camera system. They include license plate frames with back-up cameras unobtrusively built in; systems that pipe the camera images to your add-on navigation unit; and multipiece rigs with several individual cameras and add-on driver view screens.